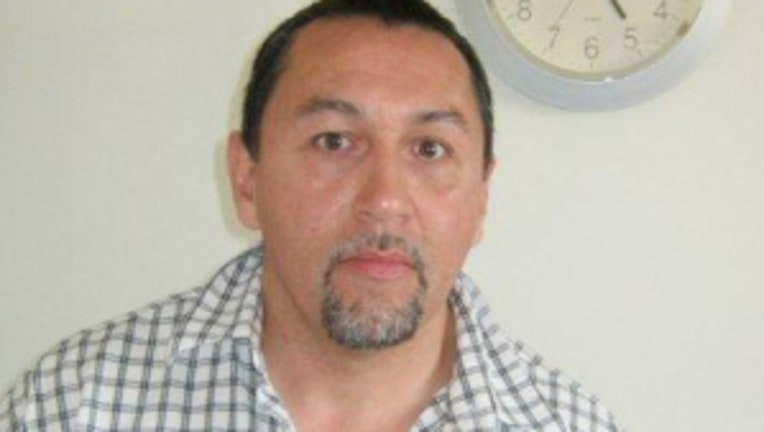 Michael Stanley, 48, who police say is a violent repeat sex offender, may be somewhere in Washington.

Police in Edmonton, Canada, said Stanley, who had cut off his monitoring ankle bracelet, crossed the border and entered Blaine, Wash., on Monday.

The CBC quoted U.S. Marshals Service Acting Deputy Chief Jack Williams on Friday as saying that U.S. investigators are working with Canadian authorities to find out how the 48-year-old entered the U.S. despite a Canada-wide warrant issued a week earlier.

The CBC said Alberta Justice confirmed that Stanley was born in Washington state, and U.S. authorities told CBC News that he is an American citizen. Some of his extended family still live in Washington, state police say.

A spokesman with Alberta Justice says that they are working on getting a provisional arrest warrant, which would allow U.S. authorities to detain Stanley.

Police in several provinces have been searching for Stanley since he cut off his electronic monitoring bracelet on Oct. 1 in Lloydminster, located on the Alberta-Saskatchewan border.

Stanley was released from prison in April 2011 after completing a 32-month sentence for assault and forcible confinement. One of the conditions of his release was that he wear an electronic monitoring bracelet.

He has a long history of sexual offenses dating back to 1987, the CBC said, adding that Stanley has a history of taking children from playgrounds.

In 2006, he was sentenced to serve time for assault and unlawful confinement after luring two mentally impaired boys to an Edmonton apartment. One boy was 13, and one was nine.

In the late 1980s, Stanley spent nine years in prison for the aggravated sexual assault of an 82-year-old woman who was in a wheelchair.