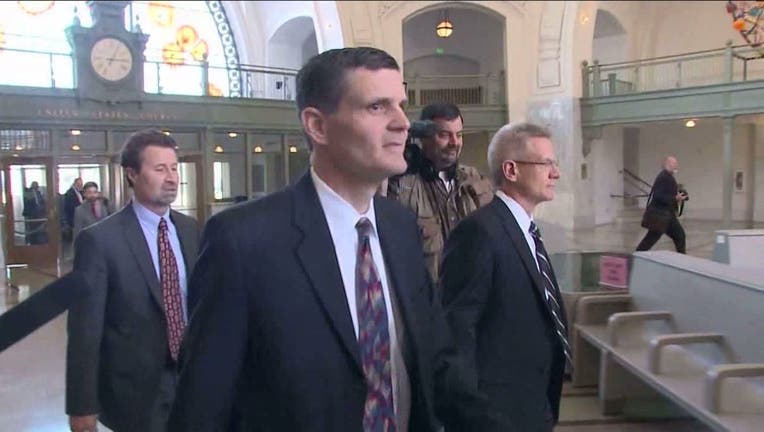 OLYMPIA, Wash. - A former Washington state auditor has exhausted his appeals and now faces a 366-day federal prison sentence after the U.S. Supreme Court denied a petition for review of his case.

That denial Monday represented the last avenue of appeal for Troy Kelley, who has been fighting his 2017 conviction for possession of stolen property, tax fraud and making false statements, The Northwest News Network reported.

"(I)t is past time for Mr. Kelley to begin his prison sentence," said Acting U.S. Attorney Tessa Gorman in a statement.

The case against Kelley stemmed from his work in the real estate services industry before his election as state auditor in 2012.

Kelley, who previously served as a state lawmaker, was accused of keeping millions in fees that should have been refunded to escrow company customers. Later, prosecutors said, Kelley tried to hide the money by moving it through wire transfers while also creating an off-shore trust in Belize.

Kelley’s first trial in 2016 ended with the jury deadlocked on all but one count, on which he was acquitted. Federal prosecutors tried him again in 2017 and won convictions for several of the charges, but he was acquitted of money laundering.

Kelley was sentenced to a year and a day in prison and a year of supervised release, far less than prosecutors sought.

Kelley and his attorneys appealed to the 9th U.S. Circuit Court of Appeals and, eventually, to the U.S. Supreme Court.

In their request for Supreme Court review, Kelley’s lawyers said his case raised two constitutional questions: whether someone can properly be convicted of possession of stolen property for breach of contract and whether his conviction violated the prohibition on imprisonment for debt.

The U.S. government waived its right to file a response to Kelley’s petition. That the Supreme Court declined to take his case is not unexpected.

It’s not clear when Kelley will begin serving his sentence.

In a statement Tuesday, Kelley’s attorney Angelo Calfo said, "It’s been a long road for Troy."

He also criticized federal prosecutors in Seattle for pursuing the case.