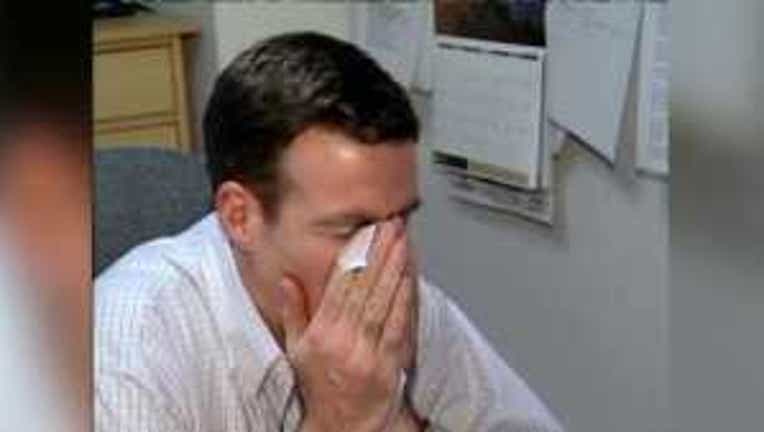 SEATTLE -- The flu is now spreading so quickly that some U.S.  health officials are calling it an epidemic. But it's no longer just  flu that doctors are seeing. More people are also coming in with other respiratory illnesses.

On any busy corner in downtown Seattle, there is countless things people touch that easily transfer germs -- from the railing of an escalator, a parking meter, a door handle to the buttons on an ATM.

Then you have the workplace: Close contact is the perfect recipe for widespread illness.

He added that half of his 10-person team is sick, and it may not just be the flu.

“We've had a lot of people coming in for the cold and asking how to treat it,” agreed pharmacist Charina Peterson.

Local pharmacists and doctors are also seeing a spike in respiratory illnesses such as sinus infections and a severe type of the common cold.

“Just the simple cold, most people don’t get a lot of fever, chills, muscle pain. We are talking about high fever and feeling really sick,” said Dr. Jing Jin with Doctors Express.

Over-the-counter medications are the best remedy for the cold. Ostroms Pharmacy in Kenmore has no shortage of them, but it’s the flu shots flying off the shelves.

“We've been out and had to order a couple of times,” said Peterson.

Ostroms says they are getting five times as many people coming in for flu shots this year compared to last. With the flu raging across 41 states and overwhelming hospitals, Washington is bracing for the worst.

“Just don’t go anywhere, and don’t do anything. Don’t talk to anybody,” joked Leslie Bachelor.

Doctors recommend that whether you are outside or inside, protect yourself, cover your coughs, and wash your hands.

Doctors say many healthy people can beat the flu on their own. But elderly people, children, pregnant women and others with health conditions should see a doctor.