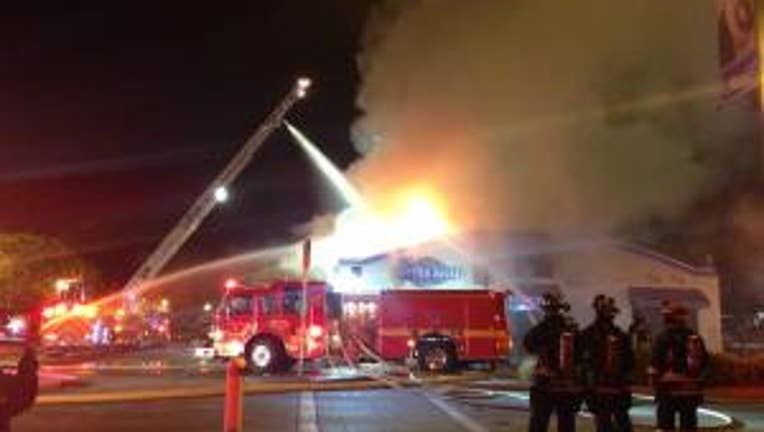 Shortly after midnight, firefighters responded to the restaurant at 320 4th Ave. W. When they arrived, heavy smoke and flames were coming from the restaurant. Crews remained on scene throughout the night and additional crews were called to assist. No one was in the restaurant when the fire started.

The eatery is located in a building that housed the Olympia Oyster Company, its website says. The oyster shucking facility is known to have been providing the West Coast with oysters as dating back to 1859. In 1948, the restaurant evolved into a full-scale dining establishment and it underwent another renovation in 1995.

"It’s a well-known landmark, a popular business here in town," Deputy Fire Chief Greg Wright said. "This is also Lakefair week for us so there’ll be lots of traffic and foot traffic in here and the park. We’ll have issues with traffic in the downtown because of this. too."

Tom Bennett, owner of the Oyster House for the last 17 years, said the fire started in the kitchen. He said they are uninsured, but they will rebuild the restaurant "better than before."