Dozens of people came together for a silent bicycle ride for 13-year-old Michael Weilert, a teen cyclist killed in Parkland.

PARKLAND, Wash. - It’s been less than a month since 13-year-old Michael Weilert was struck while in a crosswalk on his bicycle in Parkland.

On Sunday roughly 100 cyclists gathered for a "silent ride," which ended at his roadside memorial at 134th and Pacific Avenue where he was struck by a car in July.

Amber Weilert, Michael’s mom, said it was a special day – one of the few she’s been able to muster a smile since the accident. 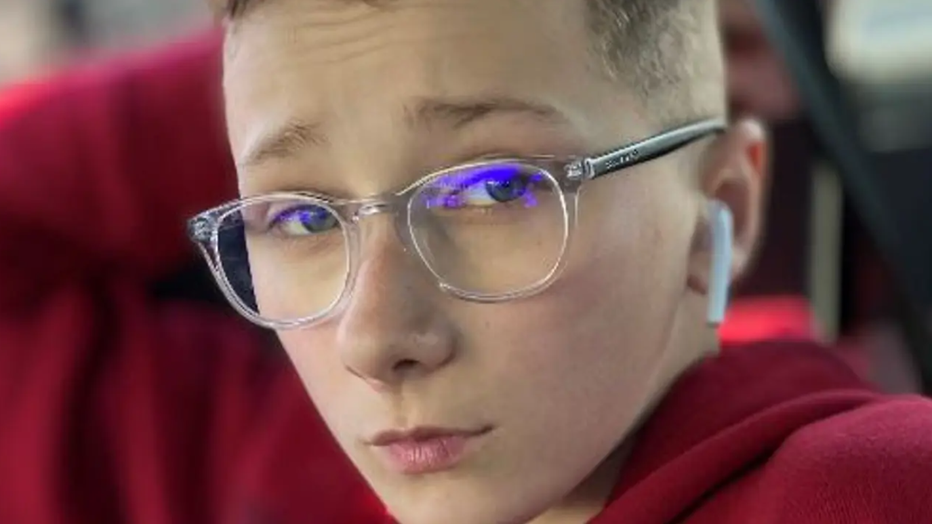 Michael Weilert was killed when he was struck by a car while crossing the street in a crosswalk in Parkland.

"He would have loved this," she said, noting he was an avid bike rider. "Michael probably has 20 friends here today, and I couldn’t imagine something like this happening to them, or for their parents to feel this way. I want to make sure it doesn’t happen to them."

A handful of his friends took part in Sunday’s ride – one told FOX 13 it was hard to imagine he’s gone, adding: "he was such a good guy, he was like a brother."

While the ride is meant to honor Weilert, it was also meant to raise awareness. The bicyclists took over two lanes along Pacific Avenue for a short while. One organizer noted: the roads are meant to be shared.

Family and friends gathered on Saturday to honor the 13-year-old who was hit and killed crossing the street in Parkland.

"We matter and we have the power as a group like this to advocate and make things safer for people walking and biking," said one organizer on a loudspeaker as the group gathered near Weilert’s memorial.

Christopher James, a 2nd Cycle board member was on-hand collecting signatures from everyone to send to elected-officials urging them to enforce laws in place.

"We don’t need new laws, we need to enforce the current ones," said James pointing to speed limits, and a state law that requires cars give bicycles 3-feet of safe passage.

"After the pandemic people are driving, like, 100mph. For what? To save 4 seconds while you put someone’s life at-risk. Is it worth it?"

As for Amber Weilert, she said this is the beginning of her using her voice for her son’s legacy. Her long-term goal is to make things safer on the road for everyone.

"I never thought of myself as an advocate," she said. "Of course I want people to be safe, but it’s really born a new person into me. This has become my number one priority."