ANACORTES, Wash. - It’s been two years since Laynee Westbrook and her dog Precious vanished under suspicious circumstances.   Anacortes Police say detectives are continuing to search for answers regarding what happened to her and who might have been involved in the case.

"Recently, the investigation included the July excavation of a site in rural Skagit County, along with other relevant reports entered into the case file by APD detectives as recently as Sept. 7. Current investigatory pieces include analyzing digital data, obtaining search warrants for both digital and physical evidence, and a recent collective case review that included the APD, the Skagit County Prosecutor’s Office, the FBI and other agencies with a vested interest in this case," said the department in an update posted on Sept. 11, 2022 on www.anacortesnow.com.

"There are not a lot of factors that are in our favor with this case," APD Chief Dave Floyd said. "The ones that we have could be extremely key pieces when we get to the point that those factors come into play. For now, releasing those pieces could jeopardize the case as it stands. We understand and share in the frustration regarding this case felt by Laynee’s loved ones and her community."

Since the night she was last seen, police say there has been no activity on her phone or bank account.

Some of Laynee’s loved ones say they know something happened to her that night. They just don’t know what.

"I'm not ready to give up not yet, not until I know something. There are miracles that happen. I can't let go. I can’t let myself fall apart yet," says Laynee’s mother Barbara Kopp.

Laynee’s loved ones are fighting to keep hope alive, but as time goes by, it gets harder.

"Anybody that loses a child where you don’t know anything ... we come from a small town and somehow there’s nothing," says Kopp.

She says she is in disbelief at the lack of information in her daughter’s case.

Laynee, 41, worked at Safeway. Family members say her dog Precious is like her baby. 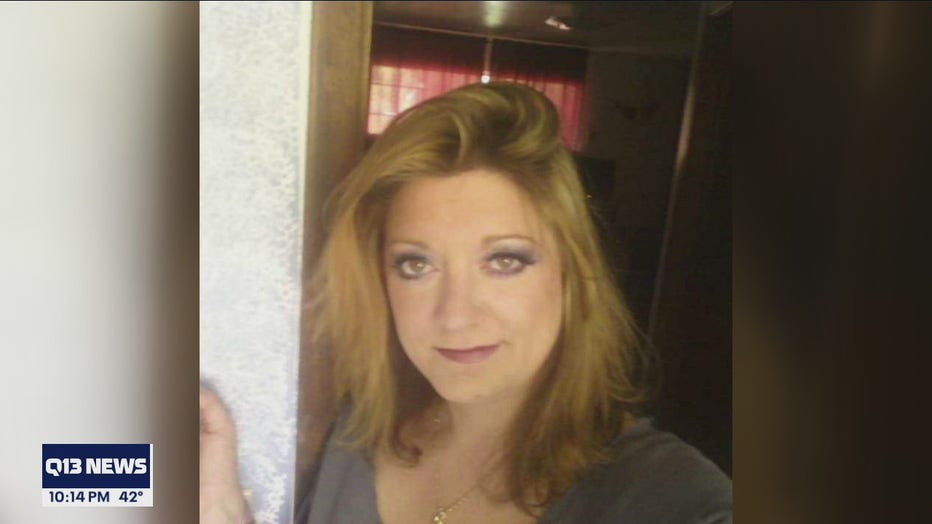 On September 10th, Laynee and precious were seen getting picked up by a man she knew. Surveillance video around 7:30 p.m. showed Laynee coming into a Chevron, exiting and getting back into the Dodge Ram with the man who picked her up.

From there, investigators only have the word of the man she was with that night to go off of.

"They had went to a nearby campground and enjoyed a dinner together and then she was taken home later than evening. So at this point, we're not able to confirm that either way," says Anacortes Police Captain Dave Floyd.

The man Laynee was with that night has been questioned. He stands by his account that he dropped Laynee and her dog off a few blocks away from their home around 3 a.m. and hasn’t heard from her since.

Surveillance cameras show she and her dog never returned.

"We recognize that foul play is a possibility due to the amount of time that’s gone by since her disappearance. Unfortunately, there’s no evidence to indicate the presence or absence of foul play, which is one of the factors that makes our investigation that much more difficult," says Captain Floyd.

"You can’t wrap your head around it. She has grown up here. Everybody knows everybody, but then all of the sudden nobody knows anything. It doesn’t make sense," says Laynee’s mother.

As she holds onto hope that her only daughter will be found safe, her worst fear is never having any answers at all.

"I can never rest in peace without knowing where Laynee is. I can’t even imagine. I can’t think that way."

Investigators tell us they are looking into several possible persons of interest. They hope to get new information to point them in the right direction.

The most recent major developments came as the result of citizens stepping forward with information they feel is relevant. Anacortes Police encourage anyone else with pertinent information to do the same and come forward.

Laynee’s family is offering a $10,000 reward for information leading to Laynee’s whereabouts.  If you have any information regarding the disappearance of Laynee Westbrook, please contact the APD’s non-emergency line at 360-428-3211, or leave an anonymous tip by calling 360-299-1985.