According to Chief Meteorologist Lisa Villegas, a wind advisory was in effect for the foothills from Monday evening until 8 a.m. Tuesday. Winds were especially strong through the Cascade gaps as they continued from the East. Once the winds shift out of the South, they will weaken for this area.

As of 10 p.m. Tuesday, Puget Sound Energy said there were 76 active power outages impacting just over 3,650 customers. According to Seattle City Light, nearly 812 customers were without power.

On Tuesday morning, the Bethel and Highline school districts, and University Prep announced their campuses would be closed due to a power outage. Some schools in the Issaquah School District and Seattle Public Schools were closed because of outages.

Crews are working to clean up and reopen roadways after trees fell overnight. 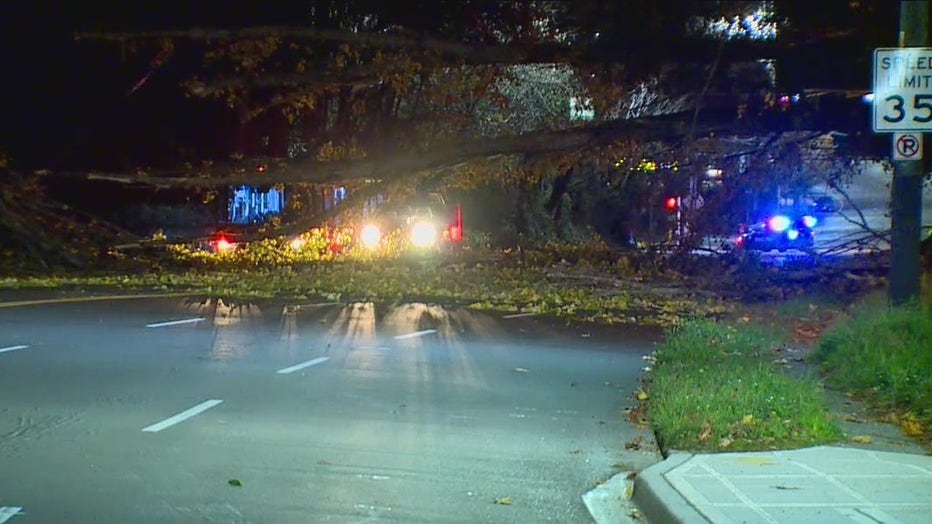 The Seattle Department of Transportation reported a downed tree at Lake City Way Northeast and Northeast 95th Street after 11 p.m. in the Lake City Neighborhood.

When FOX 13 News arrived at the scene a fallen tree limb was over the roadway. Several power lines were also down in the area. No injuries were reported.