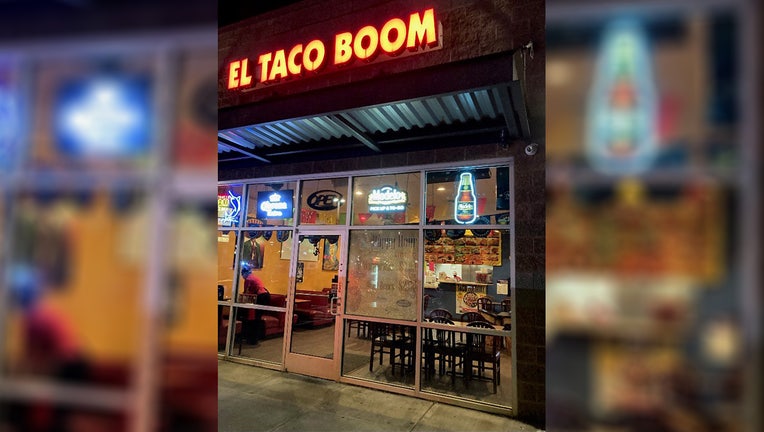 EVERETT, Wash. - Police are searching for multiple suspects after an apparent gun battle broke out in a restaurant parking lot Wednesday night.

According to the Everett Police Department (EPD), deputies were on call near the corner of Pacific Highway and Center Road when they heard gunshots just after 10:00 p.m. Officers saw a group of men run away from the El Taco Boom restaurant, so they went to investigate.

When officers arrived, they found out multiple shots had been fired in the parking lot, with one bullet striking the building's front window.

Authorities immediately deployed drones and a K9 team to search for any suspects, but they could not find anyone.

After looking through surveillance footage and video taken from witnesses, the EPD discovered that a group of three men walked up to a parked car and immediately began shooting at it. As the car drove away, someone inside the car stuck a gun out the window and shot back.

EPD officers eventually found the car without anyone inside, and impounded it pending a search warrant.

12 customers were inside El Taco Boom during the gun battle. Thankfully nobody was injured. In addition, bullets damaged three other businesses, and three parked cars.

Anyone with information about the suspects is encouraged to contact the EPD.

RELATED: Woman charged in hit-and-run that killed 80-year-old in Everett