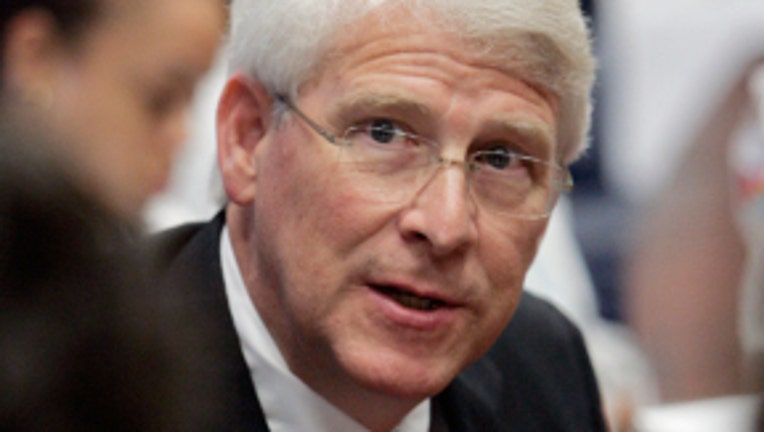 Senate Majority Leader Harry Reid said he was told the letter was addressed to the office of Sen. Roger Wicker, R-Mississippi. A laboratory in Maryland confirmed the presence of ricin after an initial field tests indicated the poison was present, Senate Sergeant-at-Arms Terrance Gainer said.

The letter had a Memphis, Tennessee, postmark and no return address, Gainer wrote in an e-mail to senators and aides.

Sen. Claire McCaskill told reporters after a briefing for lawmakers that a suspect has already been identified in the incident. Members will be warning their home-state offices to look out for similar letters, she said.

Wicker, the junior senator from Mississippi, has been assigned a protective detail, according to a law enforcement source.

A primer on ricin

Postal workers started handling mail at a site off Capitol Hill after the 2001 anthrax attacks that targeted then-Majority Leader Tom Daschle and Vermont Sen. Patrick Leahy, among others. Senators were told those offices would be temporarily shut down "to make sure they get everything squared away," McCaskill, D-Missouri, said Tuesday afternoon.

"The bottom line is, the process we have in place worked," she said.

A previous ricin scare hit the Capitol in 2004, when tests identified a letter in a Senate mailroom that served then-Majority Leader Bill Frist's office. The discovery forced 16 employees to go through decontamination procedures, but no one reported any ill effects afterward, Frist said.

Ricin is a highly toxic substance derived from castor beans. As little as 500 micrograms -- an amount the size of the head of a pin -- can kill an adult. There is no specific test for exposure and no antidote once exposed.

It can be produced easily and cheaply, and authorities in several countries have investigated links between suspect extremists and ricin. But experts say it is more effective on individuals than as a weapon of mass destruction.

Ricin was used in the 1978 assassination of Bulgarian dissident Georgi Markov. The author, who had defected nine years earlier, was jabbed by the tip of an umbrella while waiting for a bus in London and died four days later.

Wicker, 61, was first appointed by former Republican Gov. Haley Barbour to the U.S. Senate in December 2007 after the resignation of then-Sen. Trent Lott. He was then elected to the seat in 2008 and won re-election in 2012 to a second term.

Before joining the Senate, he held elected office as a U.S. representative in the House from 1995 to 2007. Before that, he served in the Mississippi Senate.