"I can’t even think of anything more horrible than talking about the murder of a city employee, a police officer, a dad who has two kids that are very close to the age of my two children," said Edmonds Mayor Mike Nelson

The Edmonds Police Department announced that one of its officers died off-duty after a stabbing over the weekend in Las Vegas.

LAS VEGAS - The Edmonds Police Department announced that one of its officers died off-duty after a stabbing over the weekend in Las Vegas.

At about 9:30 p.m. Saturday, the Las Vegas Metro Police Department responded to a stabbing on a pedestrian bridge near the 3900 block of South Las Vegas Boulevard.

According to Las Vegas police, there was an altercation over an interaction with a dog the night before between Steffins and another man. 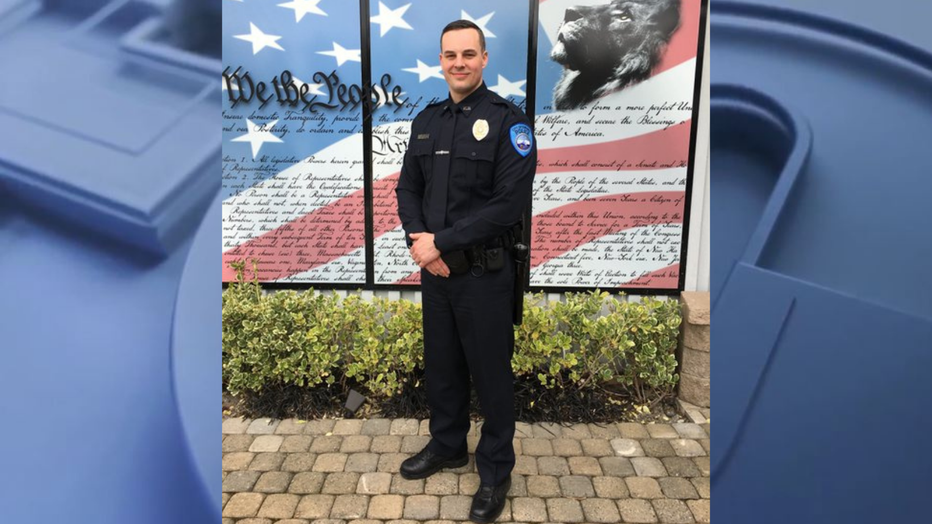 Police said Steffins, who was off-duty, was stabbed by the man. Steffins was taken to a hospital, where he later died from his injuries.

The suspect, who was identified as 58-year-old Freddy Allen, tried to flee the scene but he was taken into custody, and the Last Vegas Metro Police Department is investigating the incident as a homicide.

"This is a tragic loss for our agency when our staff and the entire region is already in a state of mourning for other fallen officers. While we grieve with heavy hearts, our peer support program members are actively engaging with our staff," said Edmonds police chief Michelle Bennett. "Tyler was a valued member of our police family whose infectious smile and contagious laugh endeared him to his peers. We will miss him terribly but cherish the times we had with him. We remain committed to providing quality service to our community even during the most trying of times."

Steffins started with the Edmonds Police Department in August of 2018.

He was a United States Marine Corps veteran and graduated from the police academy in March 2019.

You can make a donation to the Wounded Warriors Project in Steffins' name here.

Allen was taken to the Clark County Detention Center, where he was booked on suspicion of murder with a deadly weapon.