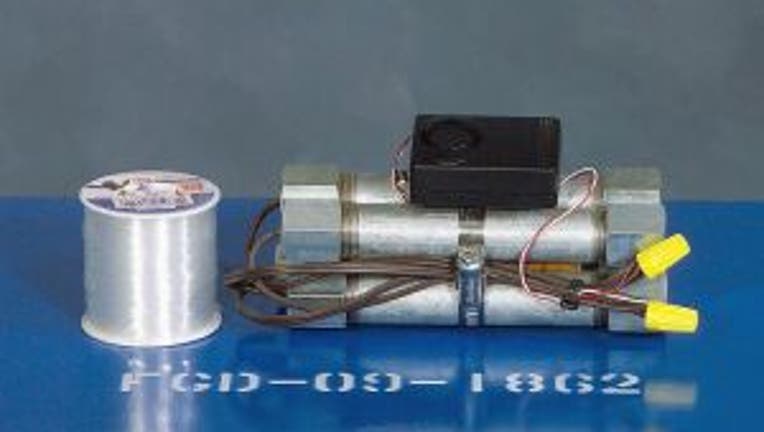 From wikimedia. Not actual photo of device found.

Edgewood police allegedly found heroin, four rifles, a shotgun and other contraband along with the explosive device at the man's house on Friday. A bomb squad was called in to safely blow up the device.