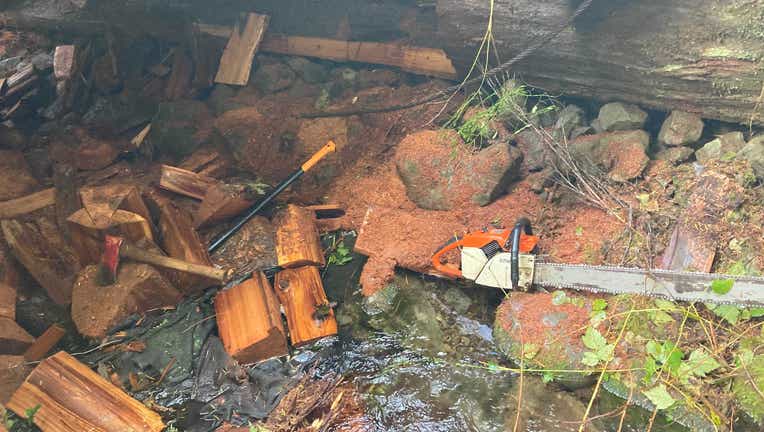 Officials said two men were found cutting chunks of wood out of the cedar logs that form the base of a bridge. (Credit: Washington State Department of Natural Resources)

JEFFERSON COUNTY, Wash. - Two men were arrested after state officials said they were caught cutting chunks of wood from a bridge with a chainsaw in Jefferson County.

The Washington State Department of Natural Resources said a pair of hunters were out in DNR’s Clearwater block when they heard chainsaws on Friday.

Officials said this happened behind a locked gate and the lock was broken off.

The hunters reached out to the DNR and an officer in the area responded.

Officials said the officer discovered two men cutting chunks out of the cedar logs that form the base of a bridge. 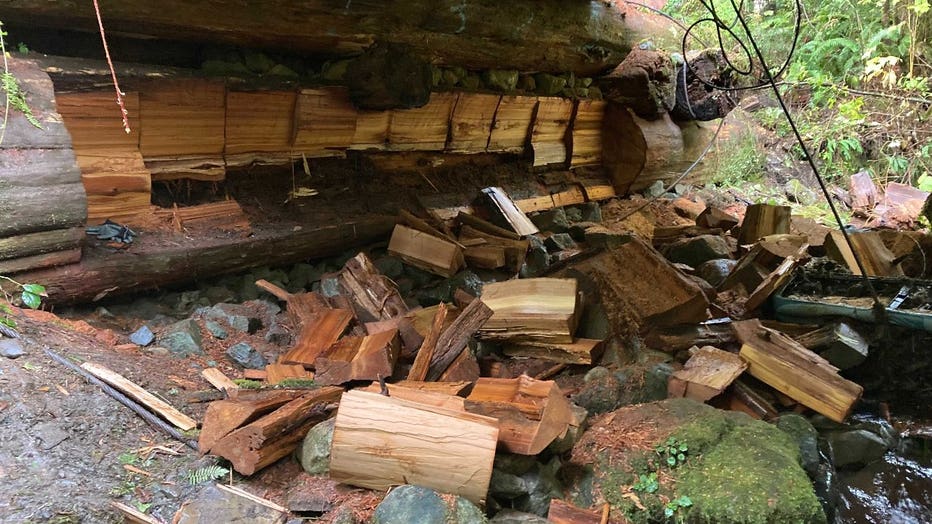 The two men were arrested and booked into Jefferson County Jail. Their car and equipment were recovered and held as evidence.

According to the DNR, the cedar chunks would be sold on the black market for mill owners to turn them into shake and shingles.

Staff inspected the bridge to make sure it was safe.

"Can't believe we have to say this, but don't take chainsaws to our bridges," officials said. "We want to thank the two hunters for bringing this to our attention."

Officials said if anyone sees anything out of place on DNR-managed lands to please report it to the department’s police at 855-833-8368 or email forestwatch@dnr.wa.gov.