Authorities are searching for a suspect after a man was shot and killed in a Puyallup parking lot.

PUYALLUP, Wash. - A suspect has been arrested in connection with a deadly shooting of a 16-year-old in South Hill, Pierce County late July.

The Pierce County Sheriff's Office has identified the victim of a shooting in late July as 16-year-old Franklin Thananga.

The suspect was also 16-years-old.

Thananga was shot and killed in the parking lot of Kohl's on Meridian Avenue E. in Puyallup on July 28 around 10:20 p.m. 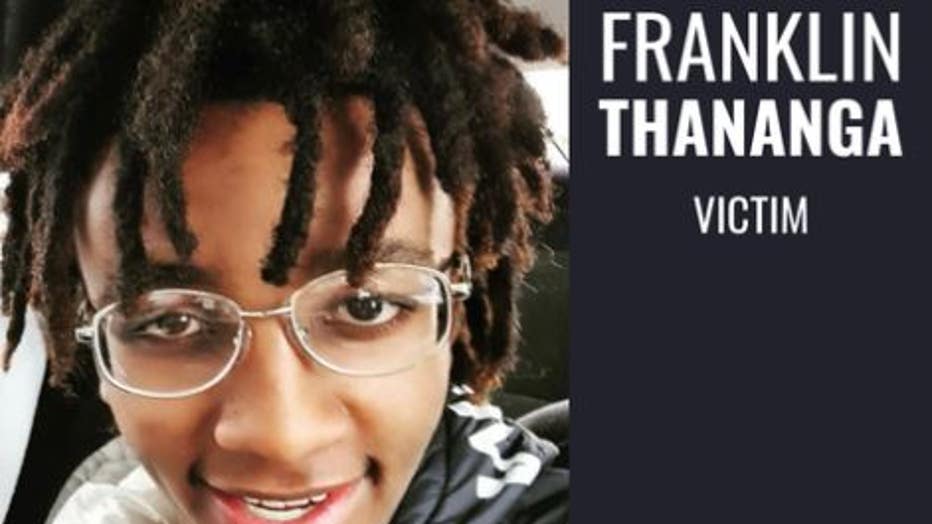 Deputies found the victim on the ground and dispatched a K9 unit to track the suspect, but because of the state's new policing laws they had to pull the dog and deputy back.

"The deputies got on scene, started checking around the area for anyone matching the description," said Sgt. Darren Moss, Jr. "We did have a K9 officer respond within a couple of minutes, but unfortunately because there was no probable cause developed yet for the individual they decided not to track with the K9 in case they did use force, they wouldn’t be outside of the new laws."

Prior to the new policing laws, police could use force to detain someone if they had reasonable suspicion. But with the new laws, police must now have probable cause which is a higher standard and requires evidence that the person committed the crime before they can use force.

The suspect was located at his home on Aug. 10 and taken into custody without incident. He is facing first-degree murder charges.

"Detectives have worked very hard for the past two weeks piecing together evidence to make this arrest possible. We are hopeful that the arrest of the suspect in this case will bring a sense of justice being served for Franklin and his family. Detectives will still be working on this investigation as the Prosecutor’s Office prepares for the trial in this case," The Pierce County Sheriff's Office wrote on Facebook.