SEATTLE -- Public radio station KPLU says it has uncovered the daredevil mystery man who allegedly has climbed Seattle's Space Needle, The Great Wheel and other tall structures and posted photos and videos of his feats online. 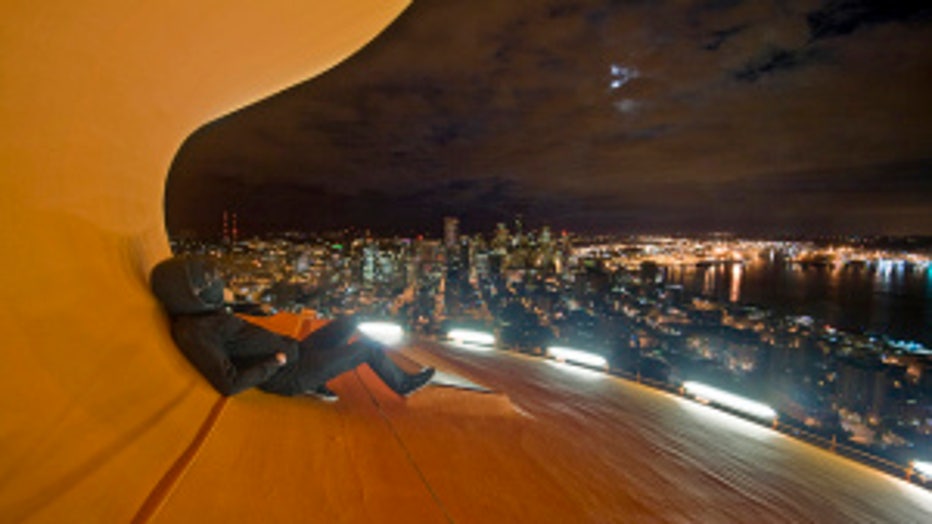 Sitting on top of the roof of Seattle's Space Needle. (Photo credit: Joseph Carnevale via KPLU)

Joseph Carnevale, 25, of Seattle, is reportedly the night-time spider man who climbs and posts photographs and videos from dizzying heights around the city and elsewhere.

He told Seattle's KPLU that he is sometimes accompanied by friends on his climbs.

“We see a place we really want to get to, and we just try stuff,” Carnevale told the station. “We don’t have death wishes. We’re fairly cautious. We take calculated risks.”

As to those who doubt his photos, he said the proof is in the resolution.

“It’s really hard to fake, at least in the resolution that I posted these photos,” he said. “I never met anybody who could whip that up in Photoshop. It’s pretty easy to tell if somebody is faking it.”

To read the entire interview “Mystery man revealed: The daredevil behind the lens” on KPLU’s website, click here.