Naomi Judd, the Kentucky-born singer of the Grammy-winning duo The Judds, has died. She was 76 years old.

Naomi Judd, the Kentucky-born singer of the Grammy-winning duo The Judds and mother of Wynonna and Ashley Judd, has died. She was 76.

Her daughters announced her death on Saturday on social media.

"Today we sisters experienced a tragedy. We lost our beautiful mother to the disease of mental illness," the statement said. "We are shattered. We are navigating profound grief and know that as we loved her, she was loved by her public. We are in unknown territory."

Naomi Judd died near Nashville, Tennessee, said a statement on behalf of her husband and fellow singer, Larry Strickland. It said no further details about her death would be released and asked for privacy as the family grieves. 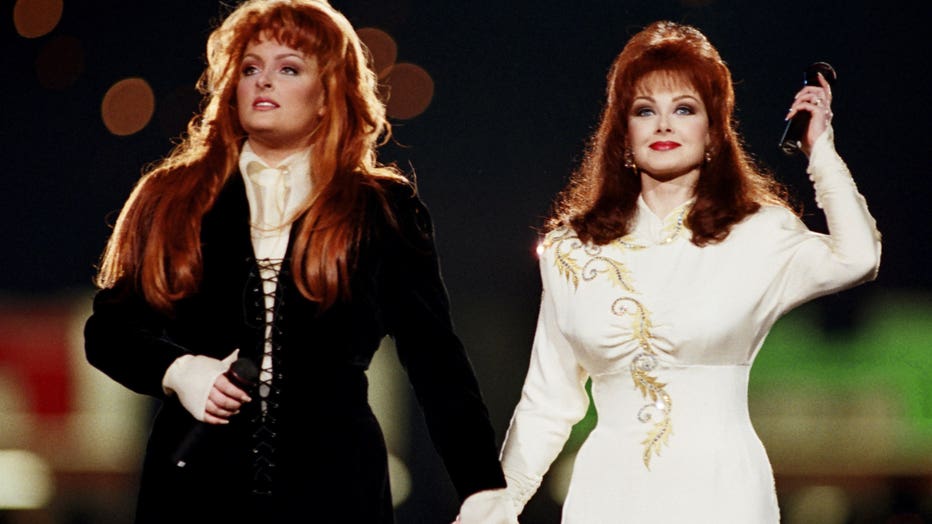 They were to be inducted into the Country Music Hall of Fame on Sunday.

"Looking forward to seeing your sweet faces along the red carpet on Sunday!" Wynonna tweeted on Friday.

The Judds had also just announced an arena tour to begin in the fall, their first tour together in over a decade. They also made a return to awards shows when they performed at the CMT Music Awards earlier this month.

The group had called it quits in 1991 after doctors diagnosed Naomi with hepatitis C. Wynonna continued her solo career.

The country music community was rocked by the loss of Naomi.

Marren Morris said she heard a performance of "Love Can Build a Bridge" just a few short weeks ago.

Travis Tritt said Naomi was "one of the sweetest people" he’s ever known.

CMT TV and radio host Cody Alan said his heart was "sinking" over the loss, calling her "iconic in every sense of the word."

Crystal Gayle, who had country music hits in the late ‘70s, said Naomi was always "so special to be with."

The Oak Ridge Boys, a country and gospel vocal quartet, said they were "saddened beyond words."

Others outside of the country music community shared their condolences as well.

Actress Kristen Johnson said Naomi was "so lovely and warm and fun," but noted what she loved most about Naomi was "how proud she was of her daughters."

Mike Huckabee, media personality and former governor of Arkansas, said one of his favorite and most memorable interviews was with Naomi.