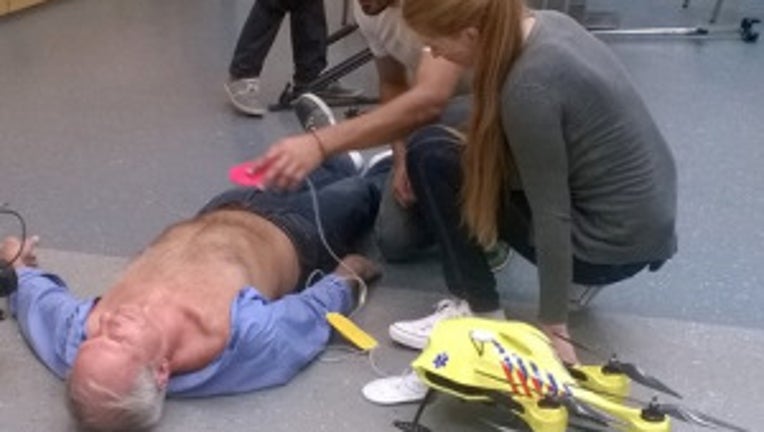 DELFT, Netherlands -- A Dutch engineering student wants to use drones to save lives and he believes he has come up with a way to do it.

Alec Momont of Delft University of Technology's Faculty of Industrial Design Engineering has invented what he has dubbed an 'ambulance drone.'

The drone is actually more of a flying defibrillator with streaming live video and audio flown by a trained medic.

‘It is essential that the right medical care is provided within the first few minutes of a cardiac arrest,’ said Momont in a statement. ‘If we can get to an emergency scene faster we can save many lives and facilitate the recovery of many patients."

Momont said the ambulance drone is equipped with GPS and once an emergency call is made it locks onto the caller's mobile phone signal and flies directly to them.  The operator of the drone communicates with the caller until the drone arrives and then uses the speakers on the drone to talk directly to the caller who can move the drone into position, attach defibrillator implements and assist in other ways as directed.

‘There are still a number of obstacles in the way of the development of the ambulance drone,' says Momont.

But he says he believes it would be technically feasible to have an operating network of ambulance drones within five years. 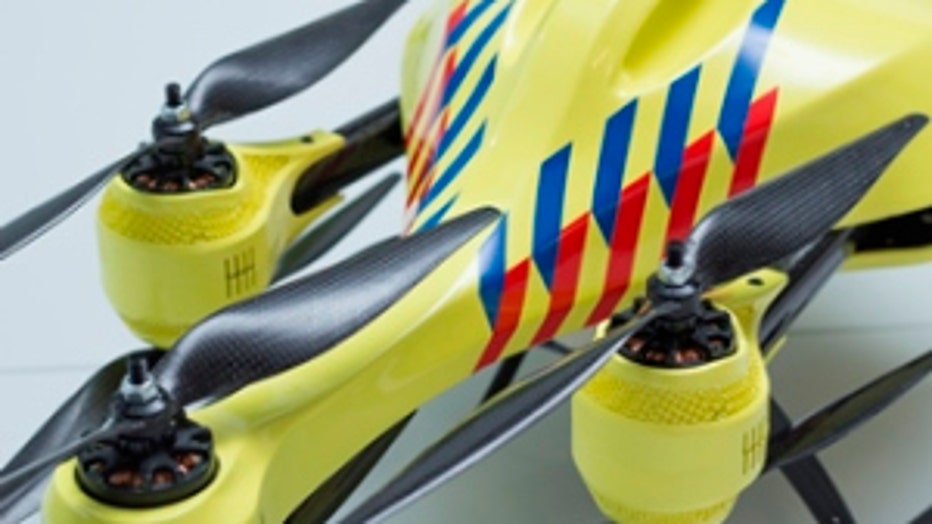 Momont estimates the cost to build an emergency drone would be nearly $20,000 each and they would need regulatory approval before they were available for use, but he said he believes the ability for such a rapid response would save countless lives.

"This especially applies to emergencies such as heart failure, drownings, traumas and respiratory problems, and it has become possible because life-saving technologies, such as a defibrillator, can now be designed small enough to be transported by a drone," said Momont.

Law enforcement agencies have already experimented with drones and faced harsh criticism about privacy concerns.  Amazon too has announced plans to use drones for parcel delivery.