SEATTLE -- King County Executive Dow Constantine was just re-elected with over 70 percent of the vote, and has some successful reforms to point to.  But 2014 is likely to be a much more challenging as he fights to save Metro transit from deep cuts to bus routes.  “We need now to move forward with a local option,” Constantine said.  “We’ve run out of time.”

Right after the first of the year Constantine will present a plan to the County Council to raise the sales tax and the vehicle fees in order to spare Metro from slashing its budget by 17 percent.

Critics of more funding for Metro point to past promises of bus service that went un-met.  They also claim Metro should do more belt-tightening. 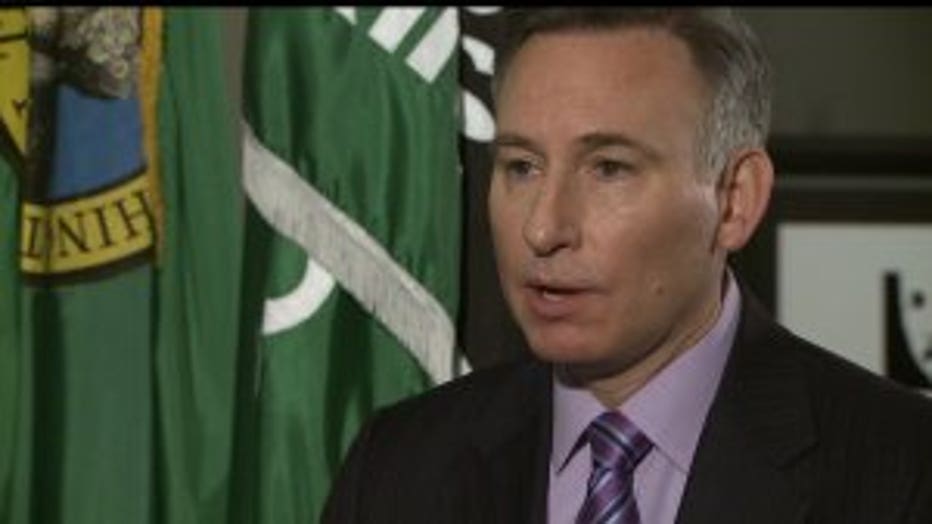 Constantine argues he’s already pushed several reforms at the bus agency. “We will continue to achieve efficiencies, but those that can be found are tiny in comparison to the need for transit,” he said.  “Hundreds of thousands of hours will have to be cut.”

Reflecting on 2013, Constantine says one of his proudest achievements is the work the County has done to help implement Obamacare.  “As of this week we’re probably close to about 80,000 folks who have signed up,” Constantine said.  “I met with the President when he was last in town and he acknowledged the great work that we’ve been doing at that time and probably still leading the country among counties in signing folks up.”

Constantine has used his bully pulpit to advance an environmental agenda.  Earlier this year he led the acquisition of over 40,000 acres in the White River Forest, and points to the recent passage of a $400 million county-wide Parks Levy as a sign that more open space purchases are to come.

In a second term he’s determined to continue his green push, including leading the fight against coal trains running through the region.  “Why would you dig up a huge chunk of North America and ship it on trains that block our vibrant economy here in the middle of King County on their way to port,” asked Constantine.  He argues China would be burning our coal “in order to bury us economically.  That does make any sense.”

Democrat Constantine gets high marks from both sides of the aisle for his streamlining of county government, and most assume he’s accumulating a track record for an eventual shot at higher office. He admits he’s thought about the Governor’s Mansion.  “If the opportunity arose, I would certainly consider it,” Constantine said.  “It would be very satisfying, although as we’ve seen recently, also very frustrating.”