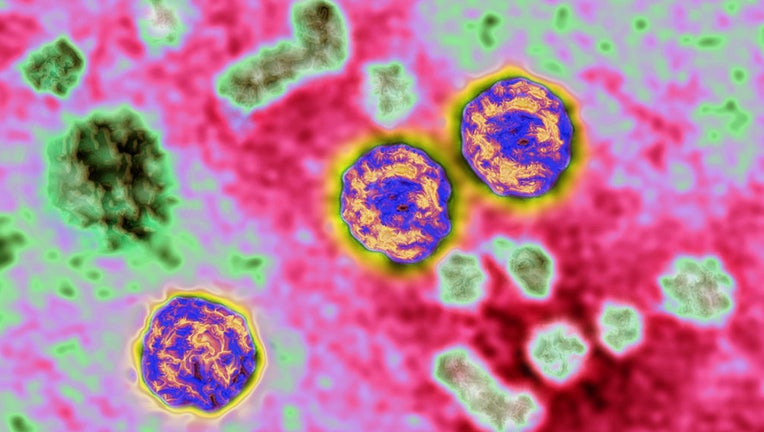 The U.S. Centers for Disease Control and Prevention issued a health advisory after several children were diagnosed with hepatitis and adenovirus infection, according to an alert put out by the agency on Thursday.

"This Health Advisory serves to notify US clinicians who may encounter pediatric patients with hepatitis of unknown etiology to consider adenovirus testing and to elicit reporting of such cases to state public health authorities and to CDC," the health agency said.

Reports of the illnesses came from a large children’s hospital in Alabama beginning in November 2021, the CDC said. A total of five kids during this time suffered liver injuries, including two patients who suffered acute liver failure. All five patients tested positive for both hepatitis and the adenovirus.

"Case-finding efforts at this hospital identified four additional pediatric patients with hepatitis and adenovirus infection for a total of nine patients admitted from October 2021 through February 2022," according to the health agency.

Of the additional four patients who were diagnosed with both illnesses, two required liver transplants.

No patients deaths in the U.S. have been reported from this outbreak and none of the patients had underlying health conditions, the CDC said.

The United Kingdom has been investigating at least 74 cases in which children came down with hepatitis, the World Health Organization said on April 15. Three similar cases in Spain and a few in Ireland are being investigated, the WHO said.

Laboratory testing has ruled out the hepatitis type A, B, C and E viruses that usually cause such illnesses. Officials said they are not aware of international travel or other factors that might have put the kids at risk.

But they noted there’s been a recent surge in the spread of adenoviruses.

The CDC also noted that a possible link between the adenovirus infections and hepatitis is currently under investigation.

"At this time adenovirus may be the cause for these, but investigators are still learning more — including ruling out the more common causes of hepatitis," the CDC said in a statement.

Hepatitis is inflammation of the liver and this can be caused by viral infections, alcohol use, toxins, medications, and certain other medical conditions, according to the CDC.

"In the United States, the most common causes of viral hepatitis are hepatitis A, hepatitis B, and hepatitis C viruses," according to the CDC’s website.

Treatment will depend on what strain of hepatitis with which a patient is diagnosed. In some cases, supportive treatment to manage symptoms may be required and in other cases a person may need to undergo a strict medication regimen that can last for up to 12 weeks, according to the CDC.

What is an adenovirus?

Adenoviruses are common viruses that can cause a range of symptoms such as cold-like symptoms, fever, sore throat, bronchitis, pneumonia, diarrhea, and pink eye (conjunctivitis). You can get an adenovirus infection at any age, the CDC website says.

They are usually passed on through close contact, from coughing or sneezing or touching objects or surfaces that have come into contact with an infected person.

There is a vaccine for some adenovirus types 4 and 7 but those vaccines are earmarked for military personnel who may be at higher risk for infection, the CDC says.

There is currently no vaccine available to the public to prevent or treat adenoviruses.

The CDC recommends if you are diagnosed with one of these viruses, it is the best practice to stay home, don’t come into close contact with anyone and wash your hands frequently to avoid further spread.