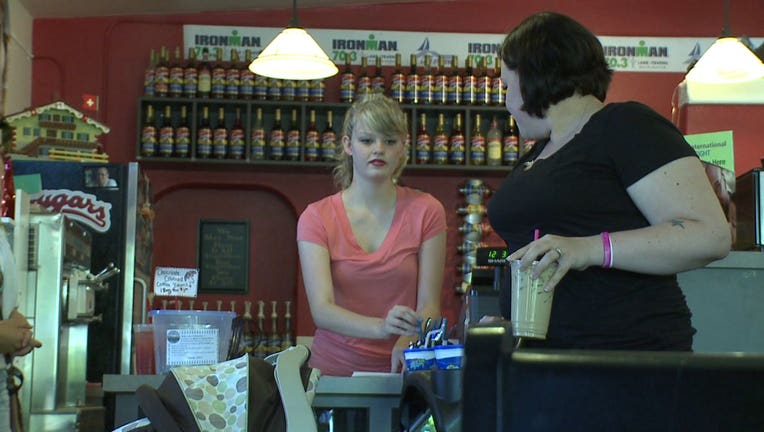 LAKE STEVENS -- We’ve all been there -- you’re out to eat and someone’s kid goes bonkers -- they’re loud, messy and more than a little distracting.

But one local coffee shop owner had enough and didn't just ask for the kids to settle down -- she asked the family to leave.

Rainy Days Caffé in Lake Stevens snapped a photo of the mess the children left behind and posted it online. The incident has exploded on social media.

The children's mother said she was shocked to see that photo on Facebook. She posted a review online saying she was outraged anyone would be so mean because her kids dropped a few crumbs.

But the café’s owner, Rainy MacDuff, said she’s running a business -- not a daycare center.

“I’d like to take this time to thank our customers with small children who don’t make messes,” MacDuff said. “It was supposed to be something snarky and funny and it didn’t turn out that way at all.”

The photo went viral on Facebook and now MacDuff and her shop are under attack.

“Somebody threatened to drag me behind their truck,” she said. “I’ve had people threaten to picket my business.”

A lot of mothers agree that restaurants need to be more tolerant when it comes to kids.

“That’s definitely uncalled for,” Brooke Hurtado said. “I think she should not sell the ice cream cones if she doesn’t want kids to make a mess.”

But other moms said parents are to blame and they should take responsibility for bad behavior in public.

“I’ve seen screaming kids -- you know, them throwing stuff on the floor and the parents not really doing much about it,” Jamie Smith said.

In spite of the controversy, MacDuff said regulars are showing their support for the café and the Lake Stevens community.

The mother at the center of the controversy did not want to be interviewed but she just wants an apology.

MacDuff said she’s not about to say she’s sorry and said the mother is still welcome at the restaurant -- just not with her kids.