SEATTLE -- They've talked about it, read about it and agonized about the decision but tonight it came down to counting the votes.

"My vote is yes. Q: WHY? Because I think the contract is actually pretty fair,” Union member Beverley Chase said. 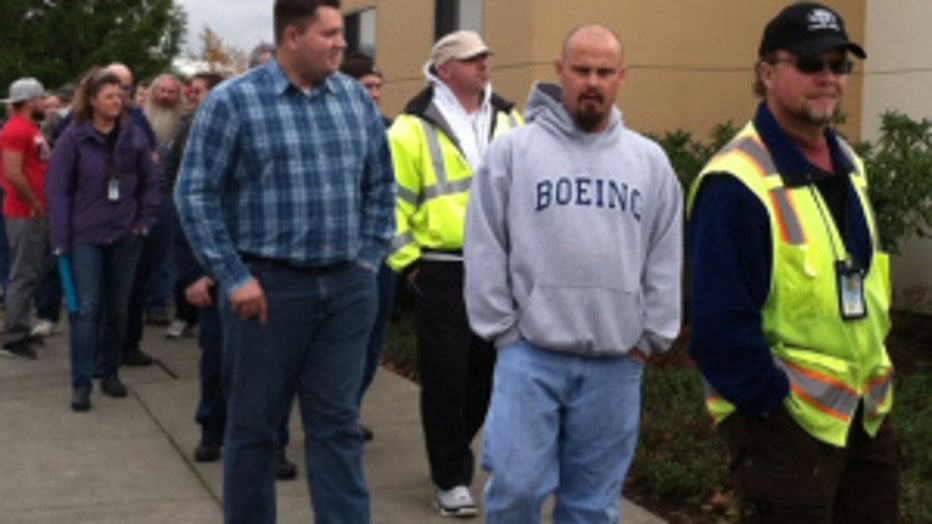 And the no votes prevailed. No on the contract extension. No on the 10-thousand dollar signing bonus. No one the early retirement.

"I voted no because I saw this contract taking away things that the people who came before me fought for generations to get. I've already struck twice for it.  I'm not just going to give it up without a fight,” Veltkamp said.

That was the main sticking point.

The company wanted to eliminate the traditional pension plan and replace it with a 401k style plan, workers were also asked to pay more for healthcare.

Those take aways, as union members call them, would have heavily impacted new hires and veteran employees say they just weren't willing to sacrifice the union's future.

"It's really depressing. It makes you feel like you're not valued. They say all these things about why they're doing it but it just seems they want to break the union.  They don't want the union that's why all the other work is off loaded to right to work states,” union member Rachell Bechtle

Now the ball is in the company's court.

Boeing has said if the union votes no they will put the 777x out for bid and possibly build the plane somewhere else.

Aviation experts say they may just do it, but workers say it's a risk they're willing to take.

"We can't guarantee that if we don't take this contract extension the company won't move the work.  It would be stupid to do so but we've seen the company make stupid decisions before,” Veltkamp

Boeing released a statement after the vote saying; "We are very disappointed in the outcome of the union vote. Our goal was two-fold: to enable the 777X and its new composite wing to be produced in Puget Sound and to create a competitive structure to ensure that we continue market-leading pay, health care and retirement benefits while preserving jobs and our industrial base here in the region. But without the terms of this contract extension, we're left with no choice but to open the process competitively and pursue all options for the 777X.”