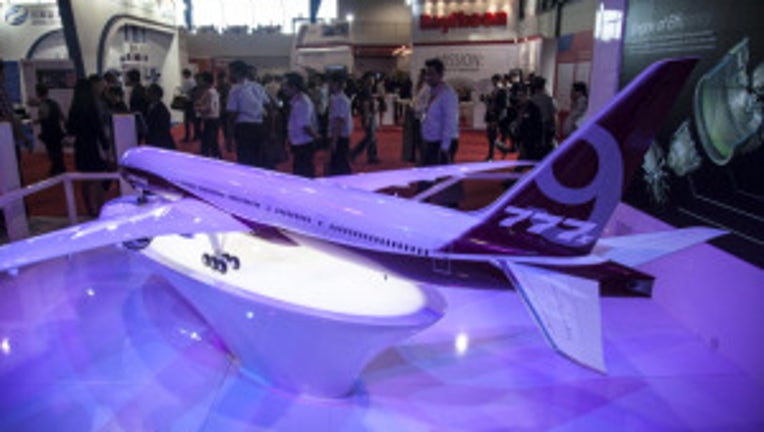 A model of a Boeing Co. 777x Dreamliner aircraft is displayed at the Singapore Airshow on February 13, 2014 in Singapore. The Singapore air show is held every year and is one of the most important aerospace and defense exhibitions in the world. (Phot

EVERETT -- Boeing announced today that its new carbon-fiber-composite wings will be built at its Everett site.

The Everett Herald reports that the production center will be on the north side of the plant, where the company assembles its wide body jets. Boeing projects this will support a couple thousand jobs -- but not new ones, as this project will replace construction of the existing 777.

These wings will be the largest ever built by the jet giant. The Herald reports that the wings are so long, the tips will have to fold up to park at airport gates.

A new, 1 million-square-foot building will need to be constructed to house the new wings, but the company has not decided on a site yet. Construction is anticipated to start later this year.