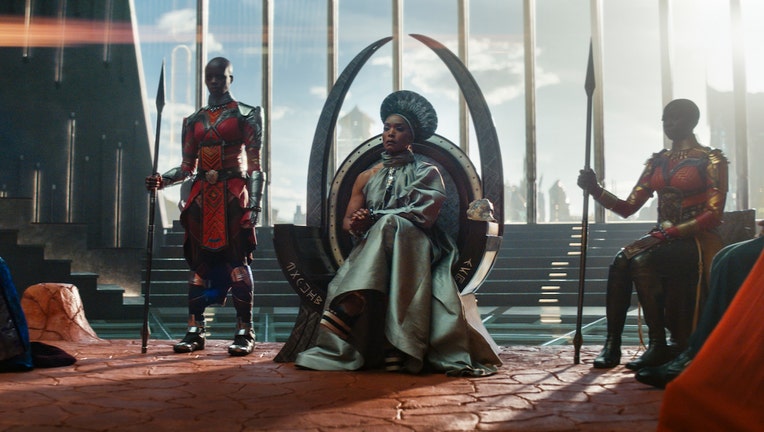 CHICAGO - Grief is nothing new to the Marvel Cinematic Universe. Whole movies and TV shows have been built around the loss of mentors, lovers and friends. And at the height of the pandemic, "WandaVision" spoke to the moment with the moving line, "What is grief, if not love persevering?"

Yet all of that pales in comparison to the challenge faced by "Black Panther: Wakanda Forever." Almost unthinkably, this superhero sequel has to grapple with the real-world loss of star Chadwick Boseman, who unexpectedly died in August 2020 at a time when the Marvel creative team assumed he would be reprising his role as King T'Challa for years to come.

On its own, making a sequel to one of the most acclaimed, groundbreaking superhero movies of all time is a daunting task. But doing so under these circumstances in particular seems nearly impossible. So it’s a testament to co-writer/director Ryan Coogler that he manages to pull together a film as cohesive and thought-provoking as this one. Though the over-long "Wakanda Forever" sometimes stumbles when it comes to serving Coogler’s massive ensemble of characters while adding new players into the mix, at its best it channels the raw pain of loss into an empathetic character study about grief, mourning and the winding path to healing.

About "Wakanda Forever": Shuri in the spotlight 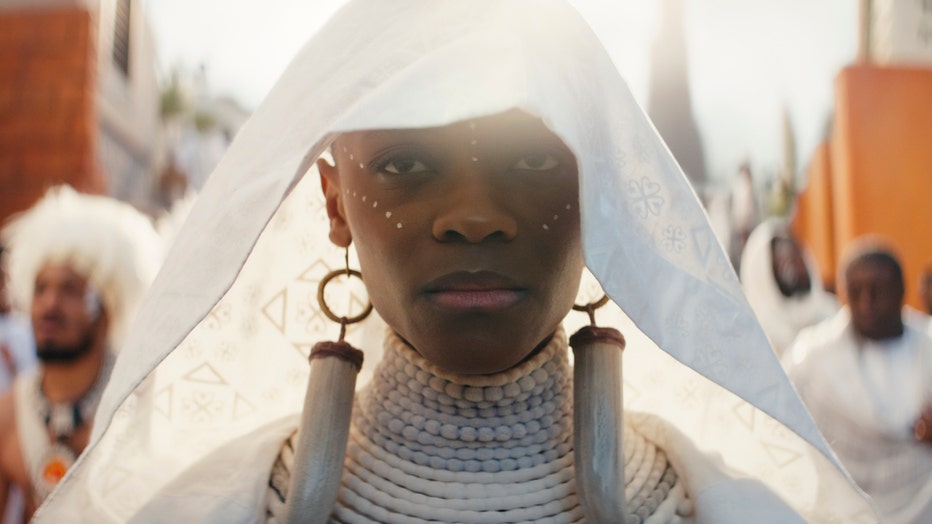 Though the question of who, if anyone, will take on the Black Panther mantle hangs over much of the film, "Wakanda Forever" very much roots itself in the perspective of Shuri (Letitia Wright), T’Challa’s wise-cracking, tech genius little sister. A wrenching opening prologue dramatizes her pain over her brother’s unexpected passing. Like Boseman, T’Challa is said to have died of an illness he kept private from most of his friends and family. And "Wakanda Forever" doesn’t shy away from how such a tragic, frustrating circumstance reframes Shuri’s worldview, placing her in a headspace of guilt and resentment, which she attempts to bury behind endless hours in her high-tech lab.

WATCH FREE ON TUBI: "Chadwick Boseman: The King" — get the app

Like Robert Downey Jr. in "Iron Man 3" or Chris Evans in "Captain America: The Winter Soldier," Wright does an outstanding job modulating her effervescent performance to add complex notes of bitterness and melancholy. Indeed, "Wakanda Forever" works best when it zeroes in on Shuri’s complicated emotional journey, even as welcome returning faces like Okoye (Danai Gurira), M'Baku (Winston Duke), Nakia (Lupita Nyong’o) and Shuri's mother Queen Ramonda (an exceptional Angela Bassett) offer different examples of how one can process the loss of a loved one and leader. 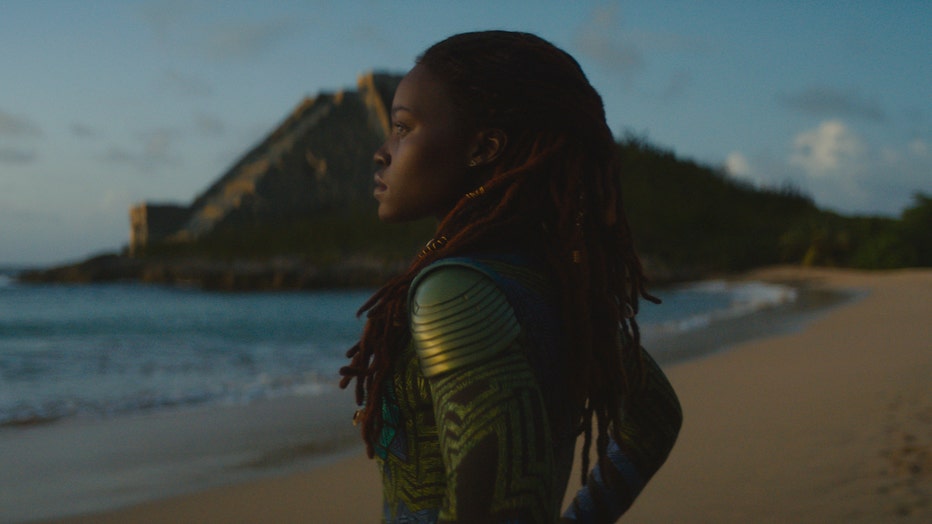 Alas, there are franchise obligations to be fulfilled. And while the first "Black Panther" film was mostly able to function as its own standalone story, "Wakanda Forever" suffers from the same glut of worldbuilding that has plagued most of Marvel’s uneven Phase Four. (That includes a baffling amount of screentime for Martin Freeman’s Everett K. Ross and a minor supporting MCU player we won’t spoil here.)

WATCH FREE ON TUBI: Angela Bassett in "What's Love Got to Do With It?" — get the app

Even the understandable impulse to debut college-age tech genius Riri Williams (Dominique Thorne) ahead of her upcoming Disney+ series "Ironheart" winds up feeling like more than this movie can handle — especially when "Wakanda Forever" also has to introduce a whole underwater kingdom ruled over by new antagonist Namor (Tenoch Huerta Mejía), who’s got over 400 years of backstory to his name. 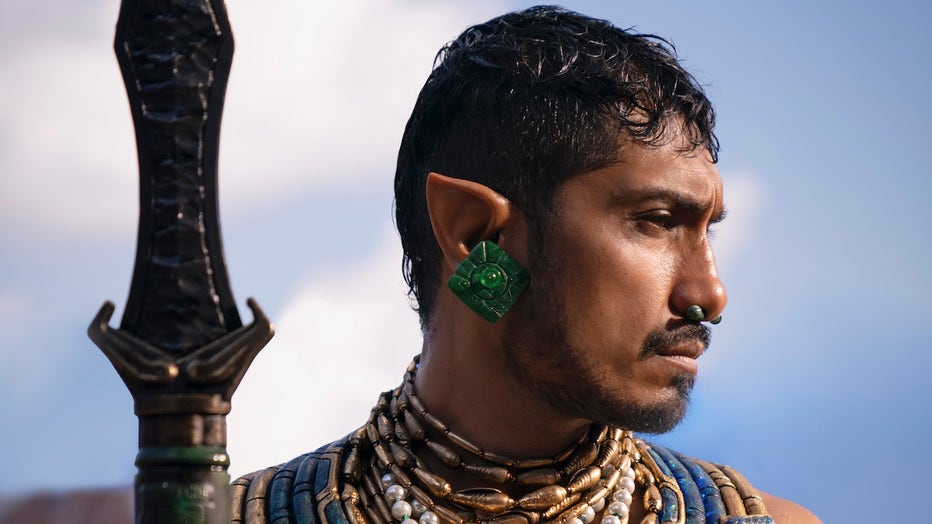 Given that Namor was apparently always part of the pitch for this sequel, perhaps the biggest and most unavoidable tension of "Wakanda Forever" is simply between what this film was going to be before Boseman’s passing and what it had to become after. It’s not hard to imagine a more traditionally crowdpleasing version of this story in which T’Challa and Namor face off as regal foils, while Shuri enjoys a lighter subplot with Riri. Here, however, both storylines fall to Shuri, which becomes its own kind of meta reflection on how much we have to carry when those we love die — something the makers of this film know all too well. Much as she might want to, Shuri can’t simply bury her head in the sand when there are teens to be rescued and global politics to be negotiated.

WATCH FREE ON TUBI: Letitia Wright in "Urban Hymn" — get the app

While the first "Black Panther" was about Wakanda’s decision to shield itself from the rest of the world, "Wakanda Forever" is about what it’s like for Wakanda to encounter another secret nation that’s done the same. Rooted in Mesoamerican history, Namor’s underwater kingdom of Talokan is an Atlantis-like city with its own complex underwater culture — an idea that would feel a touch more original if it didn’t call to mind James Wan’s 2018 "Aquaman" film. (It’s weird to watch jewel-toned people dramatically ride into battle on sea creatures and think, "Yeah, I’ve seen this before.") 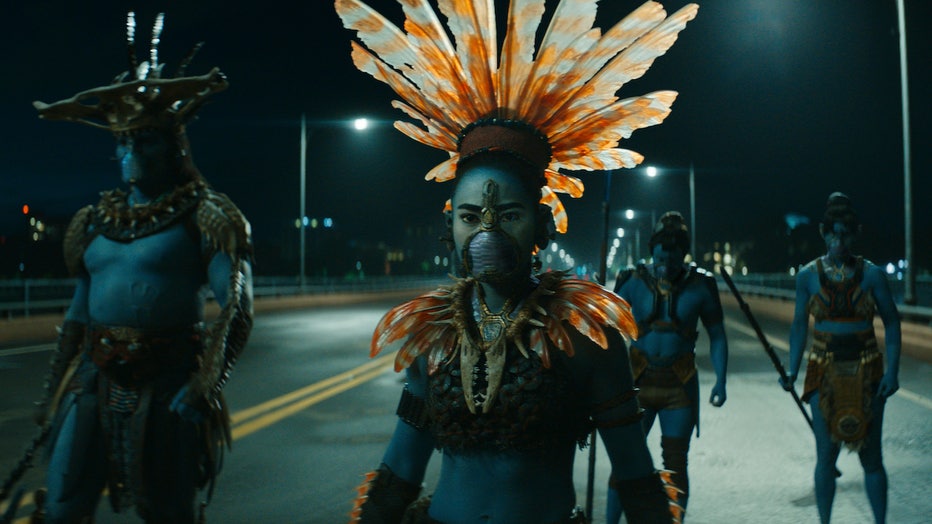 Thankfully, the plotline’s secret sauce is Namor himself. One of the most boldly audacious additions to the MCU ever, Namor is a godlike immortal king who can both breath underwater and fly through the air thanks to tiny wings on his ankles. That all of that is compelling rather than unintentionally goofy is a testament to Mejía’s gripping performance — equal parts Aragorn dignity and Kylo Ren seduction, with an undercurrent of anti-colonial rage that brings to mind another "Black Panther" villain.

WATCH FREE ON TUBI: "Deadpool" and "Deadpool 2" — get the app

Like Erik Killmonger (Michael B. Jordan) in the first film, Namor is an antagonist you’re able to understand and even root for, although the overstuffed quality of "Wakanda Forever" makes it hard to completely track his arc at times. It doesn’t help that the characteristically shoddy CGI of recent Marvel projects undercuts some of the gorgeous imagery Coogler and cinematographer Autumn Durald Arkapaw dream up. Even more so than the first "Black Panther," "Wakanda Forever" is a film that springs to life in its two-person dialogue scenes and struggles in its action ones — as if Coogler would much rather be spending time with characters processing grief, rather than going through the motions of a classic superhero blockbuster. 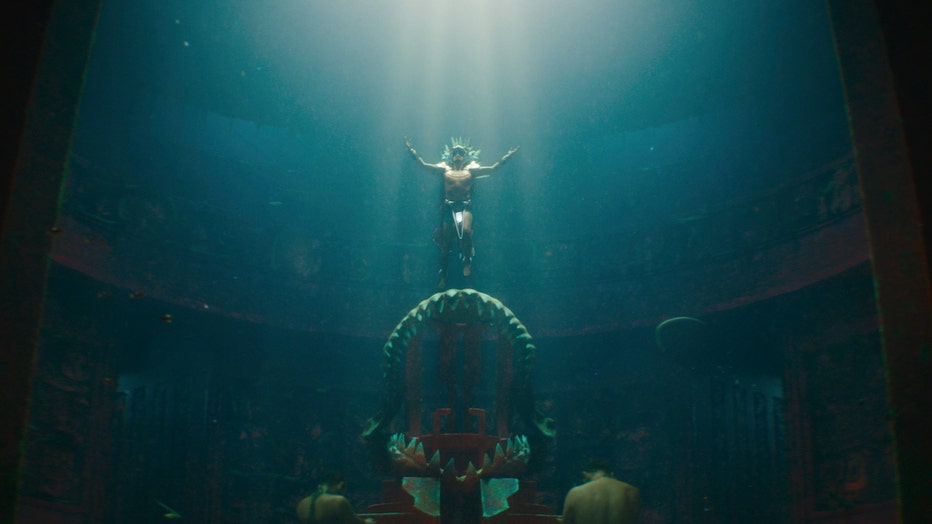 In a way, that becomes the thesis of the film. "Wakanda Forever" almost subversively challenges why audiences even want to watch superhero violence in the first place. In a world where death and destruction are easy, what does it look like to seek collaboration and hope instead?

It’s a raw, unfinished, in some ways anti-climatic thought — one that has natural limitations within the whiz-bang Marvel Cinematic Universe. Still, it feels like it could only have come from such unimaginable circumstances. Coogler and company haven’t made a perfect Marvel movie, but they have made one that channels loss into thought-provoking artistry. And that, indeed, is love persevering.

Make it a double feature with "Beyond the Lights," streaming free on Tubi

Beyond the Lights (2014): This achingly beautiful coming-of-age romance about a pop star named Noni (Gugu Mbatha-Raw) is an ode to setting boundaries and not letting anyone control you — even the people who raised you. Themes of creative identity, mental heath, sexism in the music industry, romantic partnership and family pressure take center stage in this hidden gem of a movie from "Love & Basketball" director Gina Prince-Bythewood. Rated PG-13. 116 minutes. Dir: Gina Prince-Bythewood. Also featuring Nate Parker, Minnie Driver, Danny Glover.

"Beyond the Lights" is streaming free on Tubi — get the app

Does "Wakanda Forever" have a post-credits scene?

"Wakanda Forever" has one mid-credits scene, which is crucial to the arc of the film. There is no post-credits scene.

How to watch "Wakanda Forever"

"Wakanda Forever" arrives in theaters nationwide on Nov. 11. It is not currently available to stream, although it will eventually make its way to Disney+ after its theatrical run.