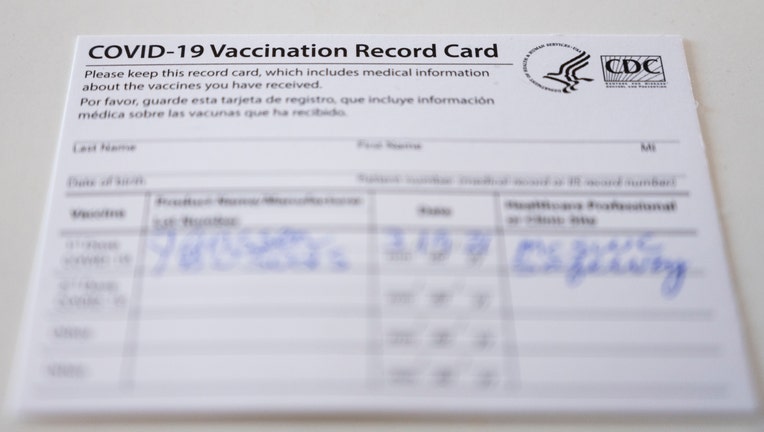 "Let me be very clear on this, I know there’s been lots of questions. The government is not now, nor will we be, supporting a system that requires Americans to carry a credential. There will be no federal vaccinations database and no federal mandate requiring everyone to obtain a single vaccination credential," she said.

"Vaccine passport" systems have been widely discussed in recent months as countries around the world begin to ease COVID-19 restrictions.

The idea of a passport is a way for people to offer proof they’ve been vaccinated against the novel coronavirus. Such records are in use in Israel and are under development in parts of Europe, and are seen as a tool to help travel and large events return safely.

The passport could also show if people tested negative for the virus or recently had COVID-19 and therefore have some immunity.

RELATED: COVID-19 tests to be offered 2x per week to all in England as it takes next steps out of lockdown

The issue of a passport system has been hotly debated around the world, raising questions about how much governments, employers and venues have a right to know about a person’s health. Vaccine passports have also raised concerns about dividing the world along the lines of wealth and vaccine access, creating ethical and logistical issues.

Psaki’s comments that the federal government in the U.S. has no intention of enforcing such a system echo what the nation’s chief medical adviser Dr. Anthony Fauci also recently speculated.

"I don’t think you’re going to see a federal government mandate about that. It might be on the local level, though," Fauci said last week to FOX 11's Elex Michaelson on "The Issue Is."

"You know, you just gave the three words that have different answers," Fauci said.

"From the standpoint of practicality, there is merit to that," Fauci explained. "There are a lot of concerns and objections about discrimination for people who don’t, or big brother looking over you and giving you the right or not to enter into a theater or restaurant. It’s a very controversial issue right now."

The new guidelines say vaccinated travelers are less likely to get and spread the virus, but the CDC still recommends safety measures like wearing a mask, social distancing and hand washing.

Psaki said that the White House will be releasing more information soon.

"We will be providing some guidance, which will look like a FAQ, frequently asked questions, that provides important answers to questions that Americans have in particular around concerns about privacy, security or discrimination soon," she said, adding that she didn’t have an exact date yet.

At a news conference this week, Andy Slavitt, acting administrator of the Centers for Medicare and Medicaid Services, said he considered them a project for the private sector, not the government.

Several private-sector initiatives are already creating passports. The Vaccination Credential Initiative is a coalition trying to standardize tracking data of vaccination records in an attempt to speed up a return to normal.

Some state leaders have also said they wouldn’t enforce such a system.