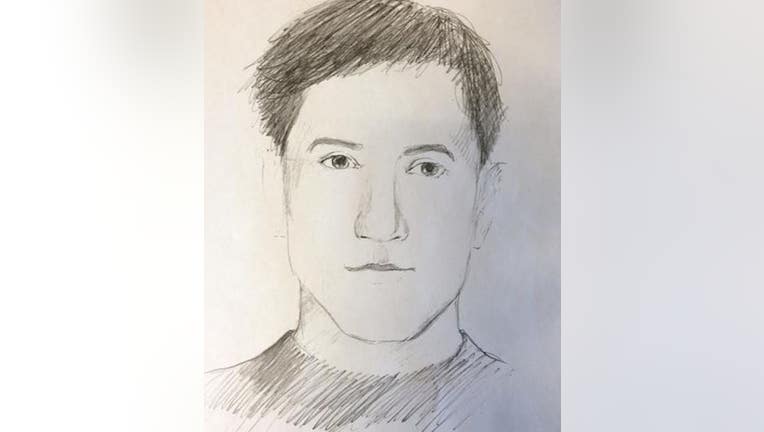 BELLINGHAM, Wash. -- Bellingham Police on Friday released a sketch of a man suspected of  indecent exposure.

On Wednesday night, a woman sitting in her car in the 700 block of High Street said a man approached the passenger side of the car and exposed himself to her.

The second occurrence, on the same day, was in the 1000 block of Billy Frank Jr. Street. A woman was walking through the area when a sound drew her attention to a man standing near some bushes. She said the man was looking directly at her while he was performing a sex act on himself, police said.

The suspect is described as being a white man in his 20s, about 5-foot-10 to 6-foot, thin to medium build, clean shaven, possibly with brown hair and wearing a plain black T-shirt.