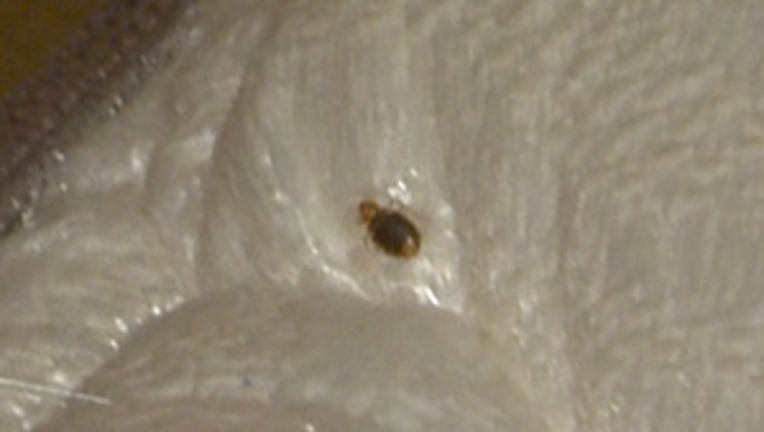 SEATAC -- It's a nasty problem. Bed bugs and neighbors at the Landing at Angle Lake Apartment complex in Seatac say they're fighting an infestation.

“I laid down and one was next to my cheek on my pillow and I immediately jumped up and ripped my sheet off and three scattered from underneath me so I think they were feeding at the time,” Said a tenant that asked that we conceal her identity.

That's when she knew she had a problem and she says it's only gotten worse.

“I have nowhere else to stay. I'm sleeping in my car tonight because I'm obviously not sleeping in this infested bed,” the tenant said.

She asked that we conceal her identity, but she was happy to show us the bed bugs.

“There's a problem going on,” she said.

Cheryl Talbert has no problem showing her face, because she is fed up and has nowhere to turn for help.

Talbert says several units have been treated for a bed bug infestation, but she says unless they treat the entire building, the bed bugs will simply move from one unit to another.

"We actually found seven bed bugs at that time and that was after all the pesticide that were sprayed,” Talbert said.

In the dumpsters outside mattresses have been tossed.

Neighbors say because of the bed bug problem.

Neighbors also say along with failing to do anything about the problem, management won't help with relocation.

Some are seeking legal advice about what to do next.

"There's still bed bugs here and I've gotten no email, no phone call, no response at all and the sad thing is most of us out here we don't have a lot of money. We can't afford an attorney. It's hard to find an attorney that will take it on a contingency matter, which is what we need,” Talbert said.