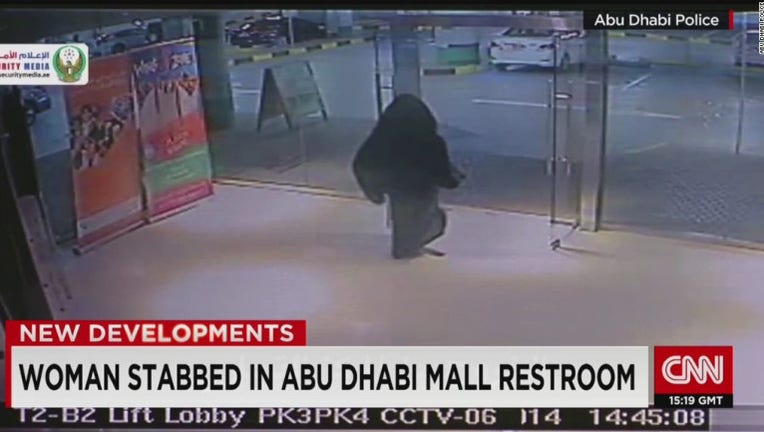 UAE police had said U.S. citizen Ibolya Ryan, 47, died after an unknown attacker stabbed her Monday during a fight in a restroom at the high-end Boutik Mall on Reem Island.

Reem Island is a newly developed area of Abu Dhabi where many Western expatriates live.

Ryan worked as a schoolteacher and was married with 11-year-old twins, police said.

Police haven't said what led to the fight. The attacker fled the scene immediately after committing the crime, police said.