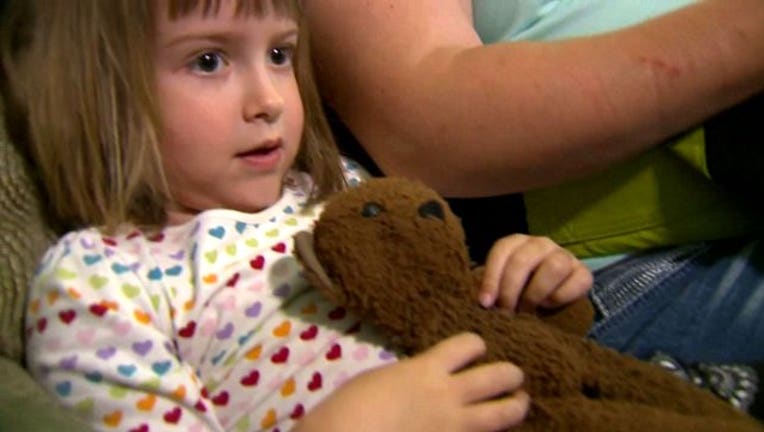 FERNDALE -- A 4-year-old girl helped detectives solve what was reported as a home invasion in Ferndale.

Abby is wise beyond her years.

"Wednesday was the worst day in my life," she said.

On Wednesday, Abby helped the Whatcom County Sheriff's Office crack a case that would make the Babysitter's Club proud.

"They told us to get out of the house cause they wanted to steal stuff," Abby said.

Investigators said the girl's 17-year-old babysitter orchestrated a false home invasion along with her 16-year-old boyfriend and another male suspect. They said the teen made up a story about two armed black men breaking into the Ferndale home.

"The bad guys stole my kitty bank, they stole my iPod," Abby said.

The babysitter told investigators one of the suspects looked like the neighbor next door.

Neighbor Cody Oaks said police handcuffed him and questioned him for several hours because he fit the description. But Abby knew better, and she told police.

Abby told investigators the suspects had white skin, not black, and that's when the babysitter's story started to crumble -- and she confessed.

Abby's mother said she is proud of her young daughter.

"Literally in 30 seconds, she changed everything that had been going on for five, six hours," her mother said.

Her neighbor hopes the babysitter and her accomplices learn their lesson.

"It's kind of sad because I don't think she realizes the dangerous situation she put me in," Oaks said.

As for the stolen belongings, Abbys said "they got it back because of me being the superhero."

No word yet on whether she plans to go pro wither her detective skills.

The babysitter and her alleged accomplices were arrested and could face robbery, burglary and perjury charges.