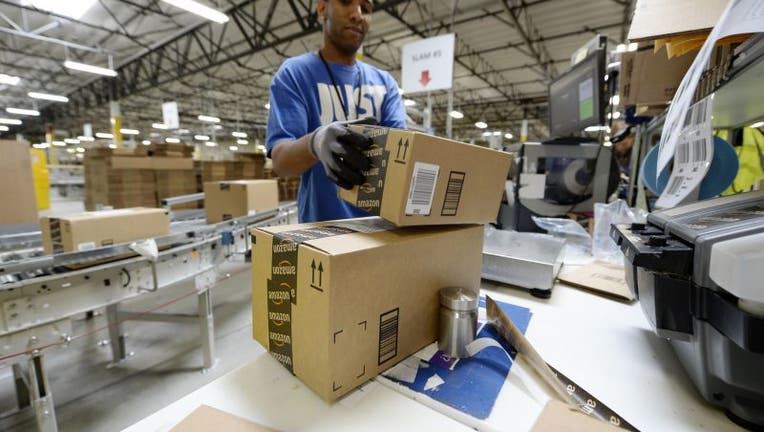 With the holidays in the books, SpecOut looked back at the hottest gifts from the season, with a focus on Amazon sales. The online retailer released a report detailing the best-sellers of the holidays, ranging from music to movies, gadgets to home appliances. As usual, electronics and home entertainment dominate the list.

We’ll run through 25 of the hottest sellers, complete with the likely keys to success. With more than 200 million orders shipped from Amazon Prime alone, chances are at least a few of these products found their way under your tree.

Note that Amazon's release doesn't provide hard numbers, only general highlights and a list of top-sellers. So we'll be doing our best to read between the lines.

There's budget shopping, and then there's this $7 pair of Panasonic in-ear headphones. The sound quality is merely fine, but for under $10, it's among the best stocking stuffers you can buy.

Price: $140
Likely key to success: quality at a fair price

While the $7 Panasonic earphones were the cheap holiday best-seller, Sennheiser won the high-end. Sure, they're still not up to DJ or audio engineering standards, but for everyday music lovers, the 598 Special Edition provides great quality for the price.

The Powerbeats 2 Wireless In-Ear Headphones sound good, work reliably and look great. Yes, the product is overpriced. Sure, other wireless headphones do a better job. But no one in the audio industry has a brand like Beats, which propels the company's products every holiday season. 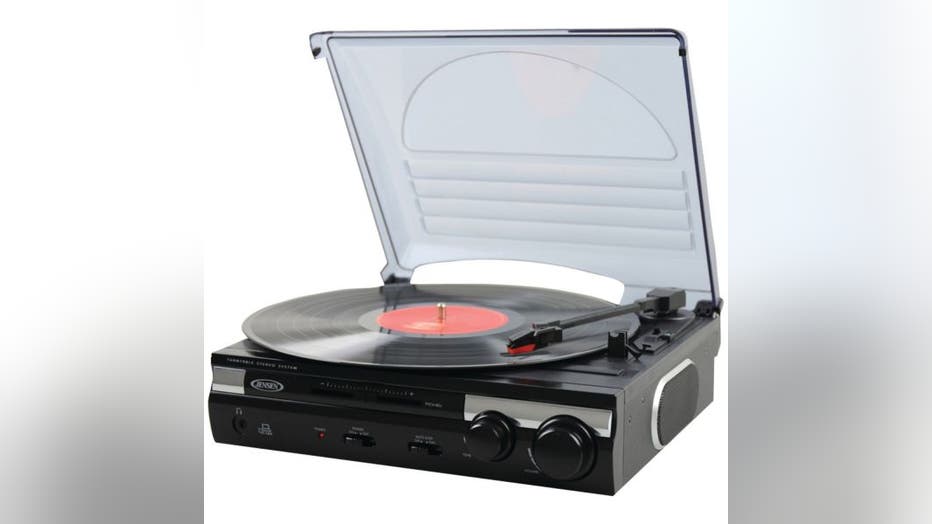 What could be better than having a personal turntable with built-in speakers, all for $50? For music lovers, this at-home-DJ machine was the ideal gift: geeky, affordable and retro all at once. 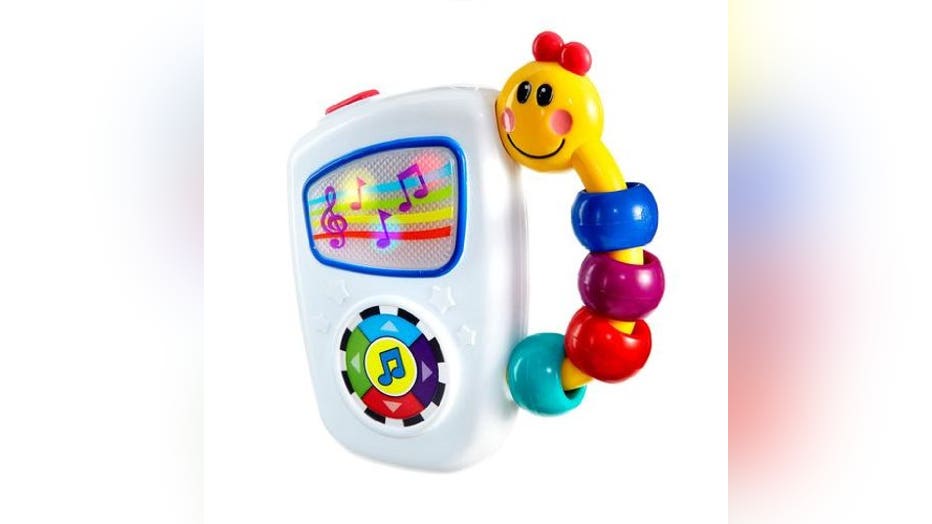 The Baby Einstein toy has everything going for it. It's as cheap as a sandwich, plays famous classical music and belongs to a lucrative market — rookie parents will buy just about anything for new arrivals.

The Amazon Fire lacks the nifty "Paperwhite" technology of the company's e-readers, and isn't as powerful as the high-end Amazon Fire HD. But at $50, it's hard to ignore Amazon's entry-level tablet.

While the standard Amazon Fire might be nothing special in the world of tablets, the Amazon Fire Kids Edition provides a colorful bezel and child-friendly design. It costs twice as much as the classic tablet, but customers were clearly willing to spend for their kids.

With a crisp display and solid performance, the Amazon Fire HD 6 can actually compete with other midrange tablets from Samsung and Apple. While the reviews have been mixed, the price point is far below the Galaxy and iPad alternatives, making the Amazon's HD tablet a holiday hit.

The GoPro brand remains hot, with cameras built for adventuring, climbing, racing and other extreme sports. This holiday season, the high-end HERO4 Silver beat out the entry-level models, indicating customers were willing to spend for more features and even higher quality.

Price: $60
Likely key to success: power for its size

A practical gift for college kids and homemakers, reviews report that this Black and Decker Dust Buster performs like a buster double its size.

When your laptop starts to slow down, it's tempting to buy a brand new one. But Samsung's SSD — a replacement drive for both PCs and Macs — was a popular alternative fix this holiday season, and reviewers say performance improvements can be dramatic.

As TV makers have pushed 70-inch TVs with "ultra HD" resolutions, price tags have plummeted on the modest end of the spectrum. This TCL TV — perfect for a dorm room or side bedroom TV — retails for under $250. Throw in built-in smart features, and it's no surprise this model emerged a holiday winner.

At $340, this Samsung 1080p TV offers great value for an HD television. Sure, all the marketing suggests you should get a 60-inch-plus set, but for many people, 40 inches is plenty.

Every year, laptop makers battle for the low end of the market, with the goal of selling a cheap (under $500) model that still garners good reviews. 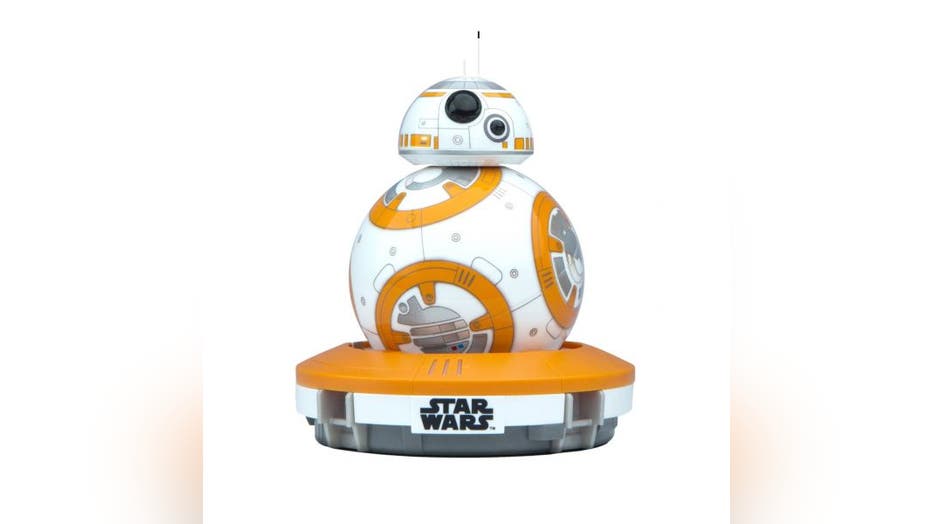 With the release of "Star Wars: The Force Awakens" — on pace to become the biggest box office hit in film history — Sphero's BB-8 droid toy cruised onto Amazon's best-selling list. 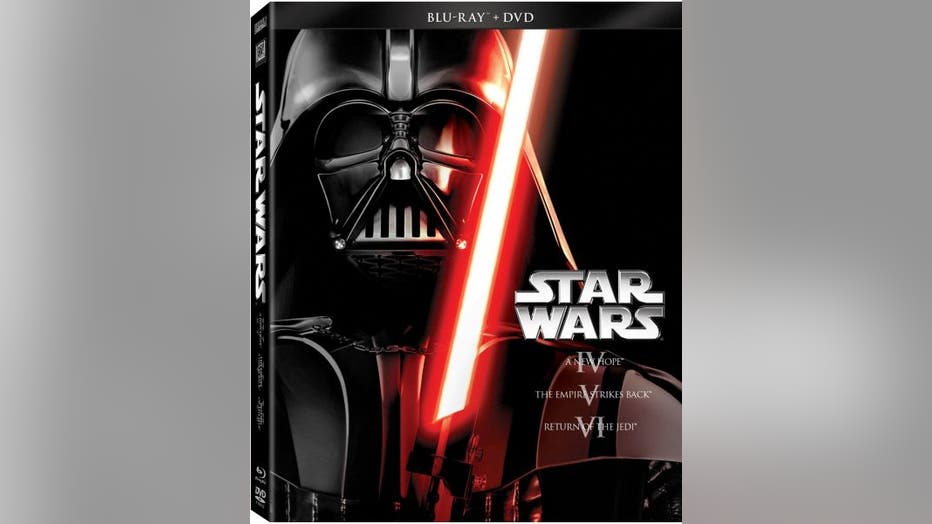 Unfortunately for consumers, you can't stream the original Star Wars trilogy using any standard streaming service, whether you try Netflix, Hulu or HBO. Fortunately for 20th Century Fox, you can buy the Blu-ray or DVD set just fine. 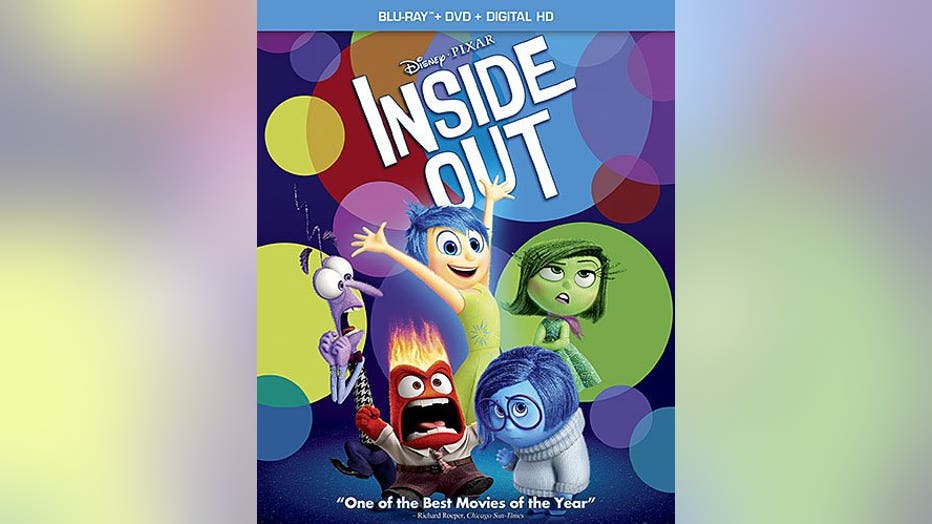 Kids' movies sell better than just about any other films, and Pixar's summer hit is the latest example. Critics might be mixed on "The Good Dinosaur," but "Inside Out" succeeded across both reviews and box office receipts. 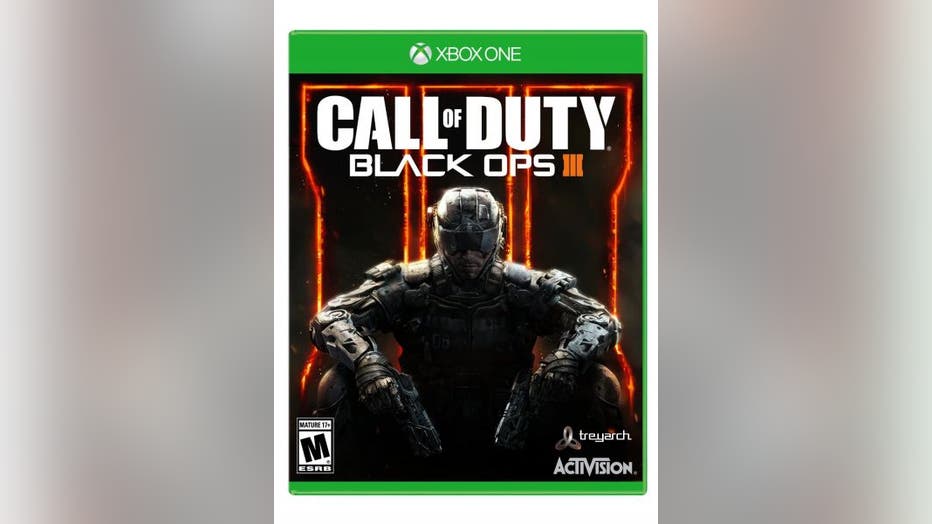 Price: $50
Likely key to success: one of the most consistent series in video games

Even as mid- and low-budget game studios have struggled to compete with mobile phones and apps, the big-budget game series continue to flourish. Call of Duty remains among the most consistent series in all of video games, and "Black Ops III" was the latest in a string of top-selling titles. 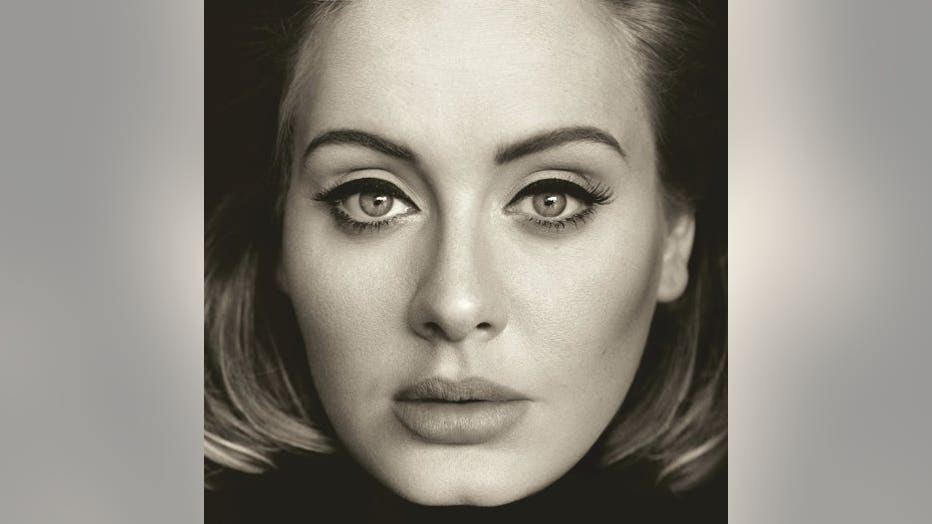 It's rare to see an album on a top-selling list in 2015, largely because of streaming services like Spotify. But Adele has always had the power to transcend the trends. Her hit single, "Hello," is on pace to hit 1 billion music video views. 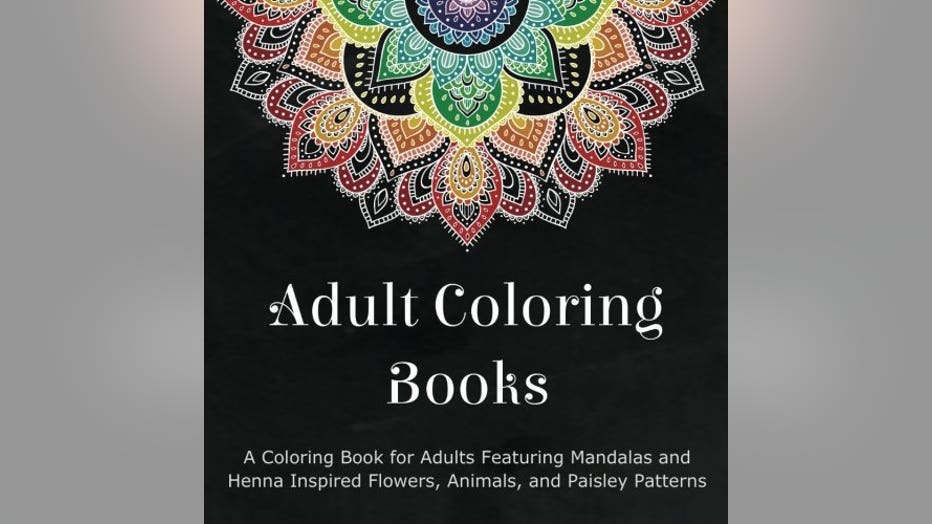 The latest stress-reducing activity is the adult coloring book, which lets you color in intricate designs while you unwind after work. The aptly named "Coloring Books for Adults" produced this year's bestselling version. 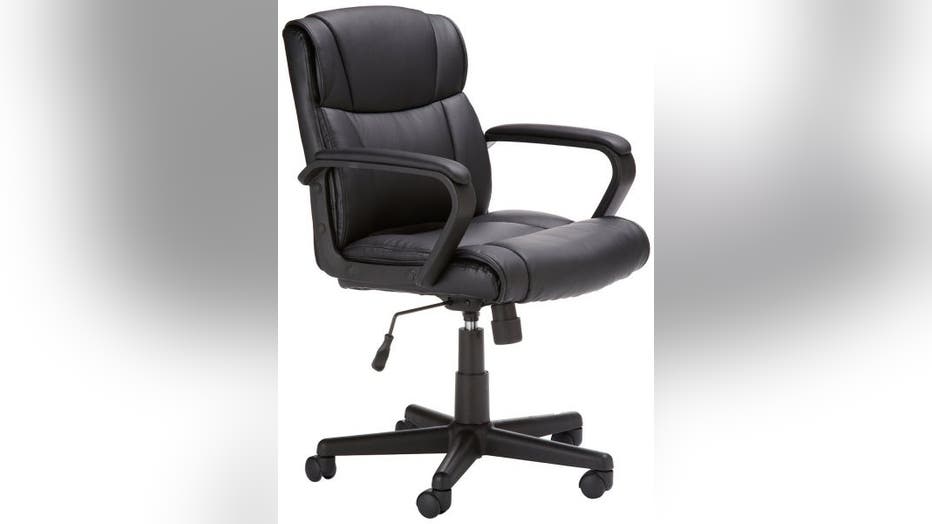 Here and there, you'll find a mundane, practical item surfacing among the more holiday-specific sellers. This year, Amazon's Mid-Back Office Chair won the sales battle. While it might have been a popular holiday gift, our guess is that it had more to do with corporate office equipment orders than holiday cheer. 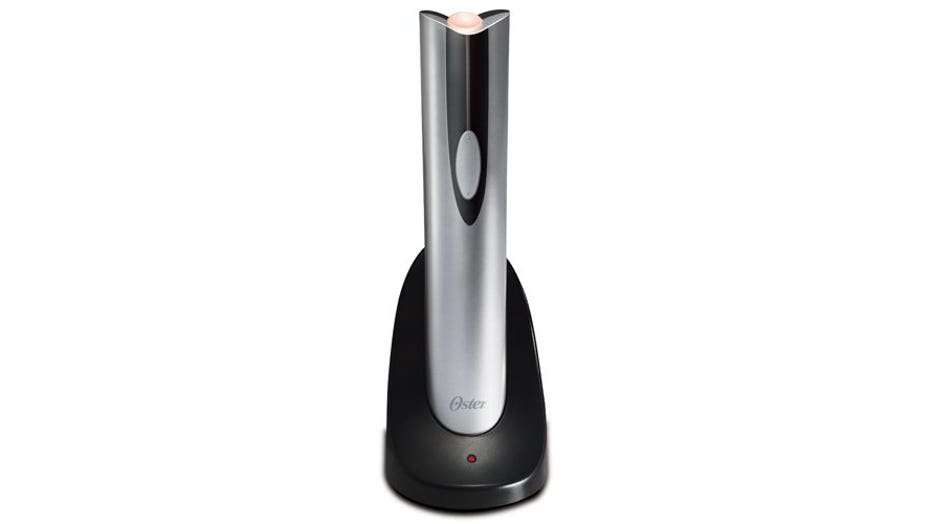 The only holiday gift more generic than a bottle of wine? A fancy wine opener. With automatic, electric operation, it combines techy flair with daily use. 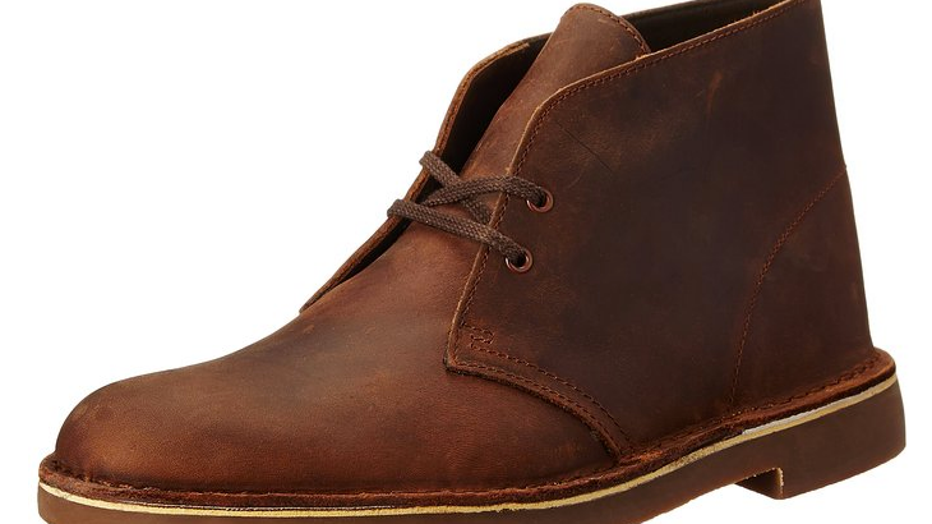 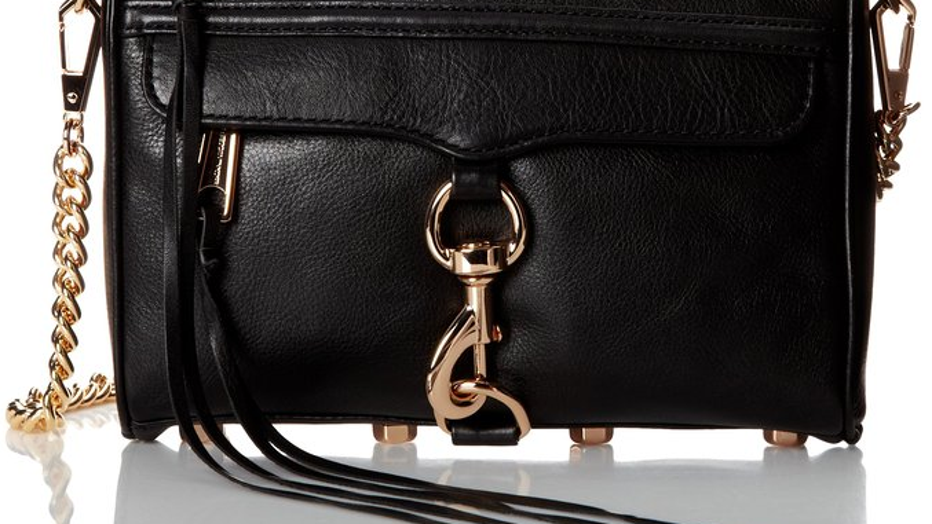 In the annual women's bag sweepstakes, the Rebecca Minkoff Mini Mac won the holidays. Reviewers indicated that the smart design and overall look of the bag justified the moderately high price tag. 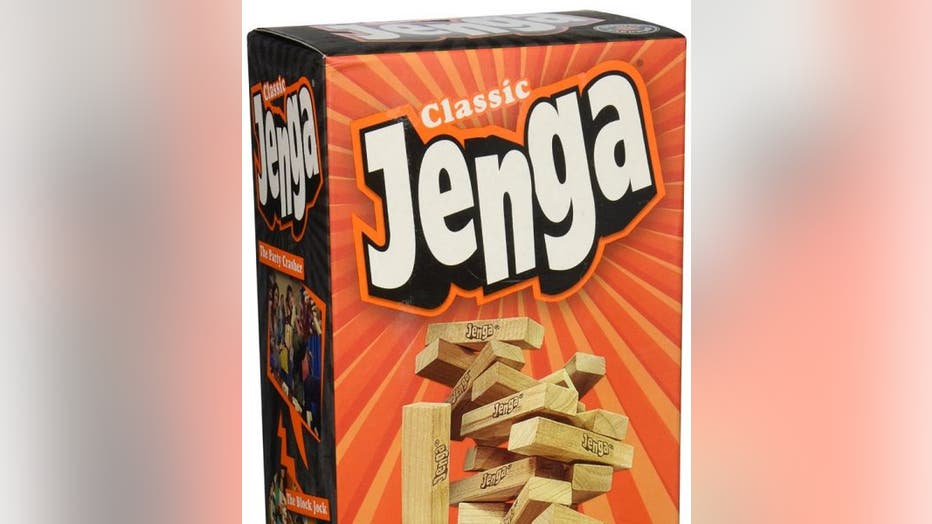 There's a reason Hasbro includes "Classic" in Jenga's name: it's part of Jenga's brand, and why the game continues to sell, year after year after year.

Compare Thousands of Headphones on SpecOut