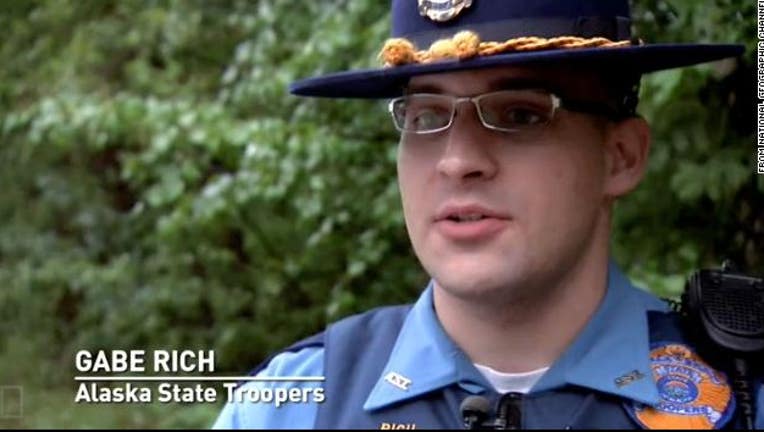 FAIRBANKS, Alaska (CNN) -- They were TV stars, in a sense, having appeared on the National Geographic Channel's reality show, "Alaska State Troopers." But more than that, Patrick "Scott" Johnson and Gabriel "Gabe" Rich were family men and men of the law.

Neither got the happy Hollywood ending they deserved, instead dying in a confrontation in a sparse, remote sliver of Alaska.

The troopers' bodies were recovered from Tanana, a village 130 miles west of Fairbanks, on Friday, a day after they were reported killed, the Alaska Department of Public Safety said.

Two men -- a father and son - have been taken into custody since the incident near the Yukon River in the state's interior.

One of them --19-year-old Nathanial Lee Kangas of Tanana -- is under arrest in both deaths, the department said, adding that formal murder charges are being prepared. The other is Arvin Morse Kangas, 58, accused of fourth-degree assault and driving with a revoked license in a separate incident.

In a post Friday on their Facebook page, the Alaska State Troopers said they are "reeling from the loss" of their slain colleagues, both of whom worked out of the agency's Fairbanks rural service unit.

Born in Fairbanks, Johnson worked three years for the North Slope Borough Police before becoming an Alaska state trooper in 1993. Here, he held several roles including trooper, field training officer, canine officer, narcotics team supervisor and rural unit sergeant. It's in the latter job that the 45-year-old died, leaving behind a wife and three daughters, according to the Alaska State Troopers. 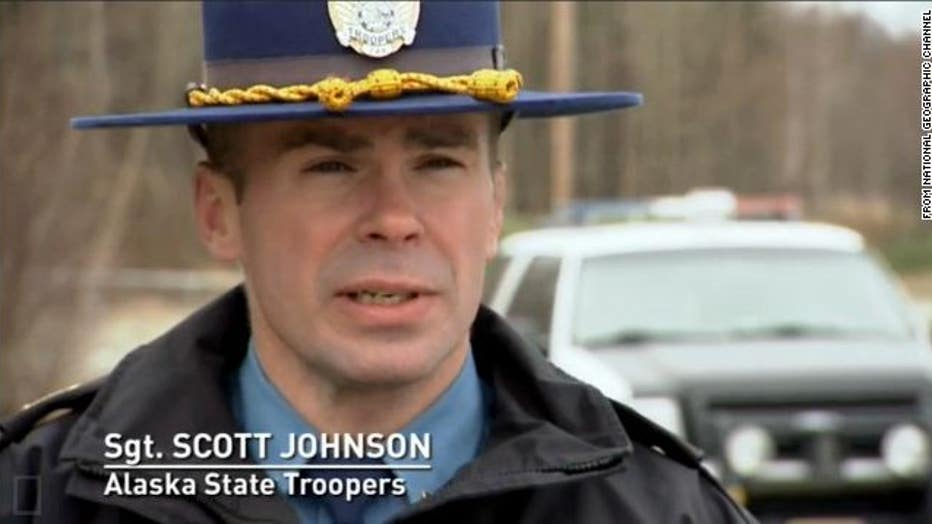 Rich moved to Fairbanks shortly after being born in Pennsylvania, then went on to work for the North Pole Police and, starting in 2011, with the Alaska State Troopers. The 26-year-old is survived by his fiancée and two sons.

Commenters on the police Facebook page offered personal remembrances of the two men, commending them as being good at their jobs and good people, generally.

Both gained a degree of widespread recognition thanks to their appearance on the National Geographic Channel's "Alaska State Troopers," a reality show that the network says follows "one of the toughest law enforcement agencies in the nation."

The troopers were not with a film crew when they died and are not slated for any future episodes, said National Geographic Channel spokesman Chris Albert said. The channel has pulled repeats of episodes featuring the slain troopers, he said.

"We have a long and proud association with the troopers, and consider them a member of our extended channel family," Albert said in a statement. "We send our deepest condolences to their families and the entire Alaska State Trooper force."

CNN affiliate KTVF reported that the officers had headed to the village to follow up on a report from the previous night of someone brandishing a gun.

The Alaska Dispatch website reported that the troopers were shot after an unarmed village public safety officer called for backup after an altercation involving the botched sale of a $150 couch.