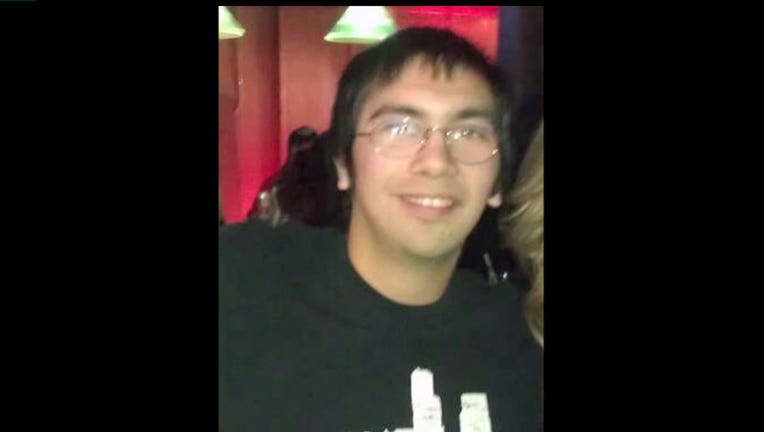 SEATTLE -- A man with a shotgun walked into a building on the Seattle Pacific University campus, shot three people, fatally wounding one, and was reloading when a student security guard pepper-sprayed him and he and other students disarmed him, Seattle police said.  The suspect, identified as a 26-year-old white male, was taken into custody.

The suspect, Aaron Ybarra, 26, of Mountlake Terrace, Wash., was booked in the King County Jail for investigation of murder, police said.

Police said Ybarra was not a student at the school.  "So far, police have not found any connection between the suspect, Seattle Pacific University or any of the victims," a police news release said.

Seattle's Harborview Medical Center said it had received four patients from the shooting: One of those, a 19-year-old man, died of his wounds. A woman, Sarah Williams, 22, underwent five hours of surgery and was in critical condition. A 24-year-old man hit in upper body with some shotgun pellets was in satisfactory condition, and a 22-year-old man was treated and released; he is believed to be Jon Meis, the student monitor who pepper-sprayed the shooter.

PHOTOS FROM THE SCENE 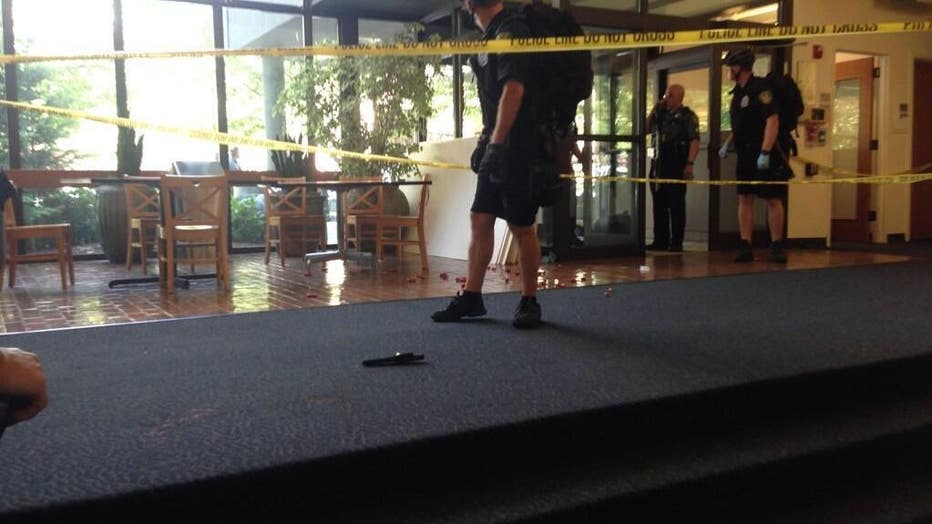 Seattle police Capt. Chris Fowler said, "Earlier this afternoon we had a young male enter Otto Miller Hall on the Seattle Pacific University campus, was armed with a shotgun. Walked into the building, into the foyer, immediately confronted three victims and shot those three individuals ... At that point, the shooter began to reload his shotgun.

"And a student who is the the building monitor inside the hall confronted the shooter, was able to subdue the individual," Fowler said. "And once on the ground, other students jumped on top of him and were able to pin him to the ground until police arrived."

The gunman's motive was unknown.

The school canceled classes for Thursday night and Friday.

A special prayer service was being held Thursday night at the First Free Methodist Church in Seattle.

At 5 p.m., police said the Otto Miller Building was secure and the campus lockdown was lifted.

Shots were first reported at 3rd Avenue West and West Nickerson by the Seattle Police Department at about 3:30 p.m.

Police sources told Q13 FOX News that an "agitated," white man believed to be in his 20s with a shotgun told two people on the campus to remain still. When one moved, the gunman shot that person. The second person sprayed Mace at the gunman, who then shot the second person in the face, police said.

Police said the gunman was uninjured and taken to police headquarters for questioning.

Gov. Jay Inslee issued a statement that read, in part: “I mourn with all Washingtonians tonight for the Seattle Pacific University student who died in today’s tragic shooting.  There are others still struggling with injuries and we need to keep them, their families and all SPU students in our hearts and prayers.

“There is much we don’t yet know about today’s shooting. But tonight it is clear that amidst the heartbreak, SPU has shown that it is a community that lives by its mission to serve others. There were students who put themselves in real danger to protect classmates from further violence and to aid and comfort the victims. Those selfless and brave acts should remind us of the indomitable spirit of young people.

“To see gun violence erupt at a place of higher education shocks all of us. Our schools should be safe havens. And so should our homes, our streets and our workplaces. We need to do more to prevent violence throughout our state.”

The Seattle Storm professional women's basketball team was on the campus practicing at the time of the shooting, but a team spokesman said everyone was OK and the team was locked down in the locker room at the school's Royal Braum Pavillion.

Seattle Pacific University (SPU) is a Christian university of the liberal arts, sciences and professions, located on the north slope of Queen Anne Hill in Seattle. It was founded in 1891 by the Oregon and Washington Conference of the Free Methodist Church as the Seattle Seminary. It became the Seattle Seminary and College in 1913, changed names again to Seattle Pacific College in 1915, and took its present name in 1977.

Seattle Pacific University is a member of the Christian College Consortium. It has an enrollment of about 4,100 students.