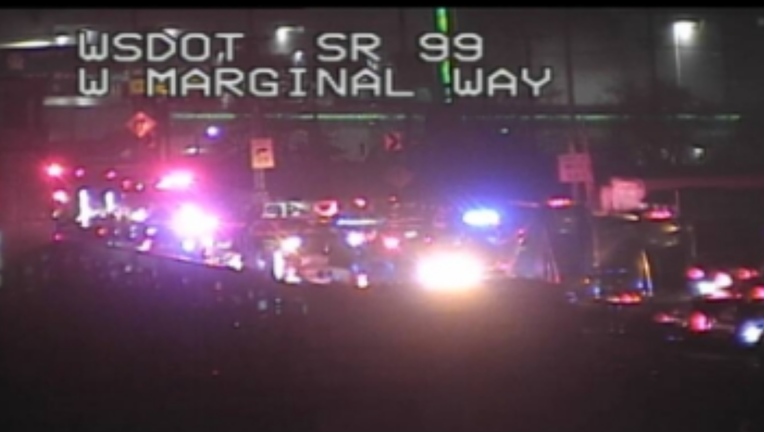 SEATTLE - One person was hospitalized after a multi-car crash Friday morning in Seattle.

Crews responded at about 4:30 a.m. to a report of multiple cars involved in a collision on the northbound lanes of State Route 99 at the First Avenue South Bridge.

One person was extricated and taken to the hospital and is stable.

The crash caused major traffic backups and the scene was cleared after 6 a.m.