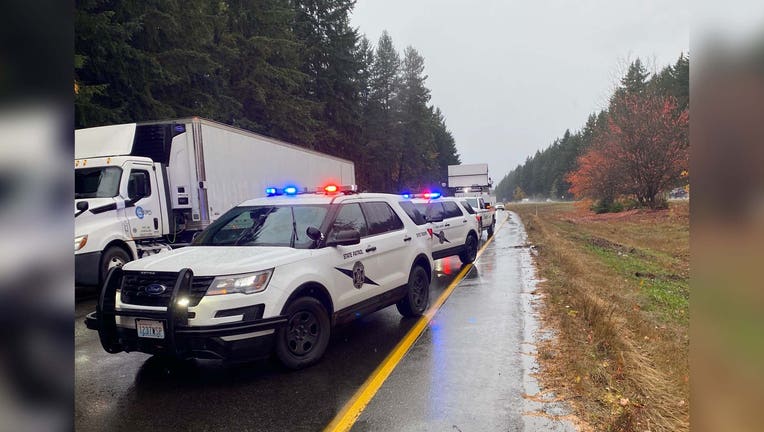 PORT ORCHARD, Wash. - A person has been arrested for suspicion of driving under the influence after a fatal crash on Highway 16.

State troopers were called to a rollover crash on eastbound Hwy 16, between SW Sedgwick Rd and SE Mullenix Rd, around 9 a.m. Monday. Traffic was restricted to one lane in both directions while they investigated.

According to Washington State Patrol, only one car was involved.

The passenger was killed in the crash, and the driver was taken into custody for investigation of DUI.

Authorities fully closed the road to pull the wrecked car from the median. The road is expected to reopen around 12 p.m.