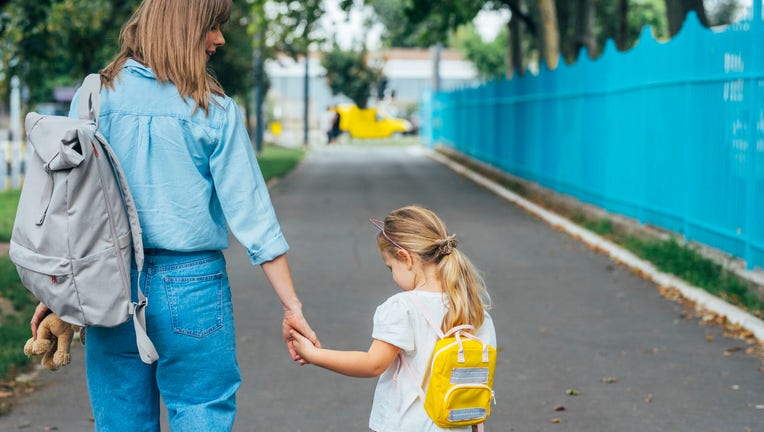 Millions of American households last week received what may be the final child tax credit (CTC) payment until further notice. That's unless Democratic lawmakers can come to an agreement to pass President Joe Biden's signature social spending bill, the Build Back Better Act.

Senate Democrats had hoped to vote on the bill, which would extend CTC payments through 2022, by Christmas. But that deadline is looking less realistic as Build Back Better failed to gain the support of a key holdout, centrist Democrat Sen. Joe Manchin of West Virginia.

In an interview on "Fox News Sunday," Manchin said he would not support the current version of the $1.75 trillion social spending bill, adding that he has "done everything humanly possible" to reach a compromise with the Biden administration.

Shortly after Manchin's comments, the White House released a statement criticizing the senator for the "sudden and inexplicable reversal in his position."

"Just as Senator Manchin reversed his position on Build Back Better this morning, we will continue to press him to see if he will reverse his position yet again, to honor his prior commitments and be true to his word."

Keep reading to learn more about the fate of Biden's spending bill and the future of child tax credit payments. If you're considering borrowing money amid the uncertainty, be sure to compare interest rates on a variety of financial products, including personal loans, on Credible to find the lowest possible rate for your situation.

Future of expanded CTC is uncertain amid Build Back Better negotiations

Democrats hold a narrow 50-50 majority in the Senate, which means the Build Back Better bill needs the support of every Democratic lawmaker in order to pass without Republican votes. Manchin has previously expressed concerns about the price tag on the bill, citing "sobering" cost estimates from the Congressional Budget Office and current record-high inflation.

"Inflation is real. It's not transitory. It's alarming. It's going up, not down. And I think that should be something we're concerned about."

Manchin has been pushing to adjust the bill's child tax credit measures, according to Axios. Specifically, he wants to add a $60,000 income cap and a work requirement — neither of which are included in the current version of the bill. The senator also told reporters that assertions he wants to cut CTC benefits are "a lot of bad rumors," The Associated Press reported.

Progressive lawmakers are growing increasingly frustrated over the Build Back Better stalemate. Rep. Cori Bush, D-Mo., mentioned Manchin by name in a Dec. 15 statement when talking about senators who are "blocking lifesaving funding" included in the bill.

"We must not undermine our power as a government nor the power of the people by placing the fate of Build Back Better at the feet of one senator: Joe Manchin," Bush said.

As Congress struggles to pass the bill by the end of the year, the future of CTC payments in 2022 is uncertain. Many American families have come to depend on the $300 monthly payment to pay for necessary expenses, according to a recent survey, which means some consumers may be looking for alternative cash options like personal loans.

You can compare personal loan rates on Credible for free without impacting your credit score. Use a personal loan calculator to estimate your monthly payments.

CTC payments may keep millions of children out of poverty

As currently structured, Build Back Better would extend the expanded child tax credit payments through 2022 and make full refundability permanent, meaning low-income families would be allowed to receive the same benefit amount as families with higher incomes.

The bill's CTC improvements could reduce child poverty by more than 40%, according to the Center on Budget and Policy Priorities (CBPP). The vast majority of this impact is driven by full refundability, which is an aspect of the bill that Manchin has been hesitant to support.

"Making the credit fully available on a permanent basis to families with low incomes would improve children’s lives in the near and long term and benefit society overall, in important ways," according to the CBPP.

Grassroots organizers in Manchin's home state have urged the Senator to ensure the passage of Build Back Better and its continuation of the child tax credit payments. This is after the West Virginia Center on Budget and Policy found that the CTC has the potential to benefit 346,000 children in the state.

Overall, Build Back Better's CTC expansions are expected to benefit nearly 90% of American children — about 65 million kids in total, the CBPP estimates. However, these expansions hang in the balance as bill negotiations are ongoing.

If you need extra cash amid the uncertainty of future CTC payments, consider borrowing a fixed-rate personal loan while rates are near all-time lows. You can see offers tailored to you on Credible.