Surprise cold snap, snow to clear out through the weekend

SEATTLE - We really did see an interesting weather day across the region. Skies dropped anything from rain and hail to snow at times from the coast to the Cascades. Highs were cool as well, only landing in the low to upper 40s for most. 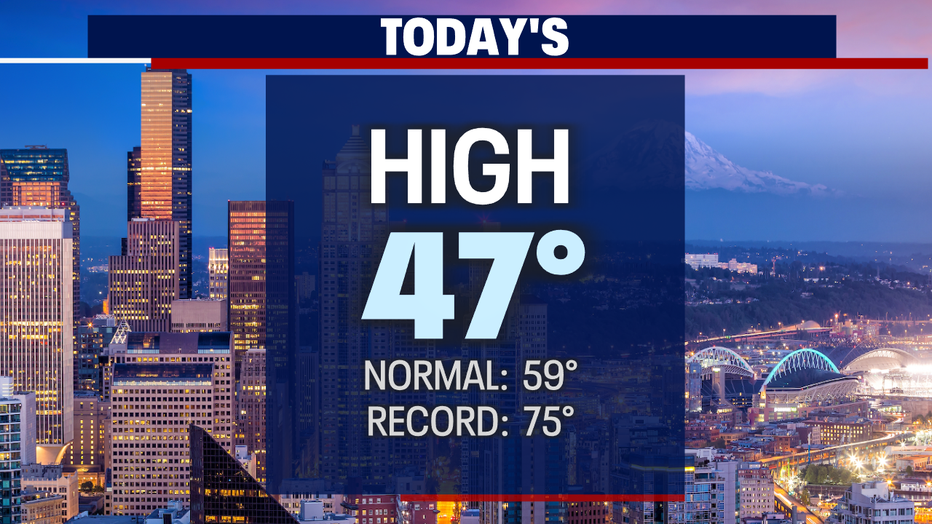 The good news….temperatures will warm up as we move through the workweek. The bad news….we'll hang below-average through Easter. Highs normally for this time of year land near 60. 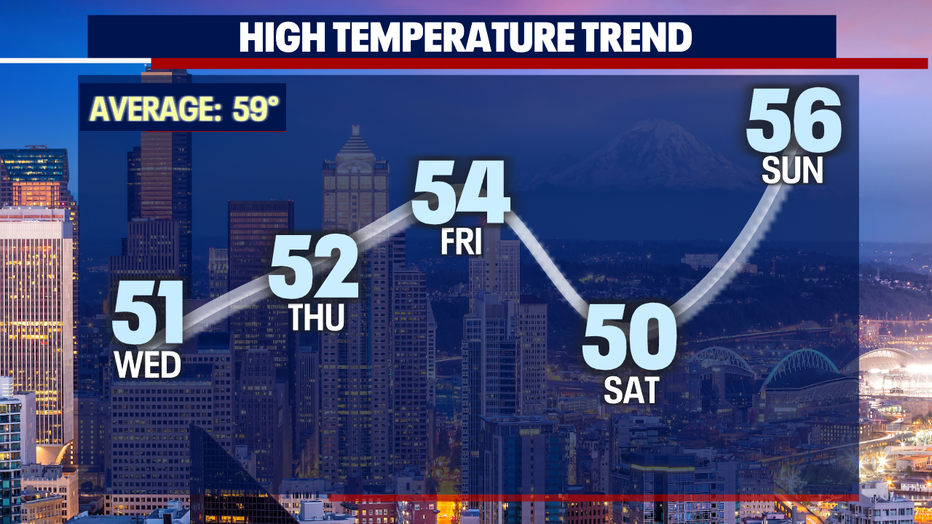 Throughout the week, we'll continue our theme of cool and showery with pockets of moisture all associated with an upper-level trough.

By tomorrow morning, very early, don't be surprised if some of us way south wake up to more snow on the ground, but again, temperatures will warm and everything will melt. Just allow for extra time when heading out the door as lows will start off near freezing for many areas.

By late in the day skies will clear some just as they did Tuesday. 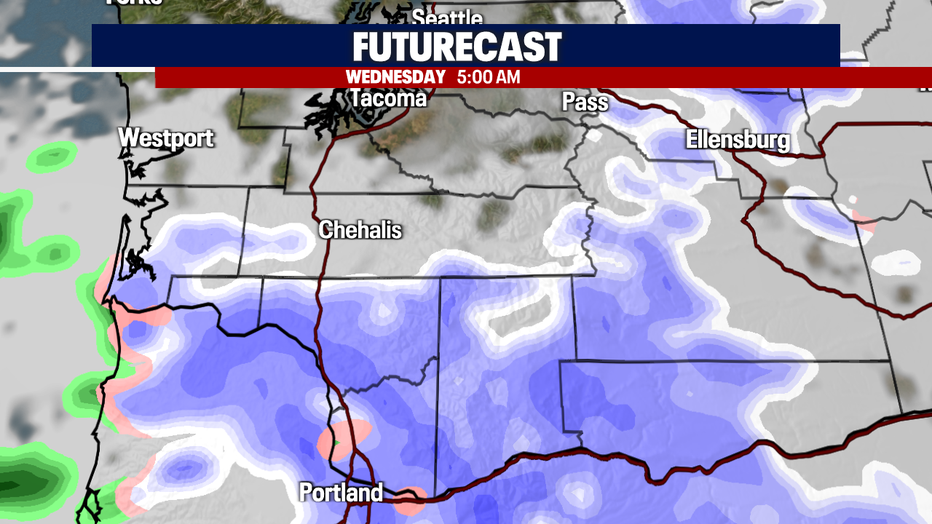 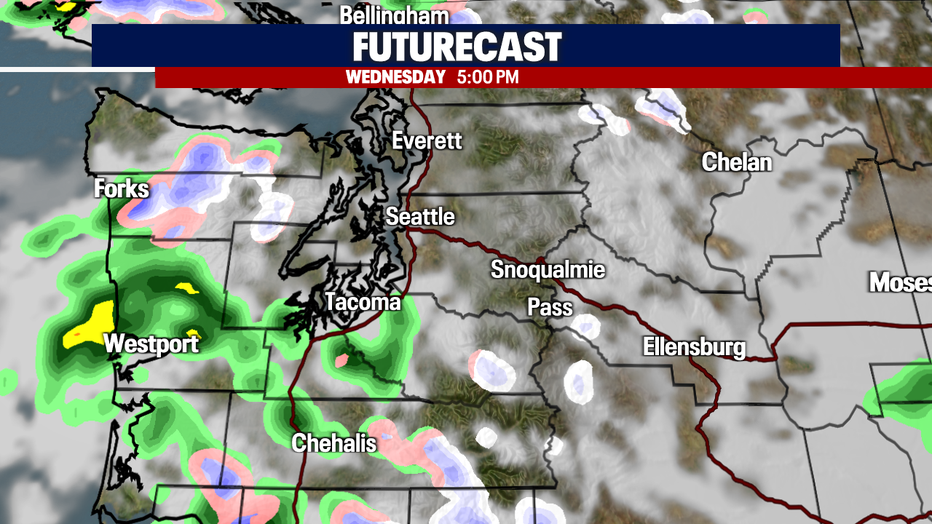 We also have a "Winter Weather Advisory" in effect until 9 pm tomorrow for the southern Cascades.  Additional snow totals could range between 4-8". Plan on slippery roads if traveling through the mountains.

We also have an alert for the Central Coast Range of Western OR/WA Willapa Hills area. Look for snow totals between 2-6" above 1,000'. 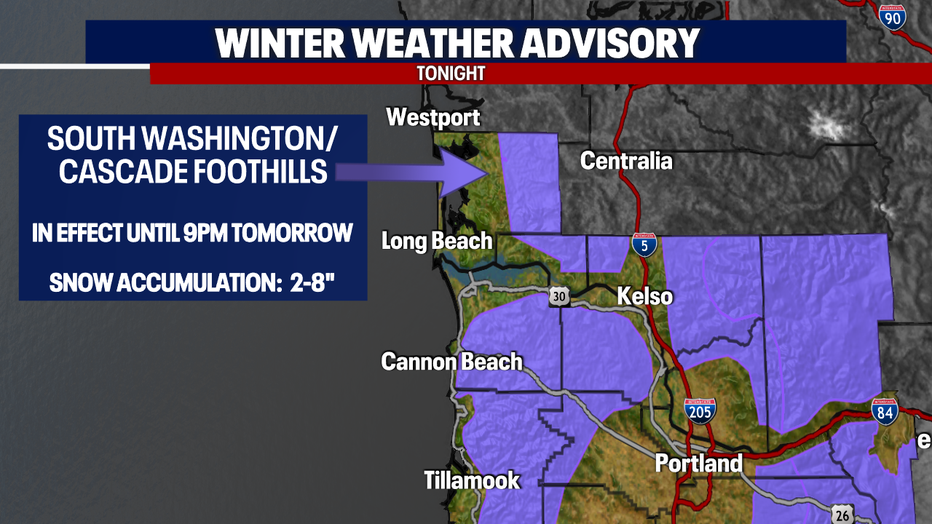 Unsettled conditions hang with us most of the week. Look for mainly dry days with some scattered showers. Highs run in the low to mid-50s.

By the weekend and Easter Sunday, we should see weak high-pressure building in for drier conditions. Highs climb into the upper 50s. 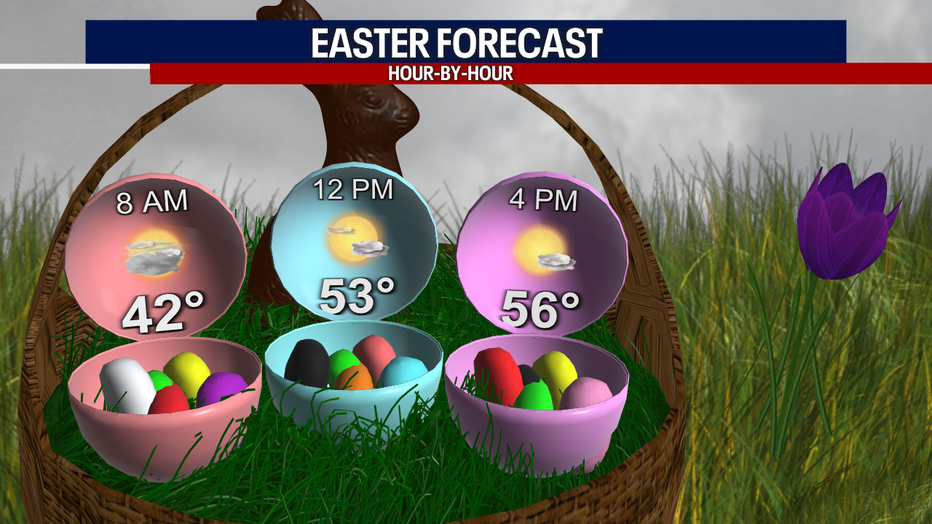 Another front pushes in later Monday into Tuesday giving us another shot at showers.

Have a great night all!  ~Erin Mayovsky, FOX 13 Forecaster 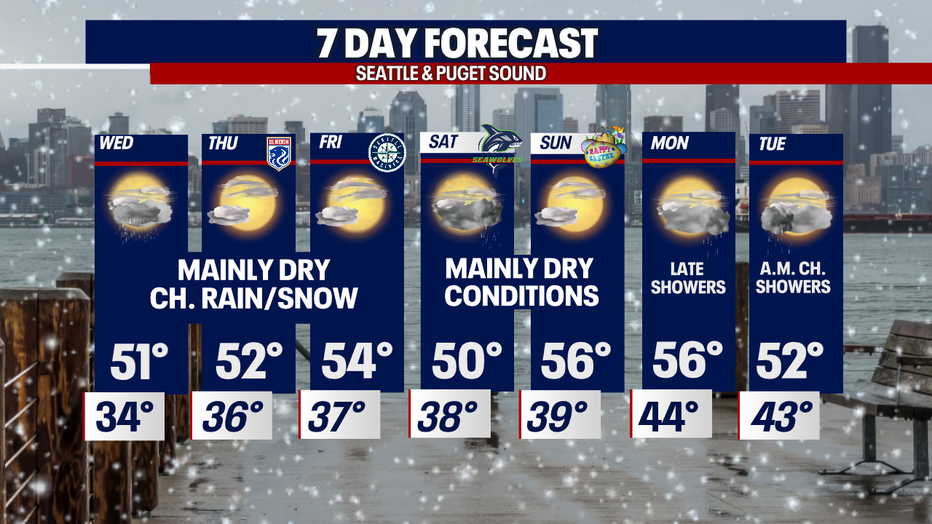 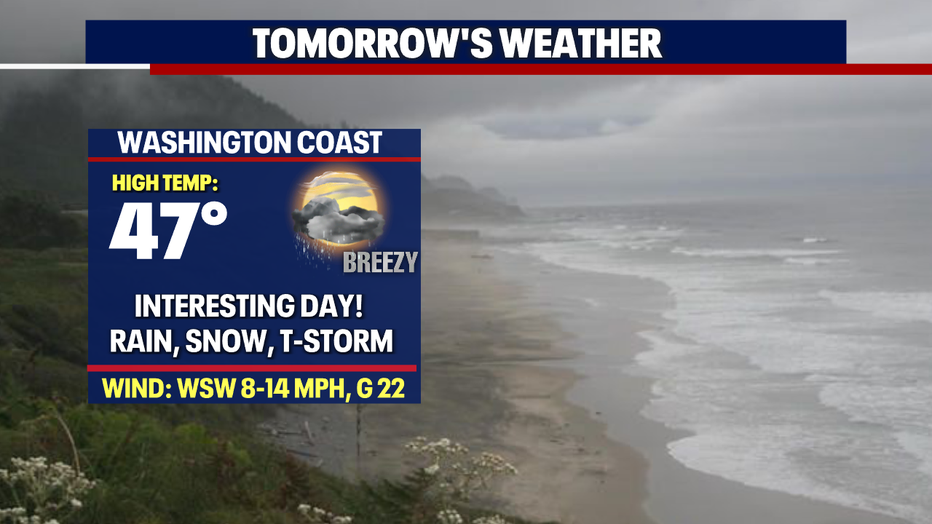 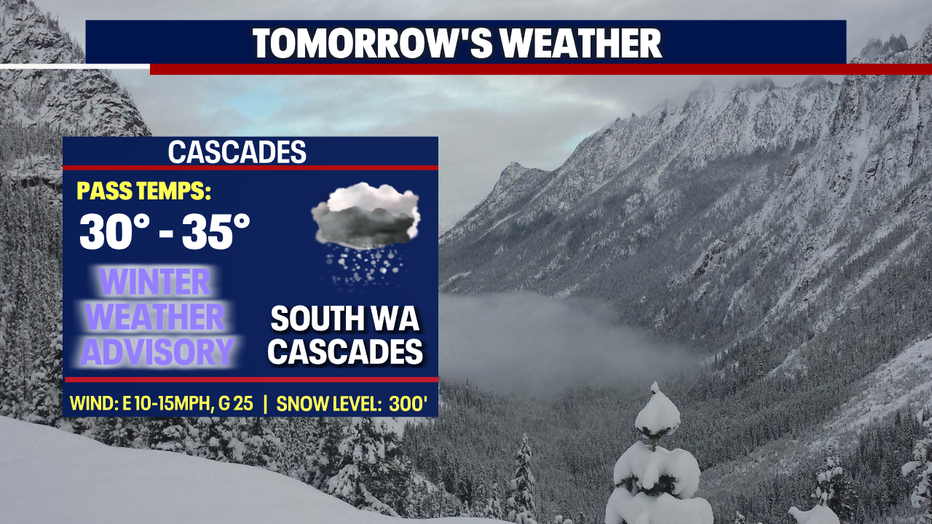 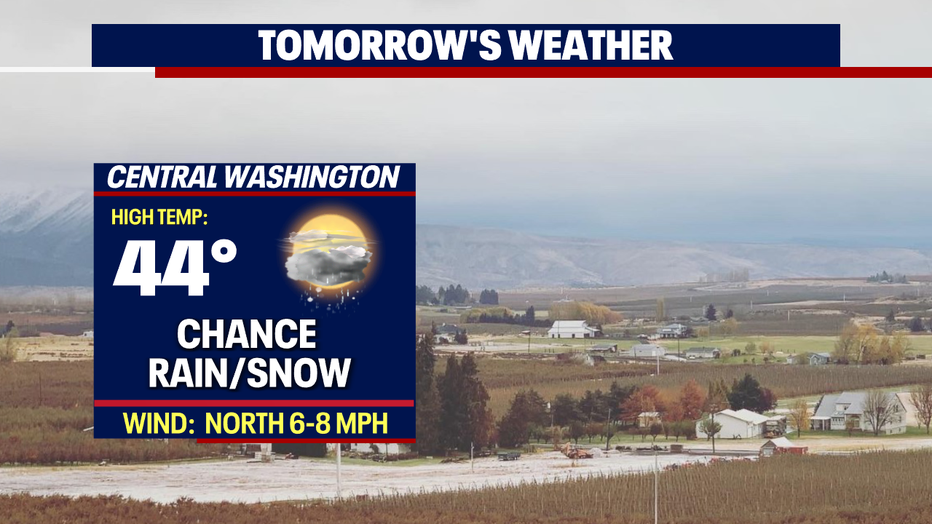