SEATTLE -- Things are improving, but it was wet, windy and snowy (in the mountains) again as we woke up Thursday morning.

It was quite gusty this morning, with a number of locations with gusts of 30-35 mph.

There have already been a number of power outages and even several down trees and large tree branches out around Buckley in Pierce Co.

This was the scene in Wilkerson from viewer Clarissa Carter: 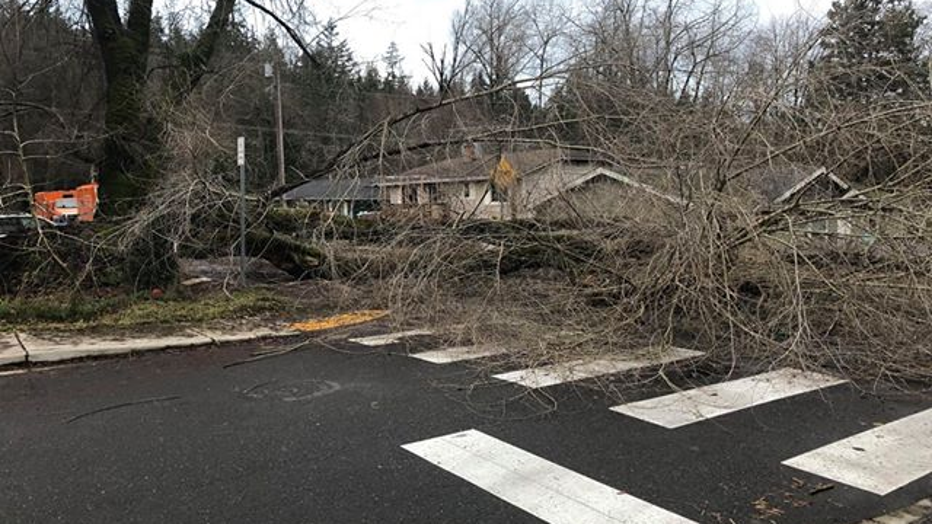 That said, rain is still falling. We’ve had considerable rainfall out around the Coast and the Olympics over the past 24 hours! But with snow in the mountains (with more ski resorts opening this week) and students driving over the pass for Winter break, the mountains still remain a bigger issue.

Snow levels in the area rise from about 3,000 to 5,000′ today. This isn’t going to prevent our ski resorts from opening Friday but it may melt a small amount of the snow base at the summit and create a few icy areas… but just a few hours later, snow levels drop back down overnight and Friday.

But while the snow continues to fall…. we’re coming off some decent rain totals.

This is the 24-hour rainfall from 8am Wednesday – 8am Thursday: 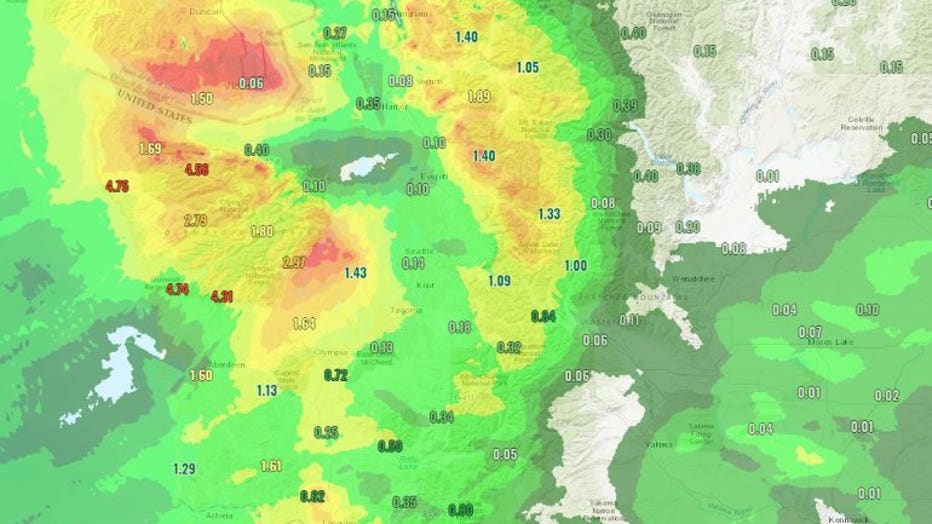 Some spots close to 5 inches, which is why flooding remains an issue.

Thankfully we’ll catch a little bit of a break from the rain in the second half of the day. A few spots around the South Sound and North of Seattle have already seen a few breaks in the rain. But don’t worry: plenty more where that came from the next seven days.

In the meantime: with as much rain as we’ve had–flooding is a concern. 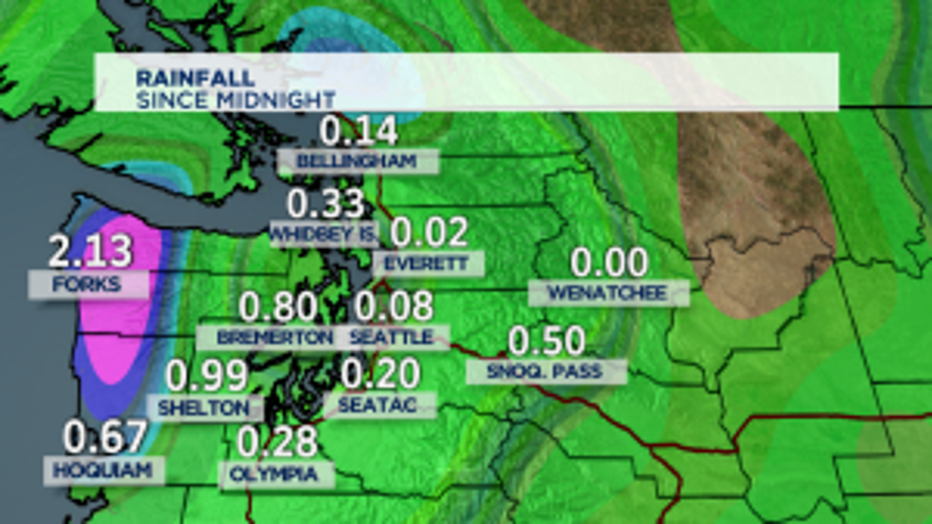 A FLOOD WATCH continues for Clallam, Jefferson & Grays Harbor County until later this afternoon from heavy rain over the Olympic Peninsula. That sheer amount of rain we’ve had will drive up river levels substantially.

A FLOOD WARNING is in effect through Friday for the Skokomish River. 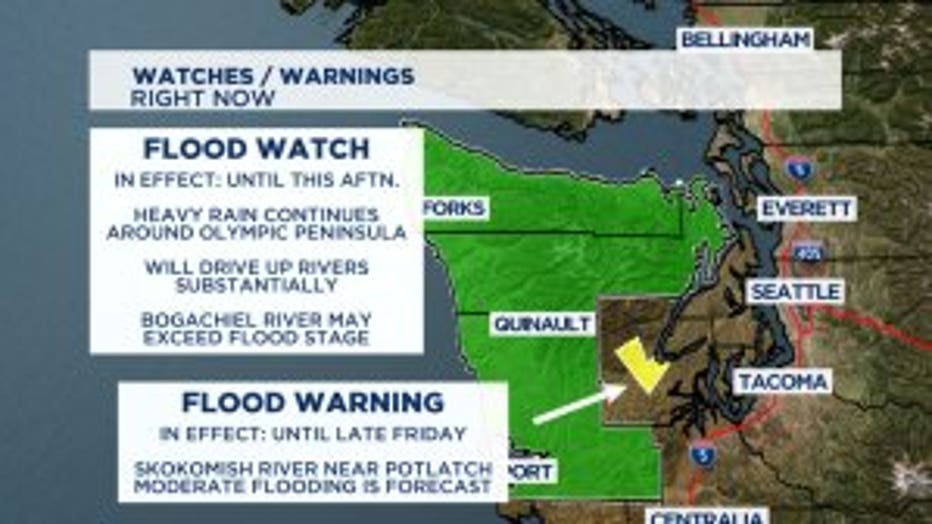 Something we don’t see very often: a STORM WARNING which has popped up off our Washington Beach from between Cape Flattery to Cape Shoalwater for some significant wave heights. Seas today: 19-22′ with reduced visibility down to about a mile today. This really only impacts boaters and fishermen.