SEATTLE -- The rain is moving in tonight and we just may see some lowland snow mixing in for parts of Whatcom and Skagit Counties as temperatures drop into the mid to upper 30s.  Areas like Burlington, Sedro-Wooley, Alger and right now it looks like Bellingham may not be in the mix, but further north for Greenwood, Lynden, Everson, Deming, Sumas certainly could see some wet snow for part of the morning hours.  As we push through the day rain will take over as temperatures warm up. 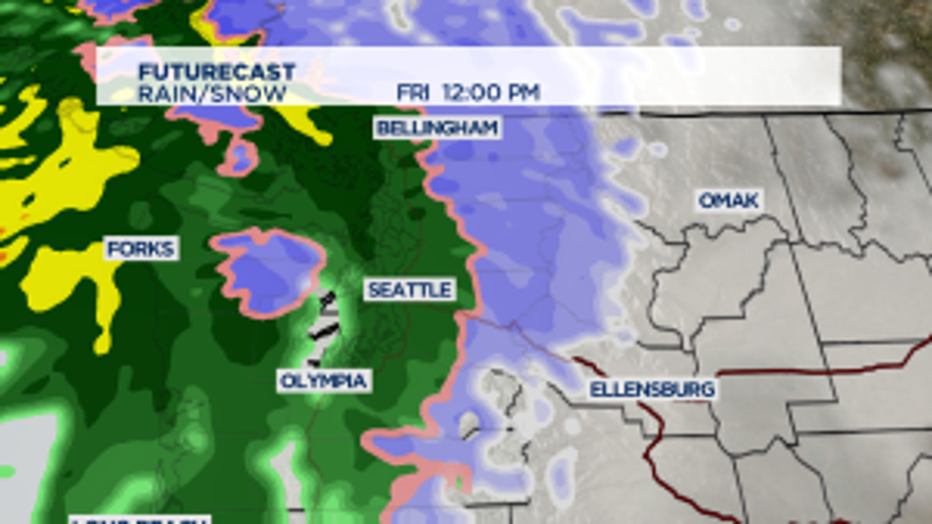 The mountains will be getting a good dumping with the snow level around 1,000 feet in the afternoon.  All of the passes will be impacted and the ski resorts will get a good few inches. 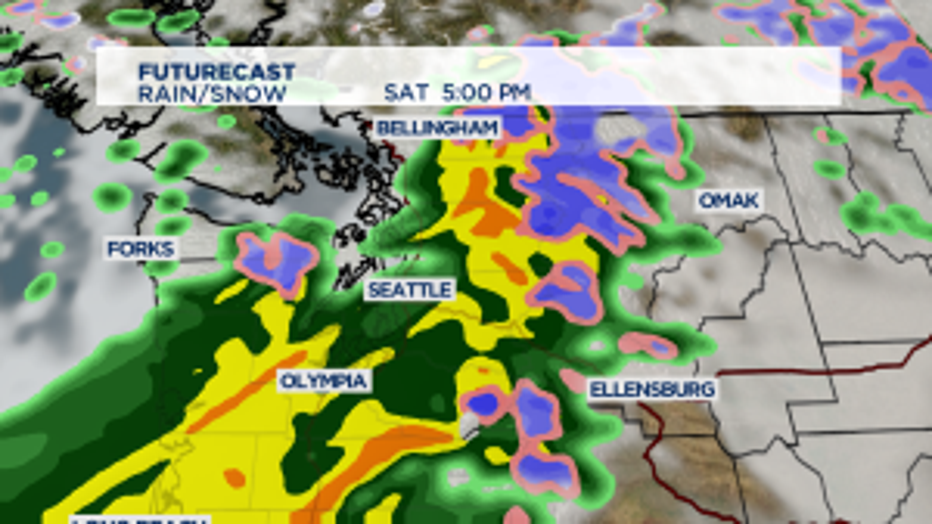 Saturday looks rainy and breezy.  It’ll be warmer too with a warm front; highs in the low 50s.  The snow level will be higher, up to around 5,000 feet, so the passes could see rain rather than snow. 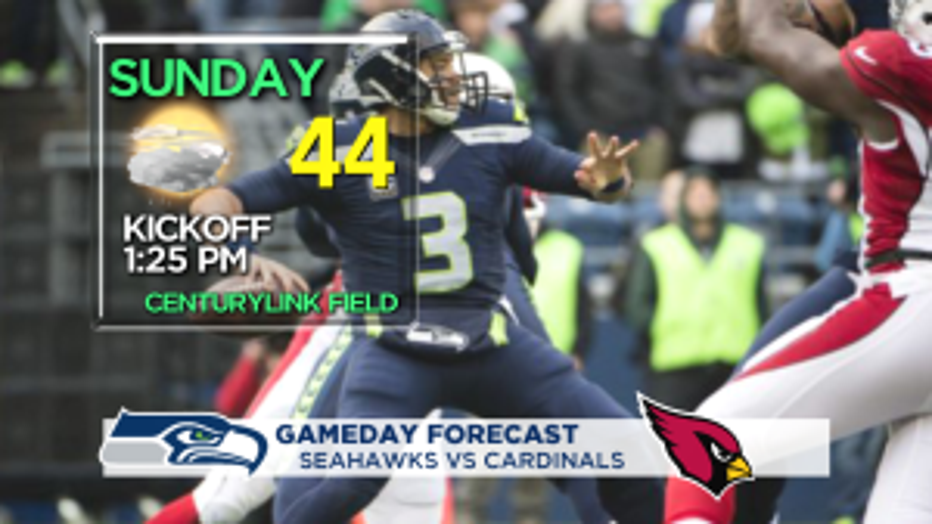 Sunday will feature some showers.  So be prepared for a chance of showers at CenturyLink Field. Kick off set for 1:25pm vs Arizona on Q13 FOX. 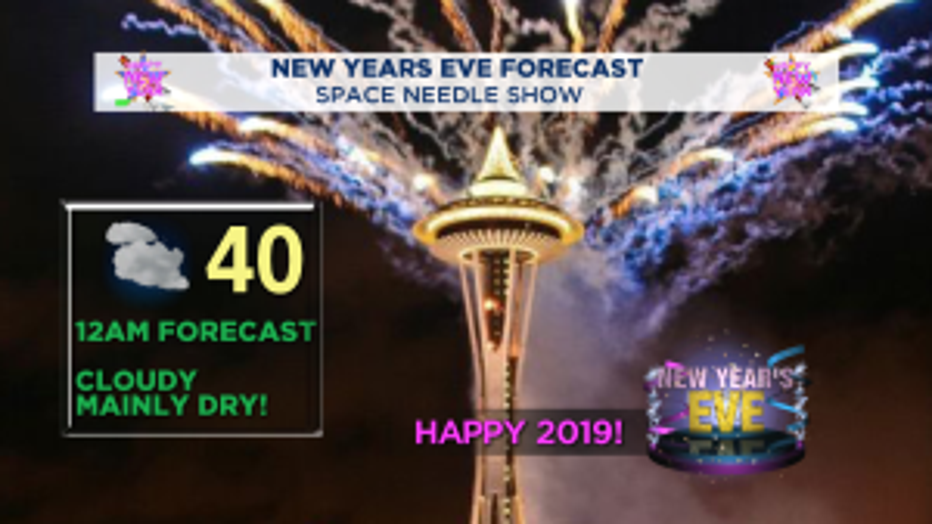 Including midnight!  Let’s just hope that the clouds are high enough so that we can see the fireworks at the Space Needle!

Next year will start out with a few showers after the first.