Seattle - Another stellar summer day around Puget Sound!  Highs today soaring into the 80s again with Seattle landing seven degrees above average at 86.  Puget Sound saw plenty of blue skies, but that soon will change as a system slides just to the north of us dropping in a few showers. 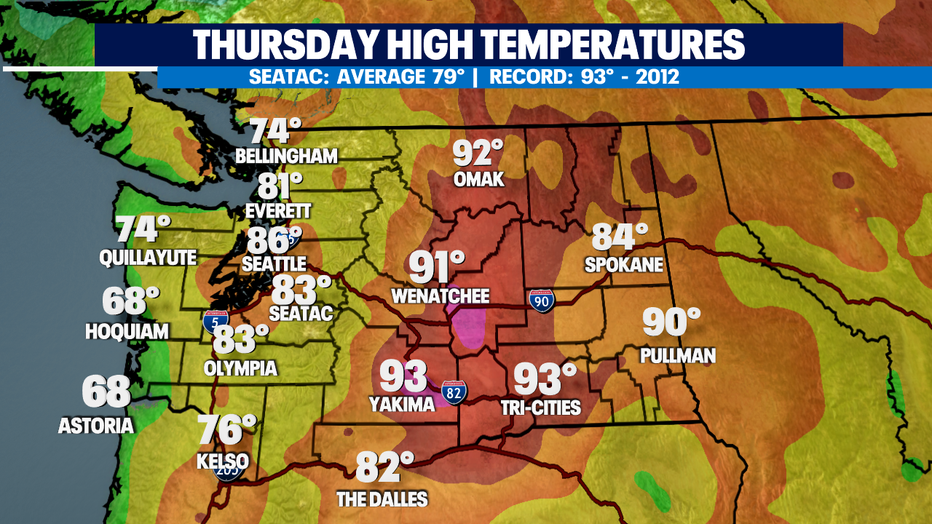 Thursday marks 52 consecutive days without any rain making it the second longest dry streak at SeaTac.  With light rain in the forecast for the next few days we should put an end to the empty bucket at the airport. 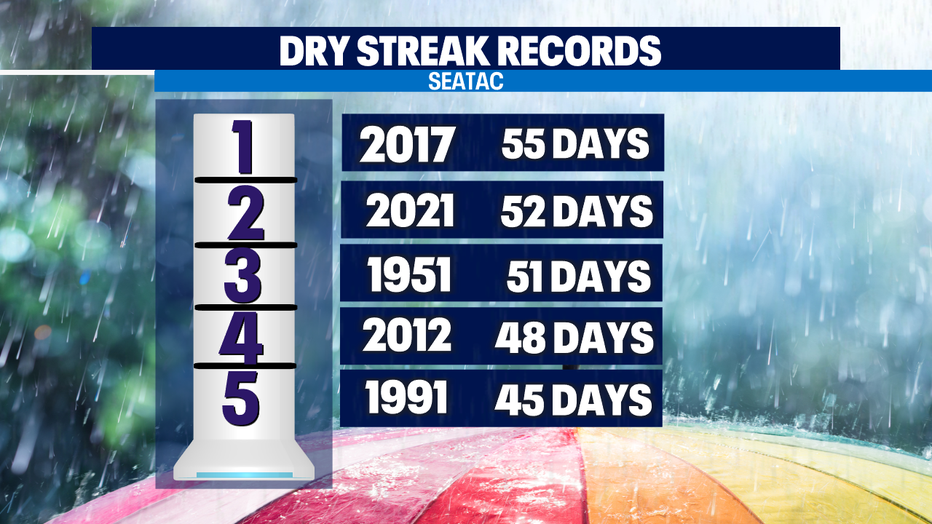 As the next front arrives late Thursday into Friday any haze lingering around Western WA will get pushed east.  Rain amounts from the approaching front are on the lighter side, but we'll take what we get right!  The bulk of the rain will hang to the north in the usual convergence zone with scattered showers south for Seattle.  Temps will fall off into the mid 70s Friday.

Showers will linger some into Saturday with most over the Cascades.   Highs will drop even cooler in the mid to upper 60s.  By late Saturday afternoon the next weather maker will drop in from the north delivering another chance for rain.  As the rain slides east of Puget Sound we'll start to dry out by Sunday mid-day.  Highs climb back into the mid 70s. 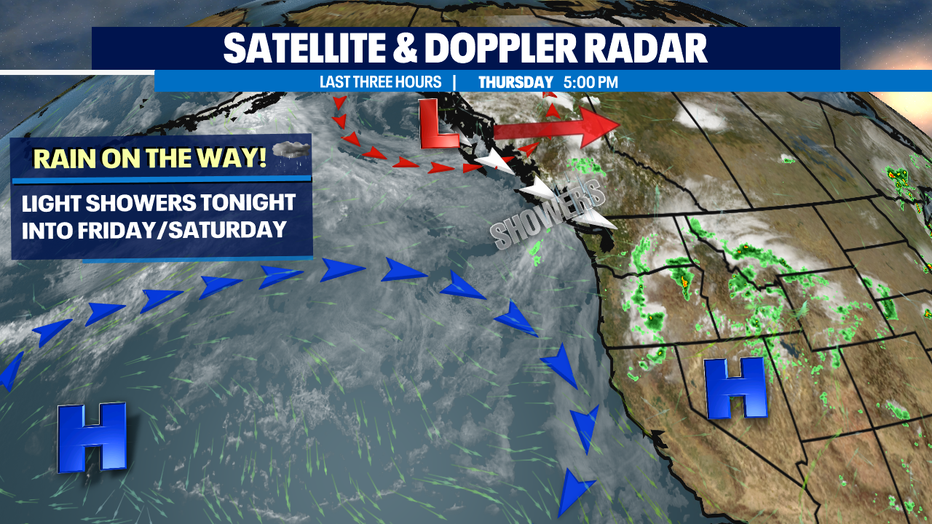 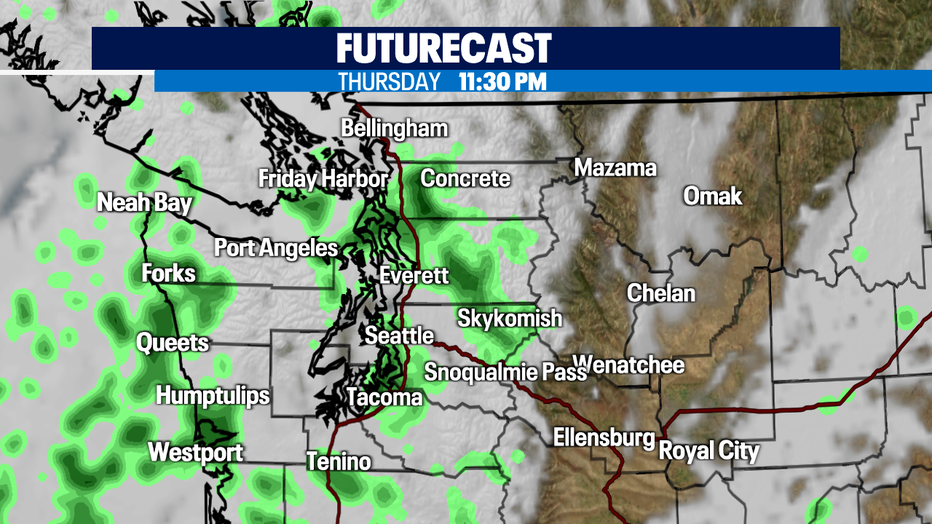 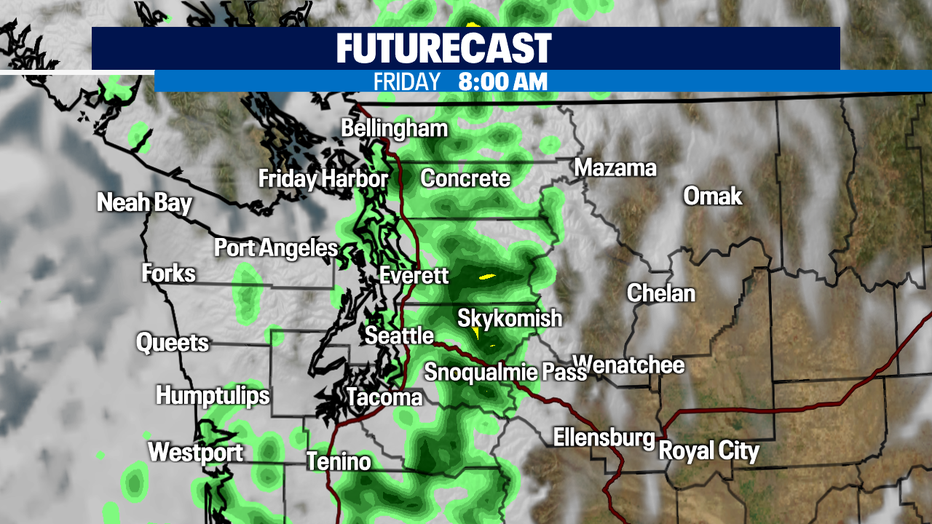 Fire danger still at high risk even though our "Red Flag Warning" is set to expire late Thursday night.  We expect gusty winds for portions of Eastern WA Friday and although air quality has improved into "moderate" levels there is still an alert for most of Eastern WA. 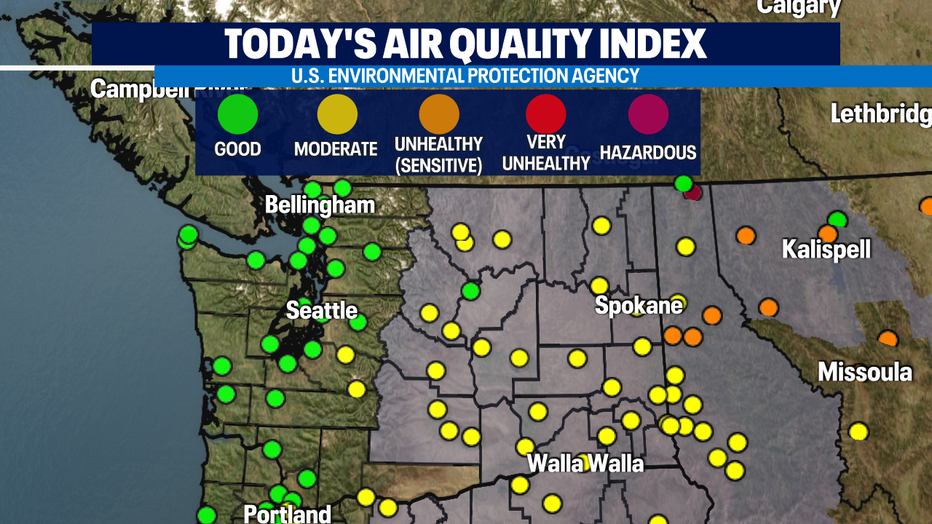 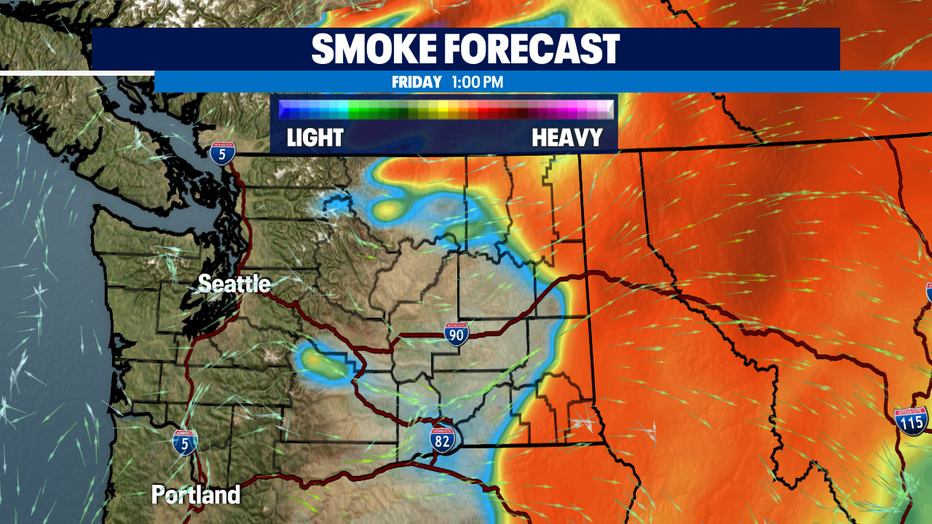 Back to the forecast for Puget Sound…. we'll start to heat up again next week as an upper ridge hangs out offshore.  By Tuesday into Wednesday temperatures warm into the 80s and 90s.  Overnight lows will sit between 60-65 degrees.  Our normal overnight temperature for this time is 58 so sleeping might feel a little warm when you go to bed as we back off from the low 90s. 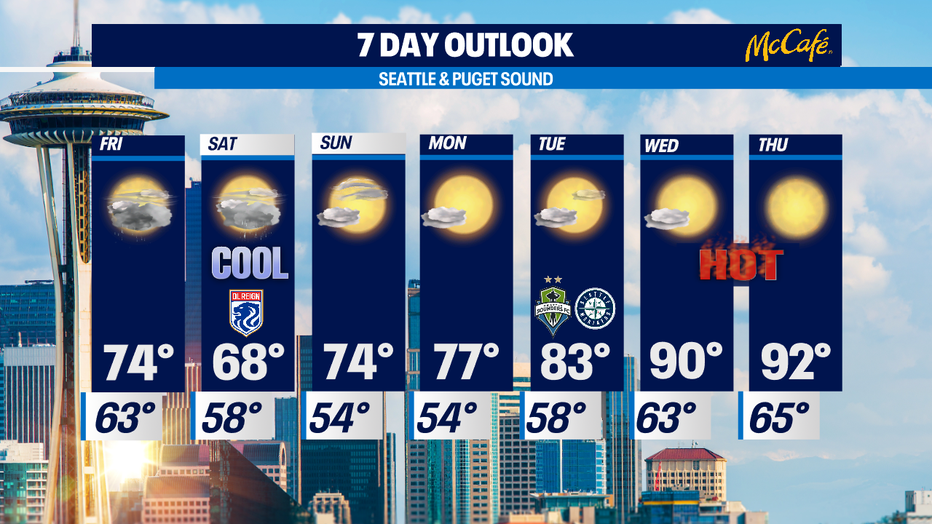 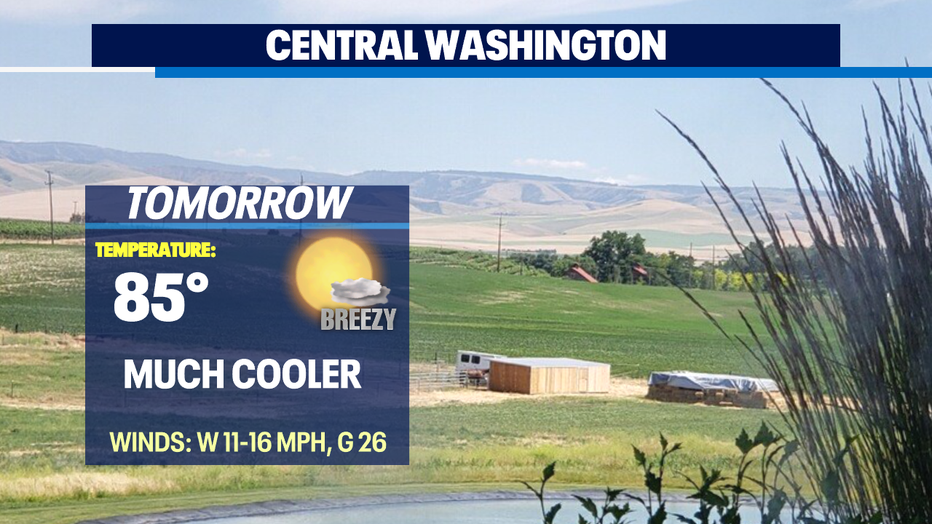 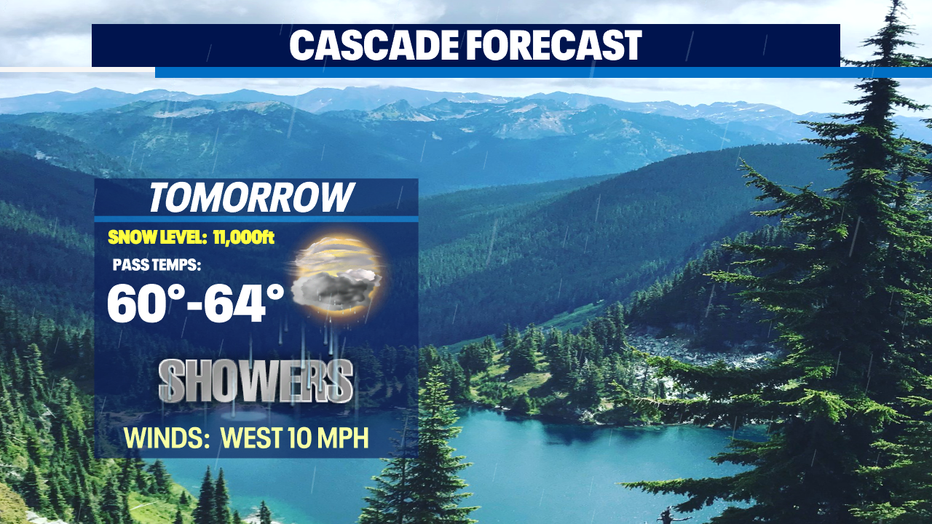