Texas fire 'resistant to control' as it burns 27,000 acres

As wildfires continue to burn across parts of the Southwest, doctors say that this will continue to be a problem for air quality, especially for allergy sufferers and those with respiratory issues.

The American Lung Association recently put out its annual report. It said that there were more days with unhealthy and hazardous air quality last year than ever before in the 20-year history of the report due to the wildfires.

7 FACTS THAT EXPLAIN HOW AIR QUALITY IS MEASURED

Paul Walsh with BreezoMeter says that the air quality will only worsen.

"As we're continuing to see these wildfires happening, as the seasons are getting longer, the impact on our health is increasing almost every day, every month," he says. 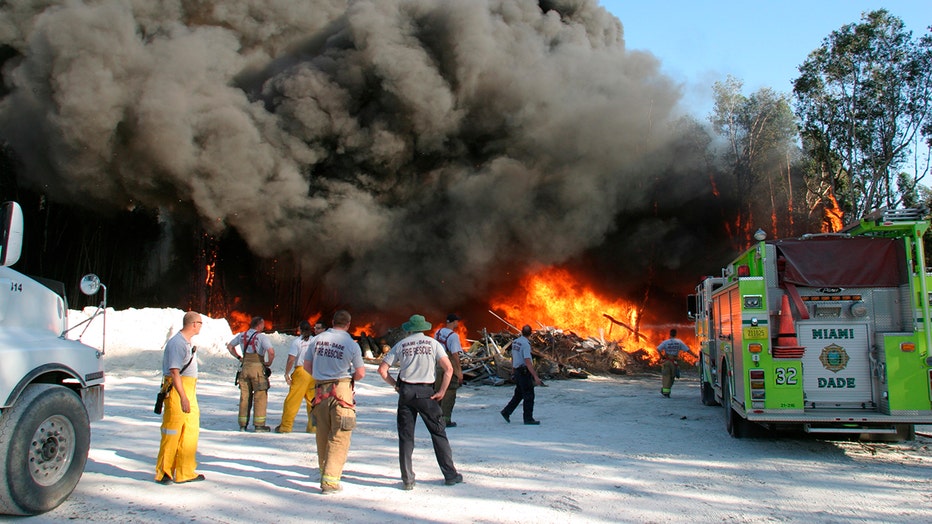 And the threat of increased fire danger weather across parts of the nation is expected to continue into the summer.

"So far this year, we've seen 20% above the 10-year-average in terms of average burn," Walsh says about the wildfires.

The increased smoke in the atmosphere poses health threats even if you live far from the flames.

Dr. Ronald Cox, a certified allergist, says that those who aren't even near fires can be impacted.

"There are some satellite images from the California wildfires from 2020 that actually showed up in the Netherlands," Cox said. "The bigger the fire it is, the higher that it goes into the atmosphere. And then once it gets up there, it can travel for thousands of miles."

Cox says that it isn't just those with respiratory issues that need to be worried.

"With the smoke that's coming in […], it can set off the allergies as well," he says. "Just from setting off the lungs, the immune system, and it just kind of triggers the allergies that are going with all the wind that we're seeing as well."

The particulates in wildfire smoke can reach lung tissues and set off inflammation.

Cox recommends new air filters inside your home and on days with high smoke or high pollen, "Just limit your time outdoors."