Dry start to Tuesday, rain to arrive later in the day

Expect widespread rain and gusty winds as highs peak in the mid-lower 50s. A new frontal system will approach the area, and we'll be greeted with more accumulation.

The area is seeing a break from the rain this morning, but that will be short-lived as a front sweeps through the region this afternoon. Highs today will be in the low to mid 50s. 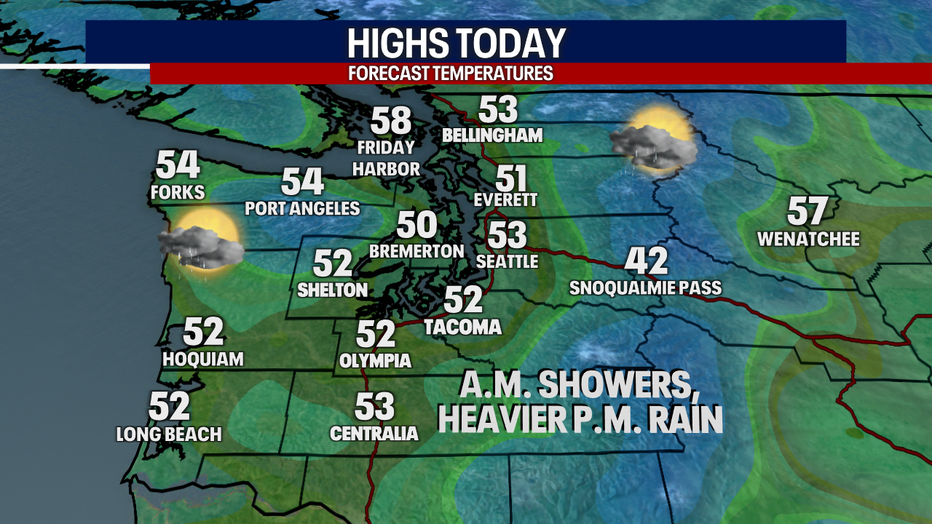 A Flash Flood Watch is in effect for the central and northern Cascades. Last night, a Flash Flood Warning was issued in the burn scar area of the Bolt Creek Fire near Skykomish. It is possible that the same area could see heavy rain again this evening. 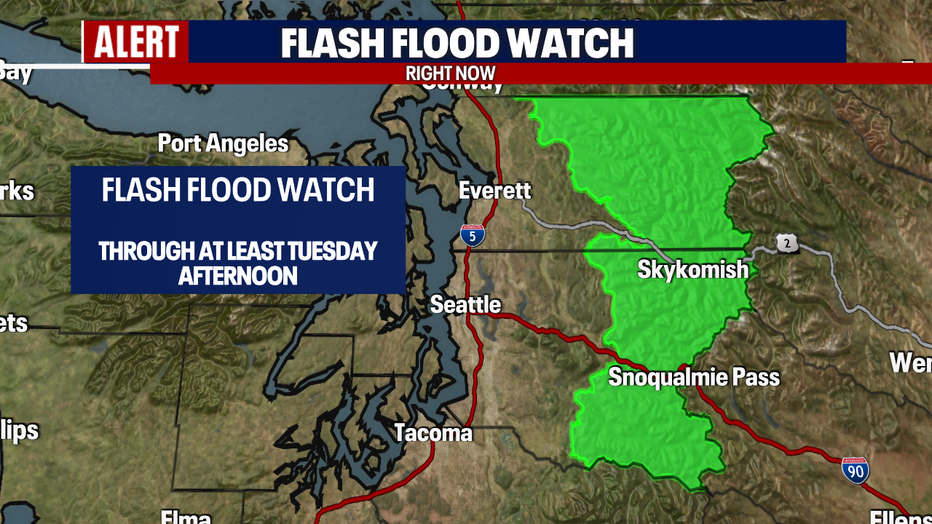 Be prepared for moderate to heavy rain at times between 3:00-7:00 PM. After that, Western Washington will be seeing on and off showers through Wednesday morning. 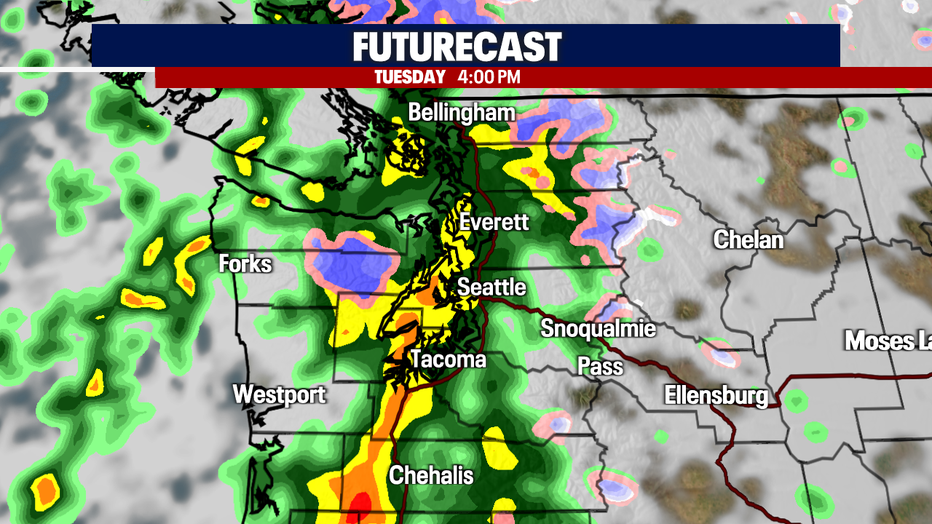 Tuesday's rain could bring a quarter to a half inch of rain to most Puget Sound locations, with some areas seeing more. 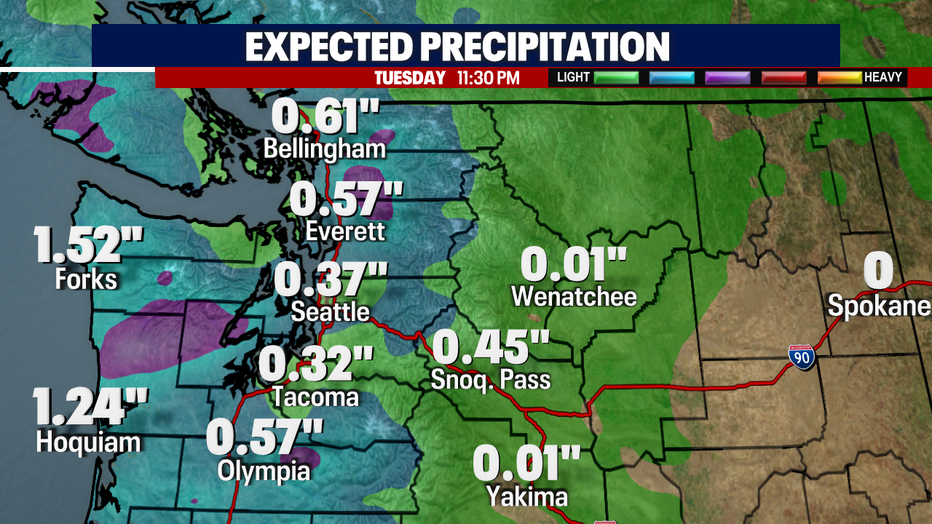 The extended period looks active with models having a tough time agreeing on the timing of the rain late week and into next weekend. Make sure to keep checking in on the forecast this week! 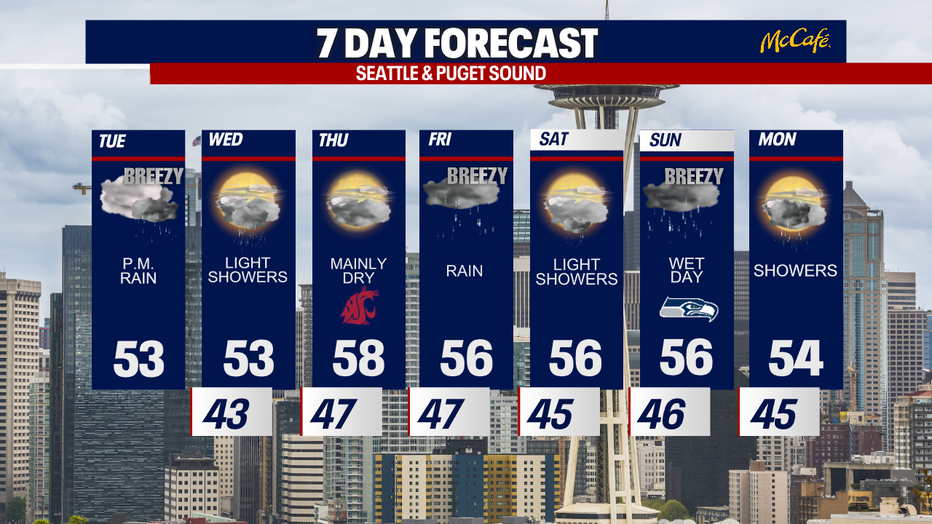