SEATTLE - Rain has returned to the Pacific NW. We'll see the first of three weather systems moving through our region between now and next Wednesday.

A soggy Fright night is ahead and we'll see that rain and breezy conditions working through into the first part of Saturday. By mid-day Saturday that steady rain will taper off into on/off passing showers. With the atmospheric instability, there's also a chance some of those heavy showers will grow into some thunderstorms that can contain gusty winds, small hail, and of course the dangerous lightning. 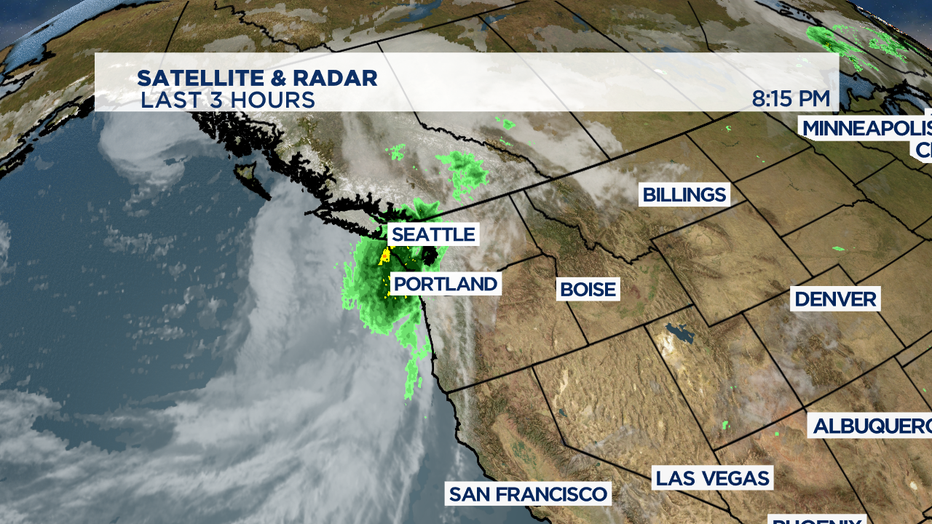 What you'll really notice this weekend is the cool temperatures. Both days this weekend we'll struggle to get to 60 degrees each afternoon. Normal high temp is 63 for this part of October.

Sunday starts out pretty nice-- but another strong front rolls in off the Pacific as we get into the afternoon and will keep the Seahawks game pretty soggy as they take on the Vikings for Sunday Night Football. The steady rain on Sunday night becomes more on/off showers for Monday. 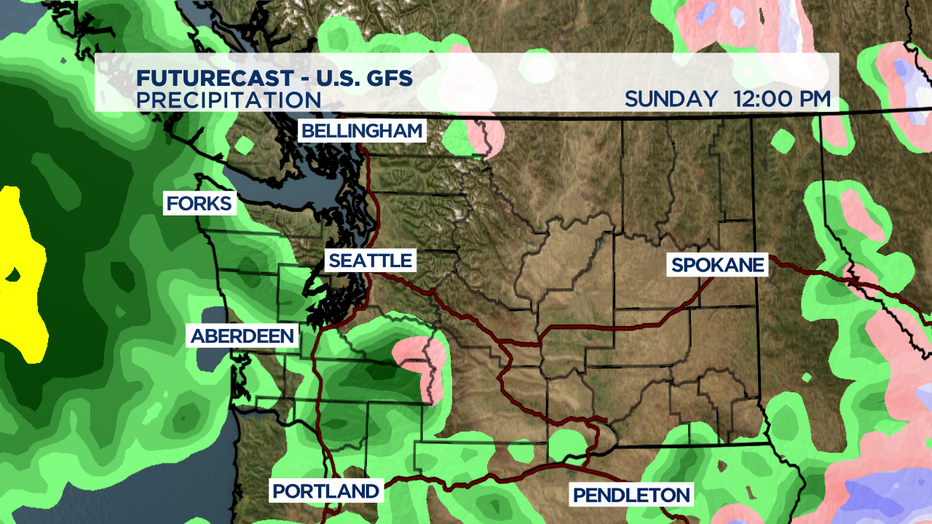 Our third and final storm of this rainy period look like it will roll thorugh on Tuesday before we switch to a drier weather pattern by the middle of the week. October is our foggiest month of the year, so don't be surprised if the morning clouds stubbornly stick around in some areas into the early afternoon. 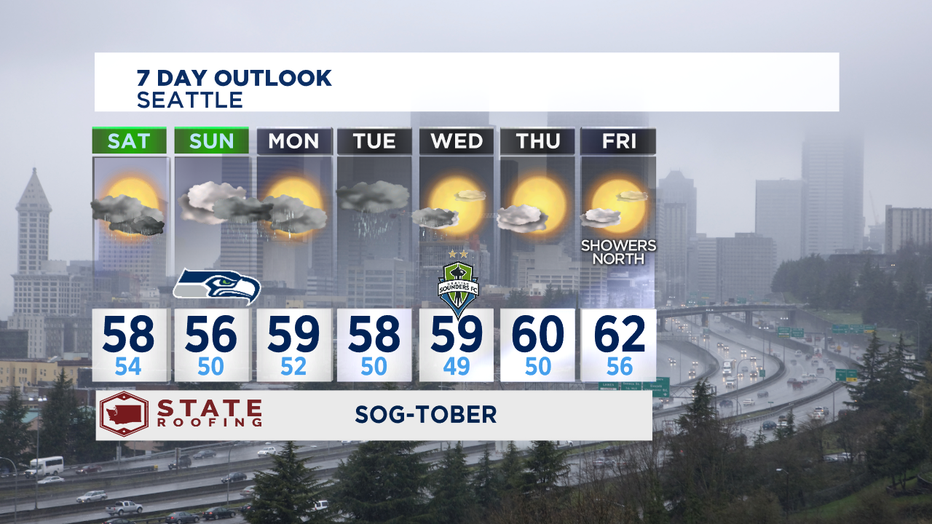 The dry weather doesn't look to last all that long. Some of the forecast models are trying to bring in some rain showers late Friday. But, at this point the greatest threat of moisture looks to be north of Mt. Vernon, along the north coast, and Olympic Peninsula. A bit too soon to tell, so stay tuned. -Tim Joyce