Seattle - Cool and showery conditions across the region today.  Highs Wednesday well below normal only landing in the upper 50s to low 60s around the region. 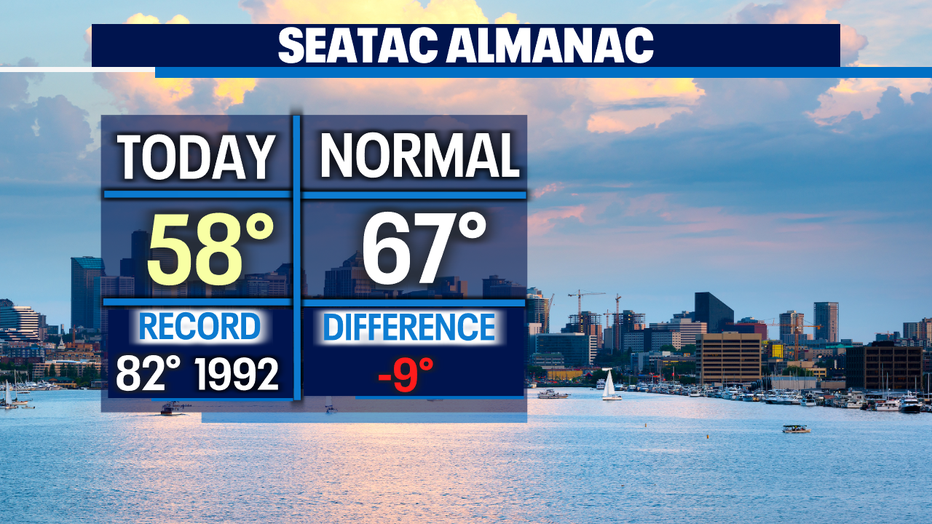 The next weather maker is already pushing in off the coast and will deliver widespread rain and breezy to gusty winds.  Overnight lows will drop a few degrees into the mid 50s for most. 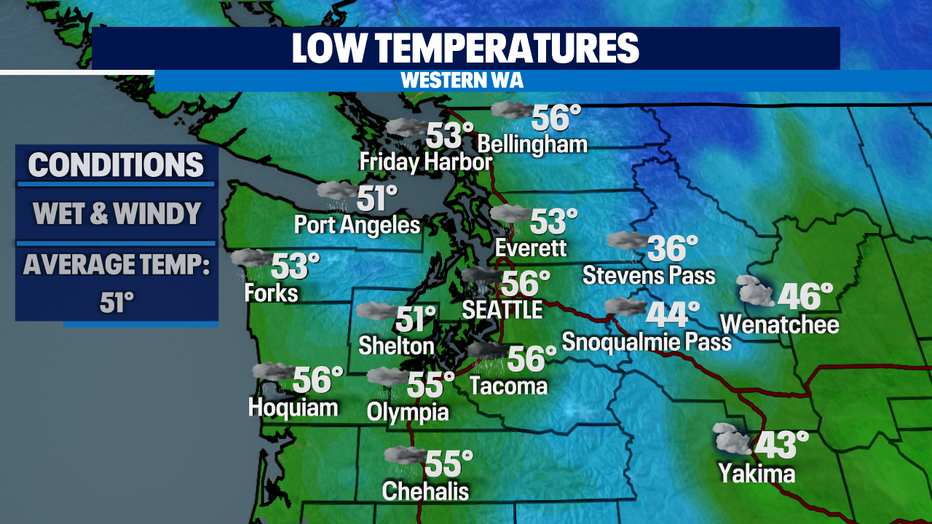 A "Wind Advisory" remains in effect through 6am Thursday with peak winds along the Coast and North Sound happening during the middle of the night. Winds could gust to near 50mph for some, especially near Admiralty Inlet, the Islands and Western Whatcom County.  These conditions may cause branches to snap and tree limbs to fall over powerlines creating power outages for some. 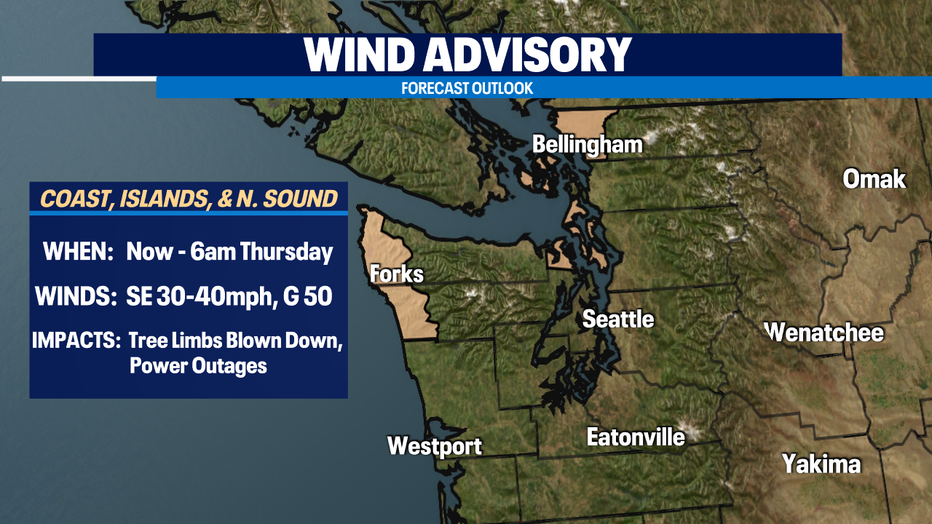 This storm is running true to what our Fox 13 team has forecast.  Rain will push in along the coast first around 5am with the heaviest rain by 8am over the Olympics and the North Sound. 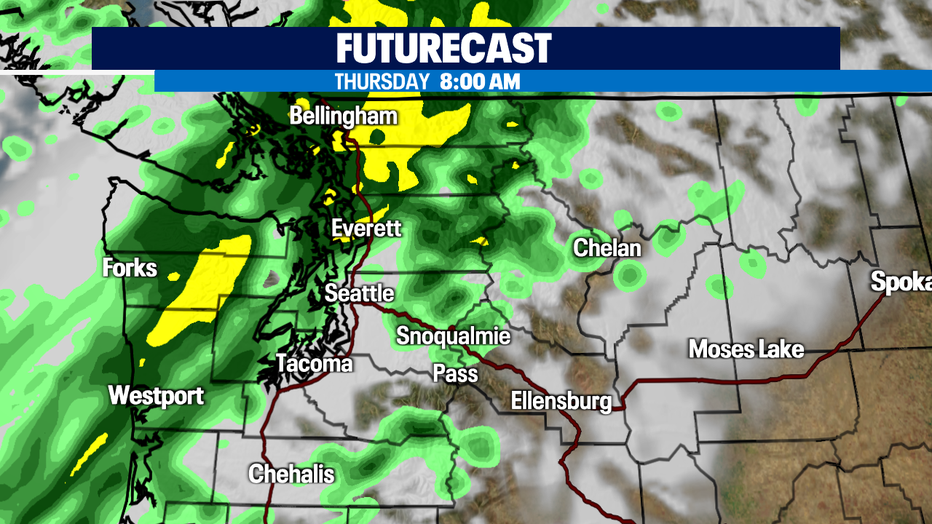 By lunch time widespread precipitation becomes very heavy with some spots seeing rapid rain rates along with possible hail.  Please allow for extra time when driving tomorrow as so much water will be on the roadways.   We expect ponding and hydroplaning on our major highways along with urban flooding in some communities. 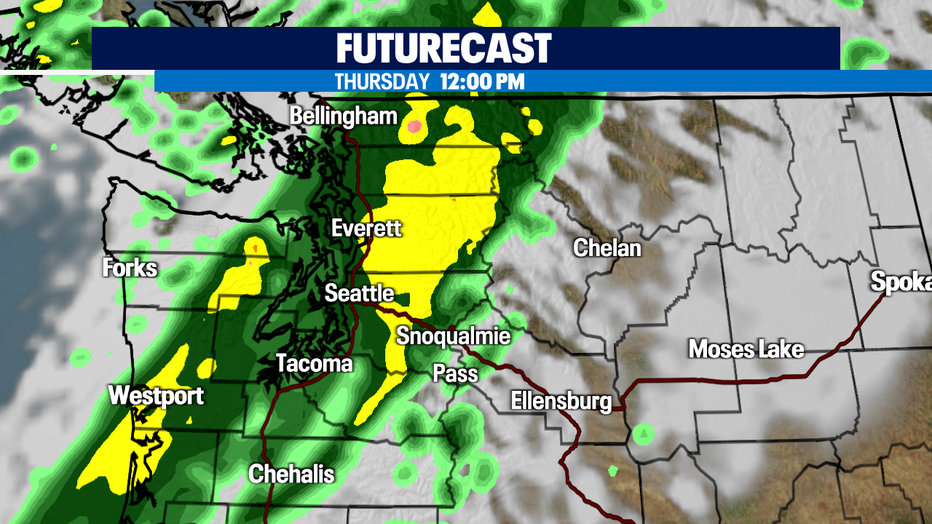 By late afternoon, the system will exit Western WA and continue on over the Cascades before falling apart. 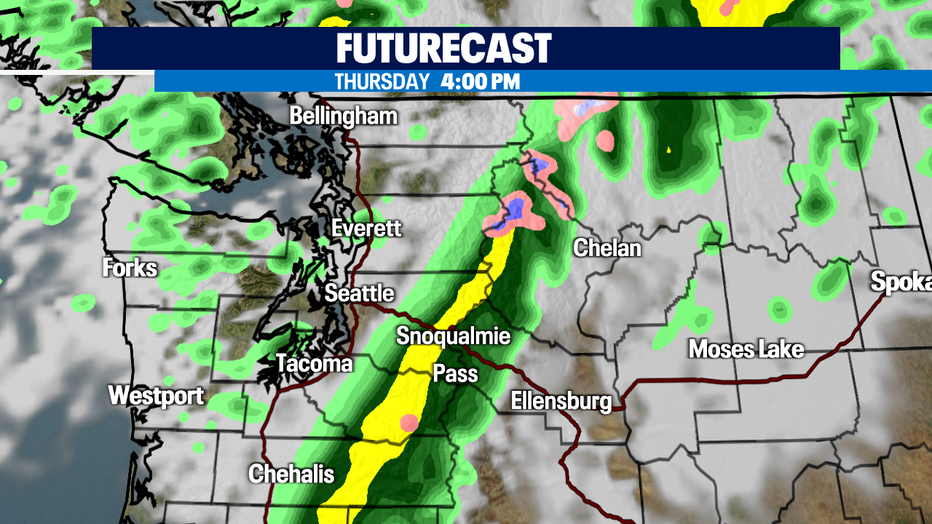 Estimated rain totals for the Coast are near 2" with the Islands and North Sound picking up a little less between 1-1.5".  Seattle south sees anywhere from .50-.85". 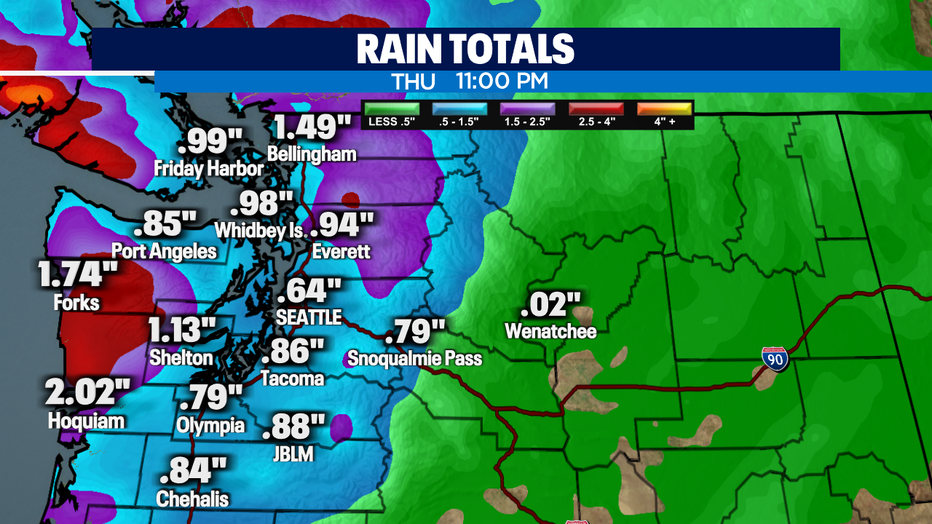 We'll dry out for most of the weekend with slightly warmer highs coming our way.  A weak disturbance will brush by the area early Sunday dropping a few light showers along the SW Coast and South interior.  Highs will only land in the low 60s.  Normal for this time of year is 67. 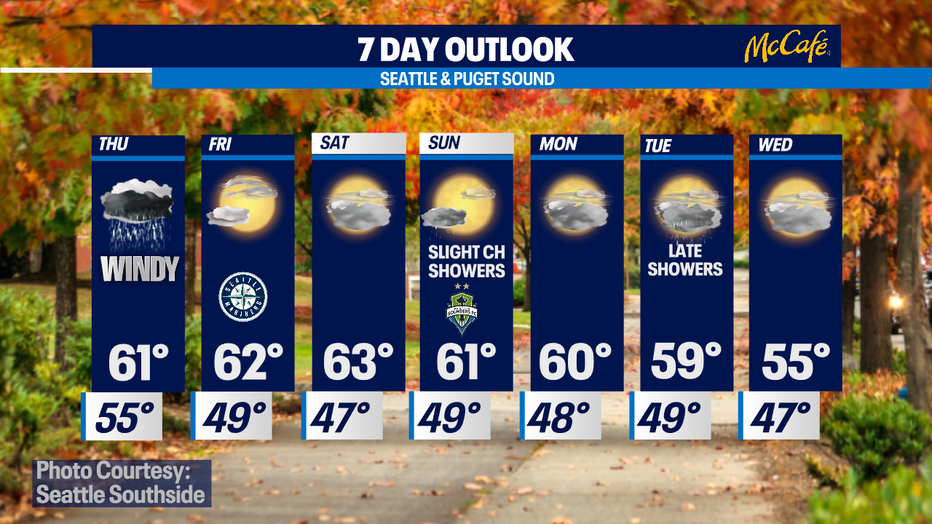 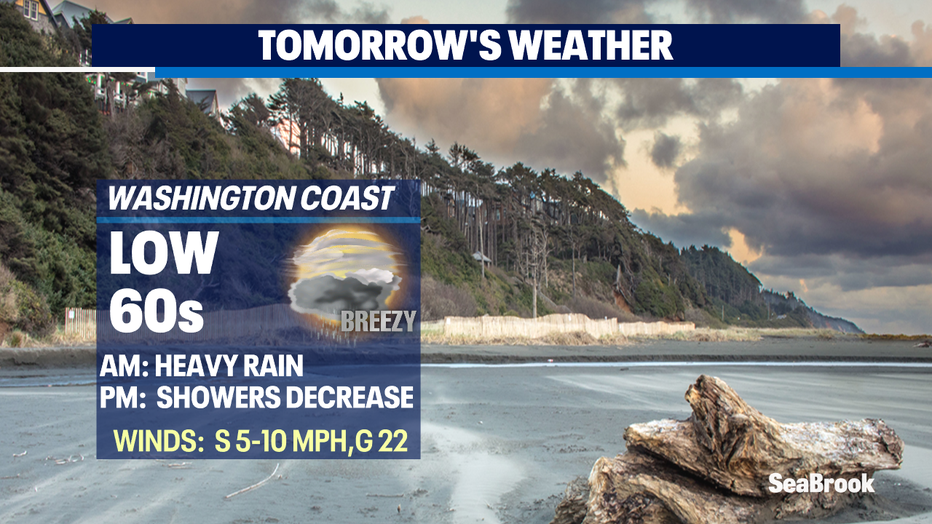 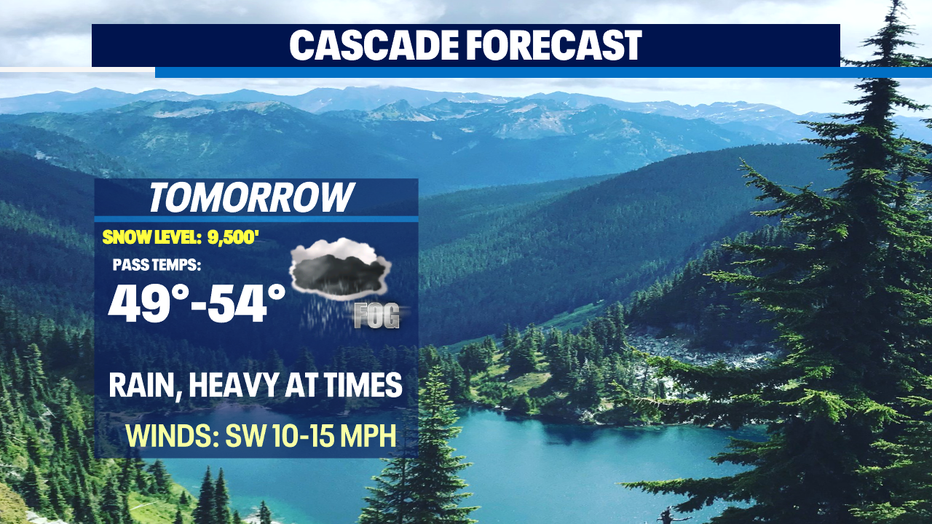 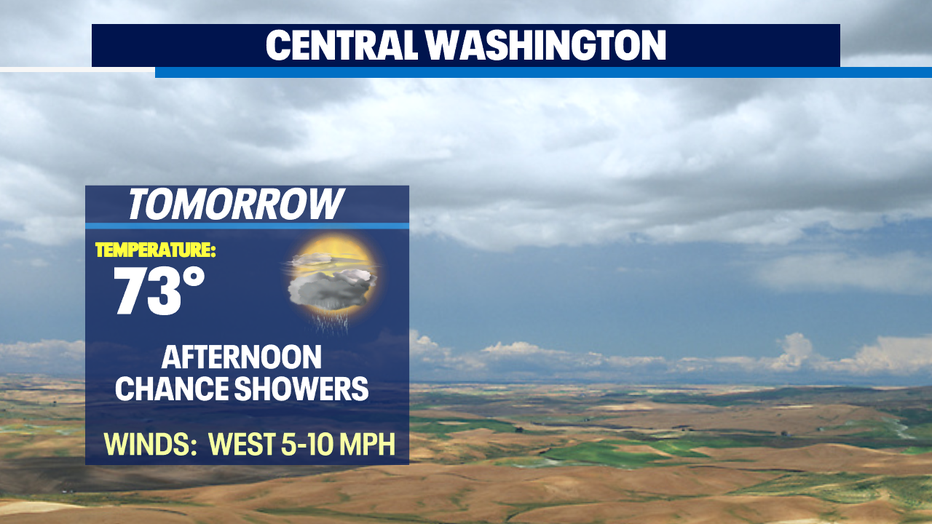