SEATTLE - A weak front will produce a few showers today and create high waves near the shore. A High Surf Advisory is in effect for the North and Central coast until 6 p.m. and minor coastal flooding is possible. Afternoon highs will be mild near 52 degrees. 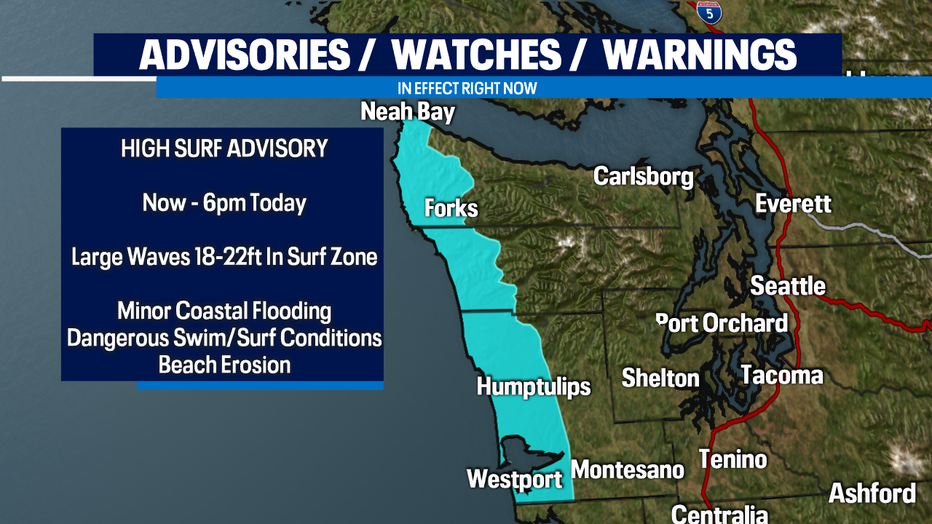 Our next frontal system will bring a wet and breezy Monday morning commute. Snow levels will hover around 3500-4500' and we could pick up several inches of mountain snow. There is a risk for excessive rainfall for the coast and peninsula Monday. We'll dry out by the afternoon/evening as the system exits the region. 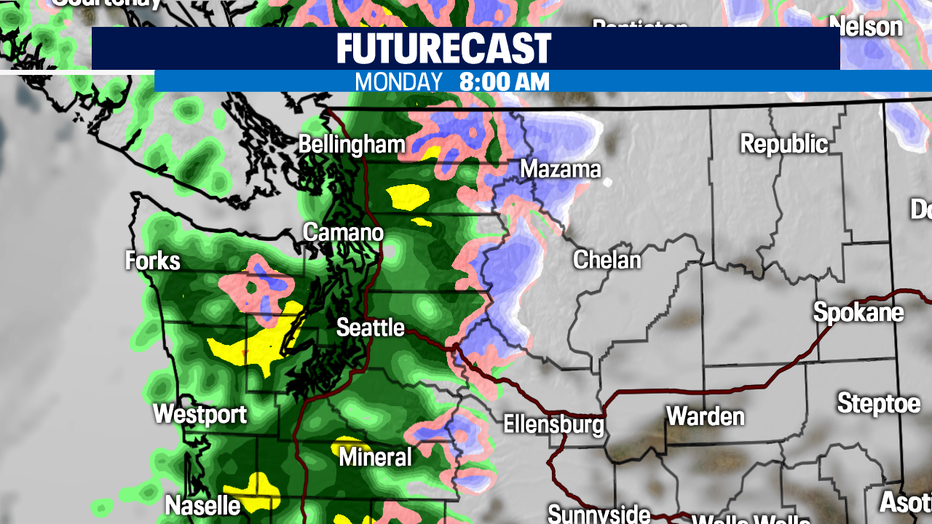 Monday night into Tuesday, a juicy atmospheric river system will bring heavy rain and gusty winds. There will be an elevated landslide and urban flooding threat, rising rivers, minor coastal flooding and dangerous beach conditions. Snow levels will increase to 4500'-6,000'. Almost all of Western WA will be under a Marginal to Slight risk for excessive rainfall. 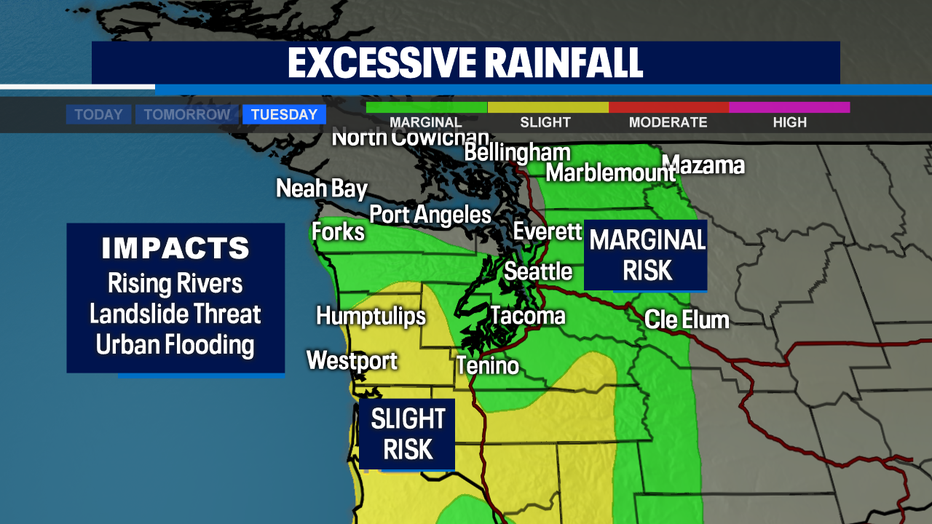 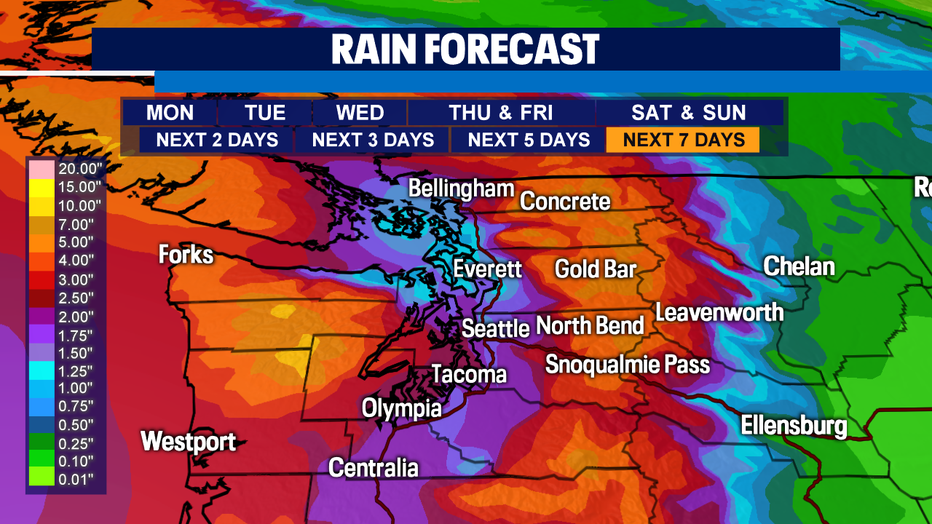 Heavy rain will taper off Wednesday but the threat for landslides and river flooding will remain. Right now, Thursday looks to be mostly dry which will give our rivers an opportunity to recede. Another front arrives on Friday. Temps overall will be mild for this time of year. 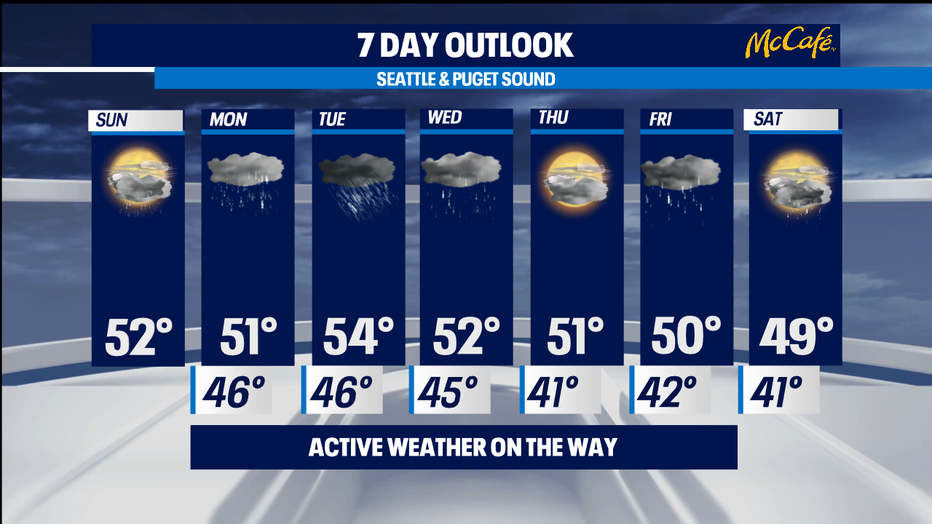