Fog possible for a few days, but burning off to sunny afternoons

FOX 13 Forecaster Erin Mayovsky has your 7-day forecast with some fog and sun.

Seattle - We are almost there folks!  The weekend is in sight, and we flip the script to bring back that thing called the sun and dry out!  We saw a little taste tonight of what's to come as we said goodnight to Thursday with a beautiful sunset. 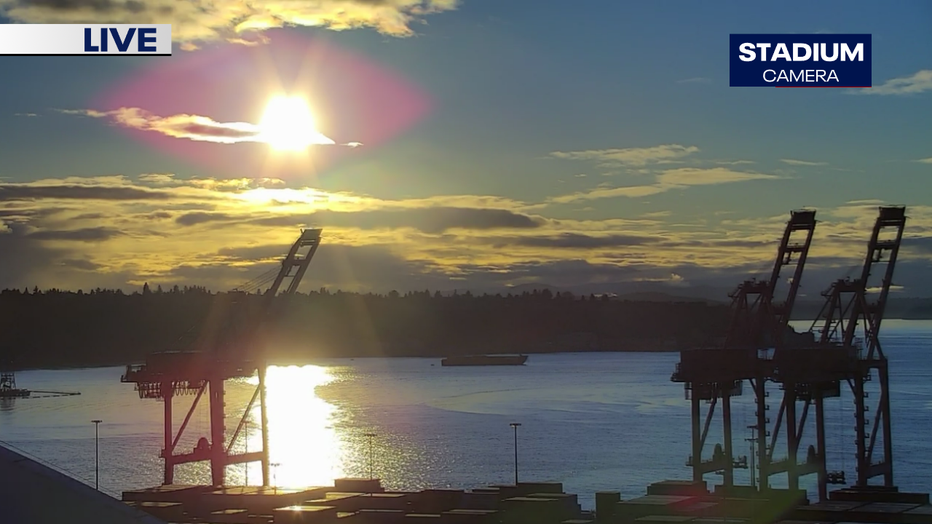 Highs Thursday just shy of average by a few degrees for many.  Seattle landing at 50!  Our normal seasonal high is now 52 but jumps up to 53 Saturday.  We'll also will see our first 6pm sunset Saturday as well. 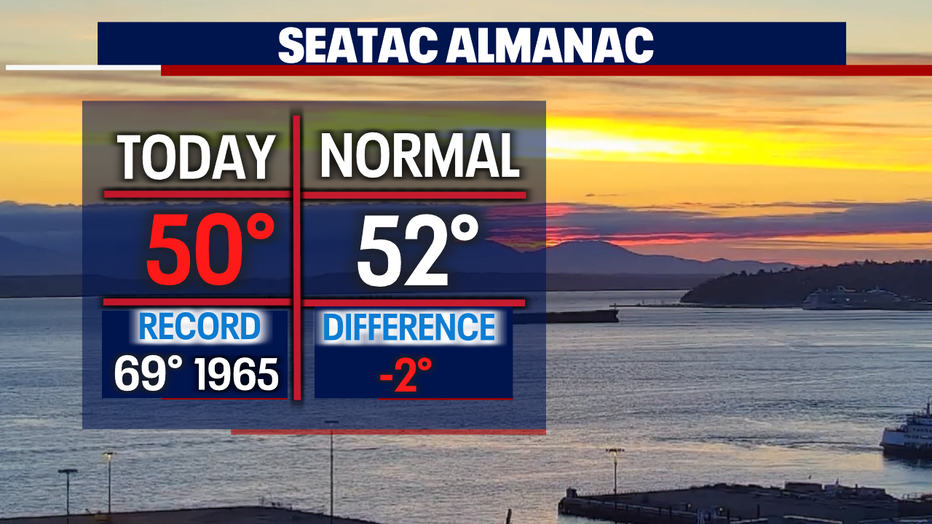 The nicer, calmer weather on the way all courtesy of high pressure building in offshore in the Pacific.  These conditions will help dry out our heavily saturated grounds and slow the snow melt and runoff from the mountains into lowland rivers and streams. 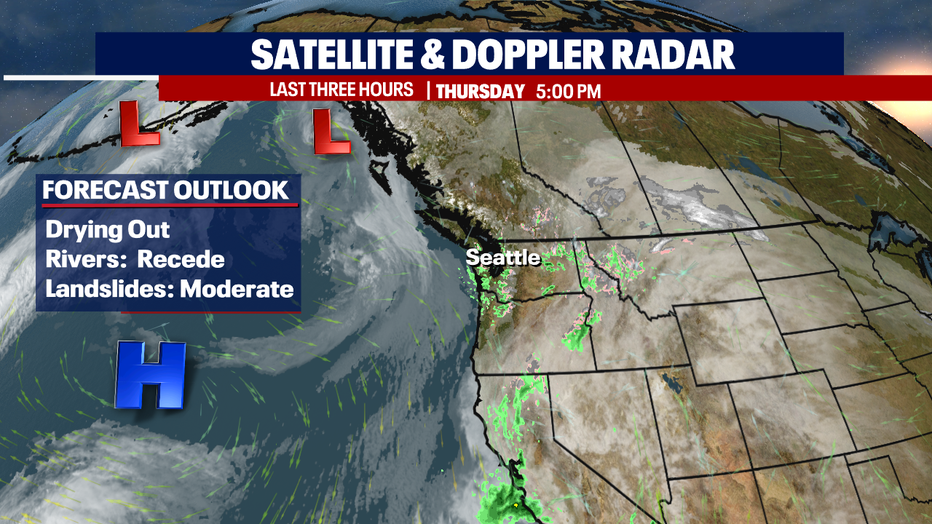 With showers tapering off and mountain snow levels dropping back down to near pass level area rivers will continue to recede.  Right now, we still have one river under a "Flood Warning"… the Chehalis River at Porter Road has dropped into the minor flood stage.  By late Friday levels should drop into action criteria and as we continue through the weekend fall off even more. 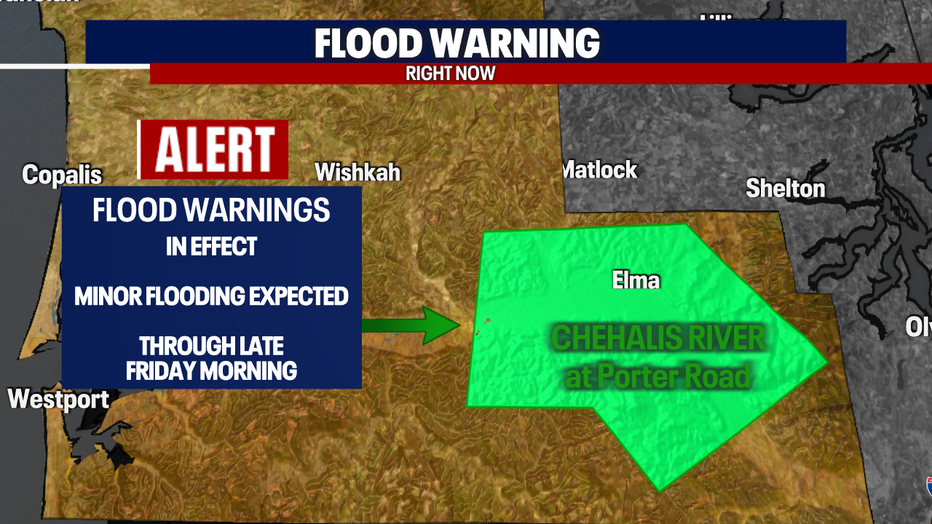 Here's a peek Friday during the morning commute.  We're looking pretty dry with just a few showers over the NE Olympic mountains, Port Angeles, and Sequim.  Skies clear throughout the day for a partly cloudy sunset. 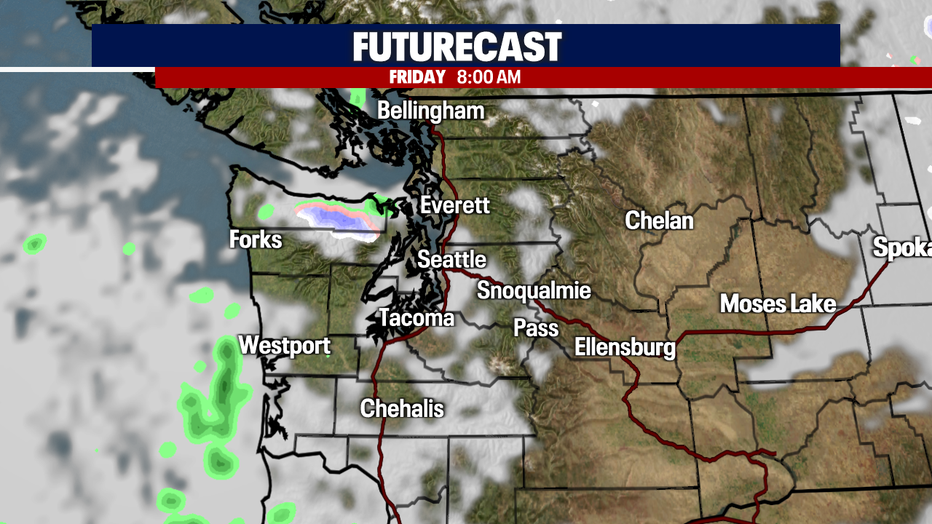 Saturday morning seeing areas of patchy fog, mainly south of Seattle and along the coast. 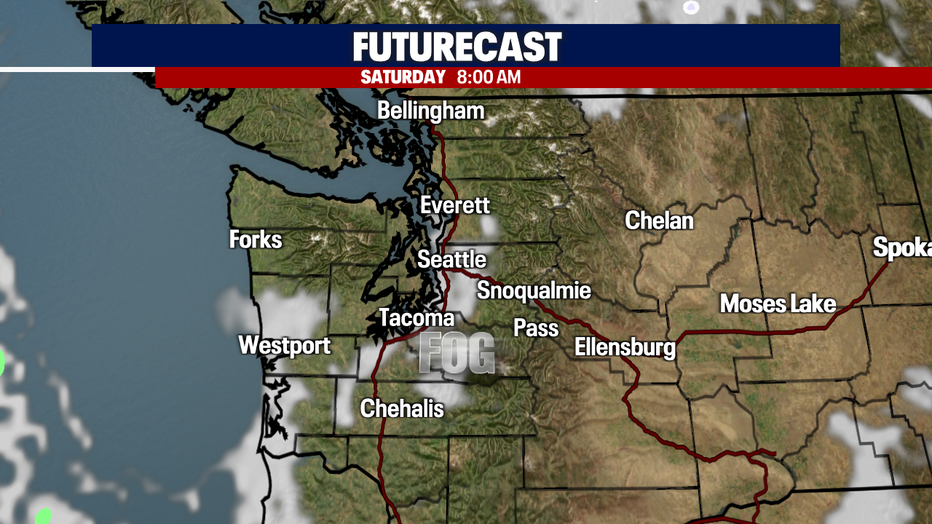 Clearer skies will open the door for very chilly starts Sunday and Monday with a chance for fog again.  Afternoon highs will climb above average into the mid 50s.

Clouds increase Tuesday as a cold front moves in later that night bringing back the chance for showers.  Highs drop to near 50.

Wednesday showers will mostly stick to the mountains, but a few raindrops may find their way into the lowlands.  Highs cool slightly into the upper 40s.

Thursday we're back to dry and partly sunny skies.  Enjoy!

Have a great end of the week! ~Erin Mayovsky, FOX 13 Forecaster 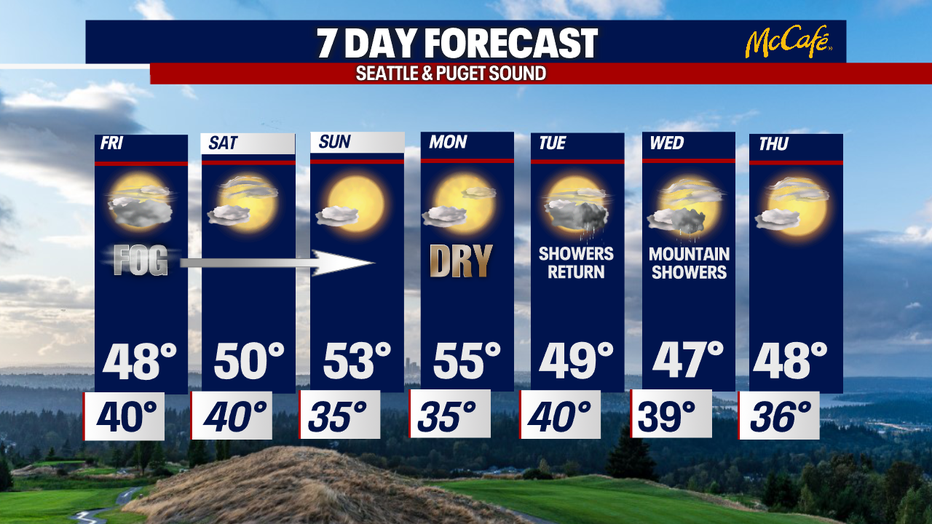 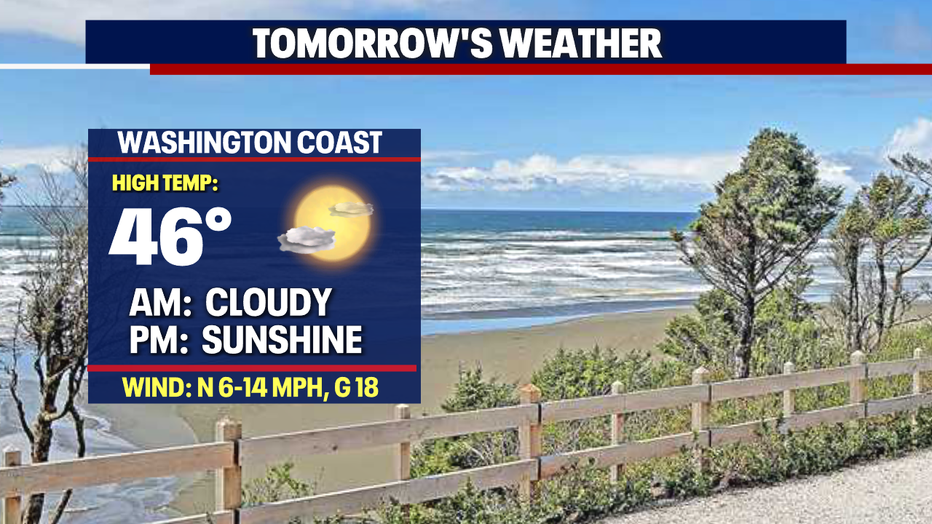 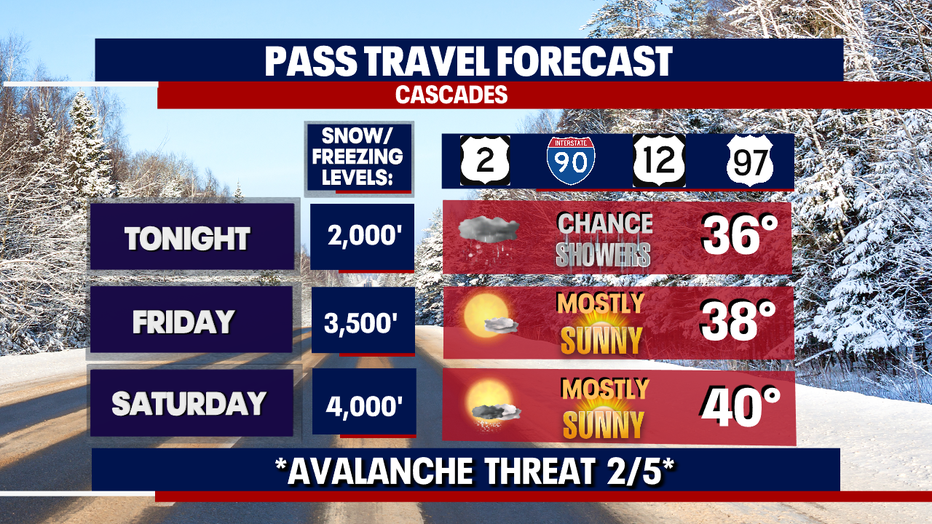 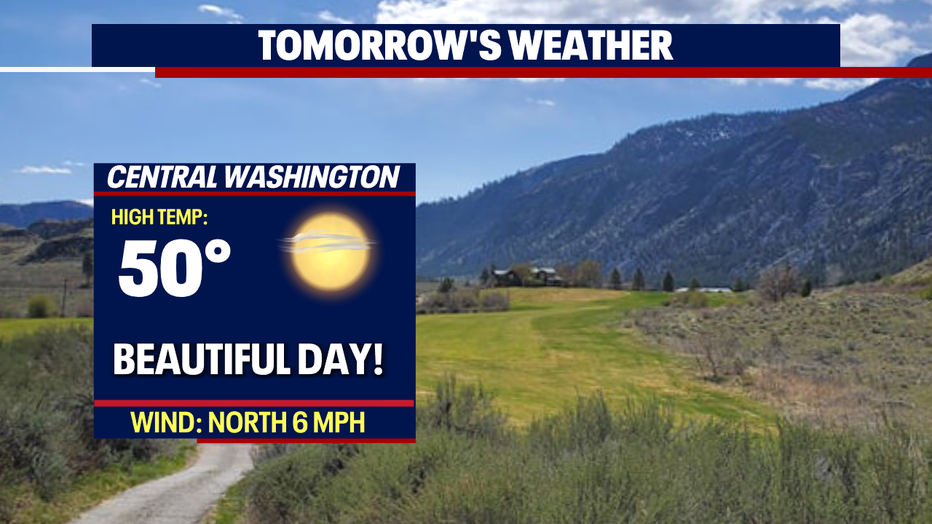