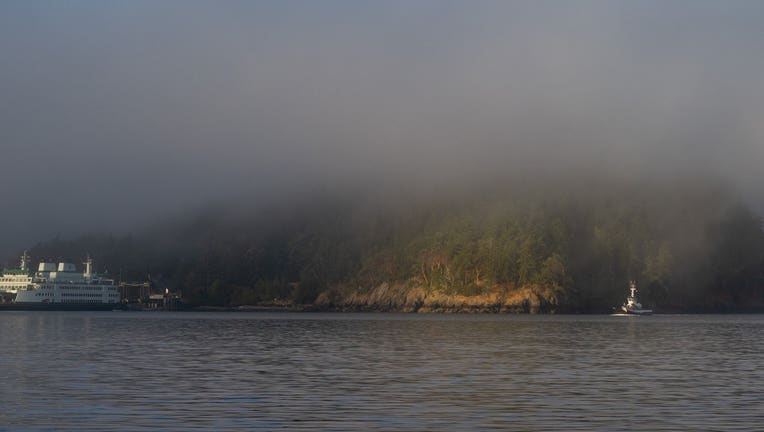 A Washington State Ferry sits at the dock on Lopez Island on a foggy Aug. 4, 2021. Photo courtesy: Sean Wheeler)

SEATTLE - If you were going to pick a day to not have it rain in Seattle, Aug. 4 would be among the top choices.

It's not only National Coast Guard Day, but it's one of just two days in Seattle recorded history where it has rained less than 10 times over the past 127 years!

Both August 4 and July 30 are tied with just 9 instances of measurable rain since 1894, according to National Weather Service Data. That includes the Downtown Seattle Federal Building from 1894-1945 and then Sea-Tac Airport data from 1945 on. 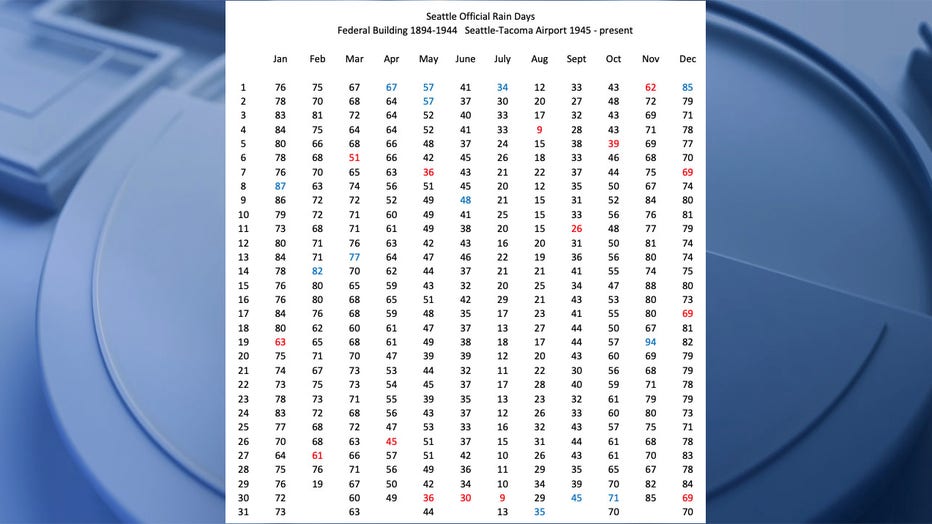 If you want a tie breaker though, the National Weather Service has recently compiled a new data set for Seattle that only includes data taken within the city limits. It has rain only 7 times on Aug. 4 vs. 9 times on July 30: 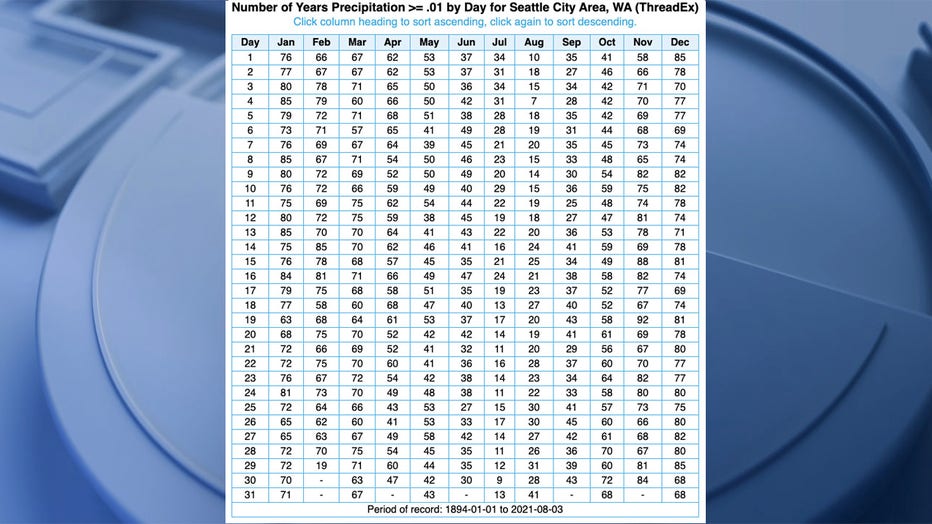 I'm not sure if they've got a force field or what, but Sea-Tac Airport managed to dodge the showers and thunderstorms that rolled around the Puget Sound region on Tuesday, leaving its dry streak intact at now 50 days and counting.

It's only the third time Seattle has managed a 50-day dry streak. We'll tie second place at the end of Wednesday at 51 and may get second place to ourselves on Thursday. The record is 55 set in 2017 but appears safe because rain is set to be more widespread Friday and this weekend to finally end the official dry streak.

How is this rain streak still alive?

Tuesday's rain dodge was the third time during the streak it had rained in the city of Seattle but not at Sea-Tac Airport, where official records were kept. Both July 20 and July 31 had other rain showers that just registered a trace at the airport.

But no such luck in the Cascades. A rare Severe Thunderstorm Warning was issued for one particularly potent cell that went up near US 2 and Skykomish.

Radar indicated hail stones the size of golf balls to half dollars which hail that size is exceedingly rare around here.

The National Weather Service even warned of cars traveling along US 2 could suffer hail damage, though there didn't appear to be any reports of damaged cars in the wake of the storm.

As mentioned earlier, I think Friday's rain finally ends the streak at 52 but we'll see. Sea-Tac seems to be adept at staying dry!