seattle - What a day!  We saw just about everything.  Fog, mist, low lying clouds that just didn't get the lift we needed to clear out, but we did see some blue skies in a few spots though.  What we didn't want to see was the haze filled skies. Unfortunately, some of the smoke from the south drifted up into the Pacific Northwest. The good news is our incoming systems will scour out the haze above, only to replace with heavy rain at times.

Here's a look at our smoke futurecast through tomorrow. 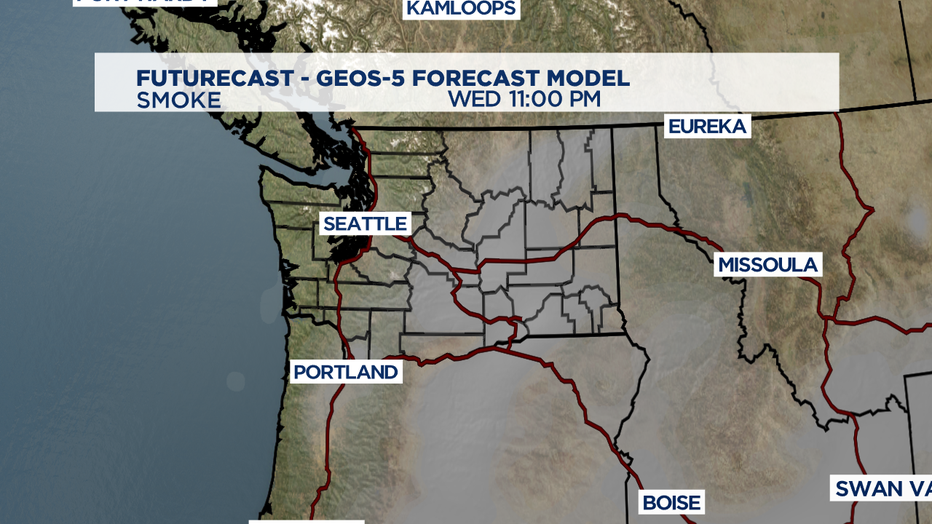 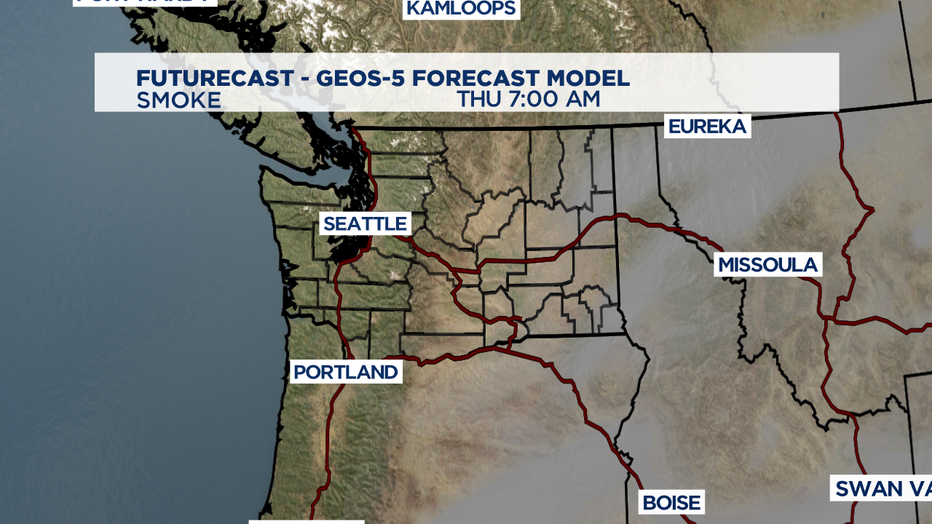 Alright, now to our looming rain in the Pacific.  First up, a weak disturbance will brush by the area late Thursday night.  Most of us won't be affected by this system just parts of the NW coast and the North Sound may see some drizzle/showers.  Highs will land just about near average in the mid 60s under mostly cloudy skies. 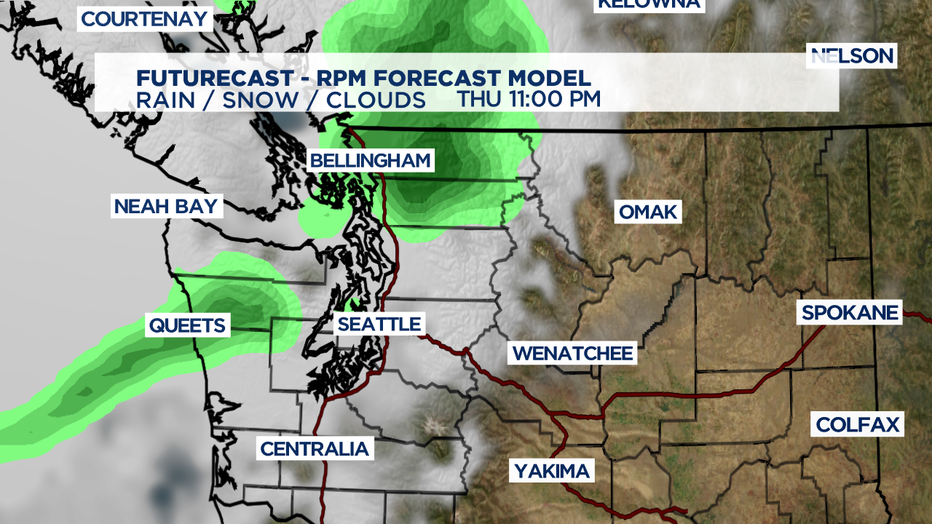 The real rain maker is chugging along now out over ocean waters and will move into Western WA sometime after dinner Friday night.  So most of the day should remain dry around the Sound with highs hanging in the mid 60s.  By 5pm the leading edge of the storm will hit the coast and push over the Olympics delivering heavy rain at times as it sails into downtown.  The bulk of the rain will happen in the overnight hours with a second wave of showers setting up by 8am Saturday.  Most of Saturday will feature widespread showers with breezy conditions and we may see a few thunderstorms pop up with instibility in the air. Highs will only climb into the mid to upper 50s.  Saturday night showers will start to decrease leaving just scatted showers into Sunday morning. 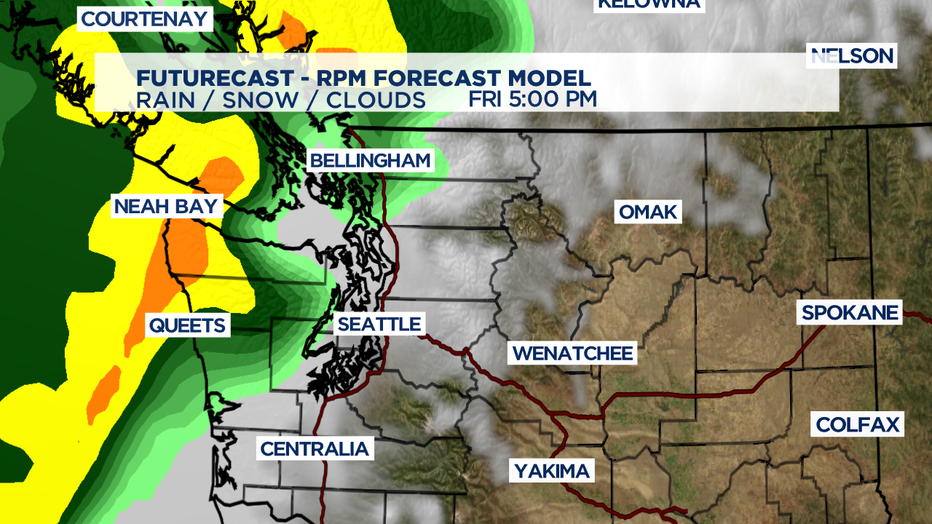 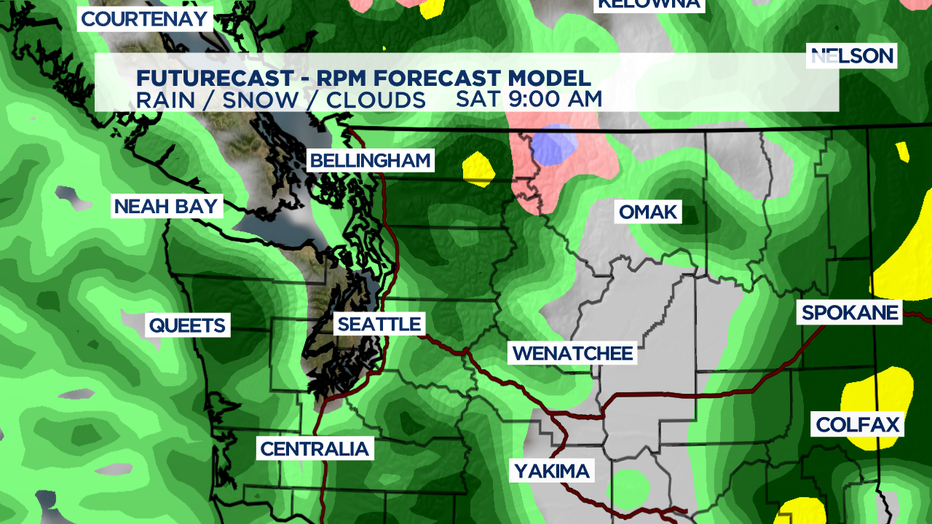 We'll be dry at times Sunday, but another blast of showers should fire up just in time for kick off for the Seahawks as they host the Vikings at CenturyLink Field.  Ball flies at 5:20pm.  Highs are on the chilly side again only in the upper 50s. Look for mountain snow as well in the higher elevations with snow levels 5,000-6,500ft. 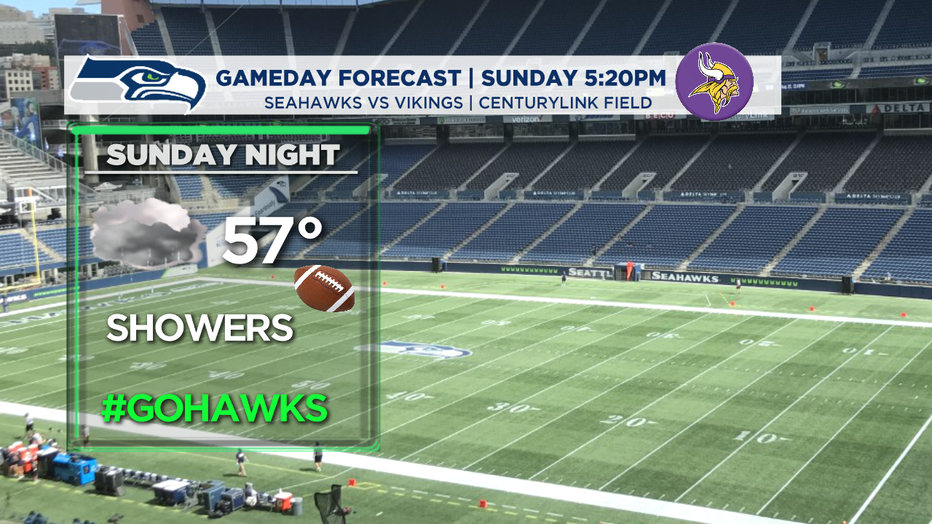 Showery, unsettled weather will continue into the start of the work week ahead.  The holiday, "Indigenous Peoples' Day" expect a few showers, but dry at times with some breeze.  High near 60.

Models at this point have another round of showers pushing in off the NW WA coast overnight Tuesday into Wednesday.  Highs will remail cooler than the norm, only in the upper 50s to low 60s.

The rest of the week is up in the air. Some guidance suggests a brief drying trend.  Stay tuned!

Have a great night everyone! ~Erin 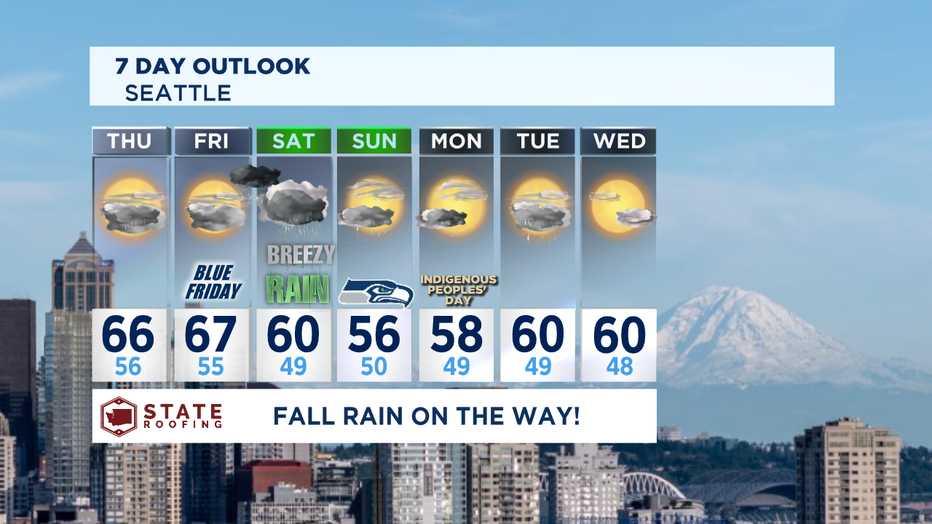