Seattle - We are tracking the heat!  Highs will warm into the upper 80s Thursday with Friday near 90 in Seattle and that is why there is a "Weather Alert Day" for Western WA. Farther south and east highs will jump into the mid 90s. 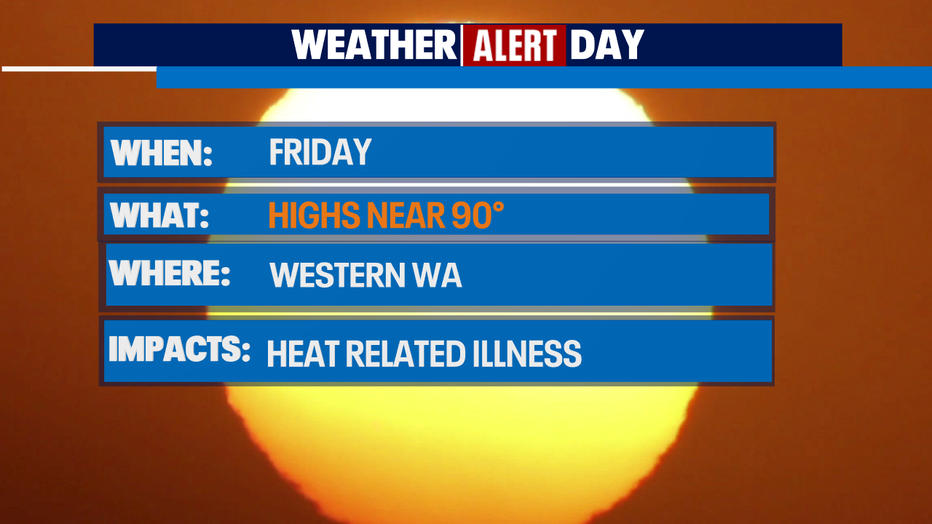 Wednesday we hit 88 in several spots including Seattle, SeaTac, and Olympia.  We should land there again Thursday with beautiful blue skies. 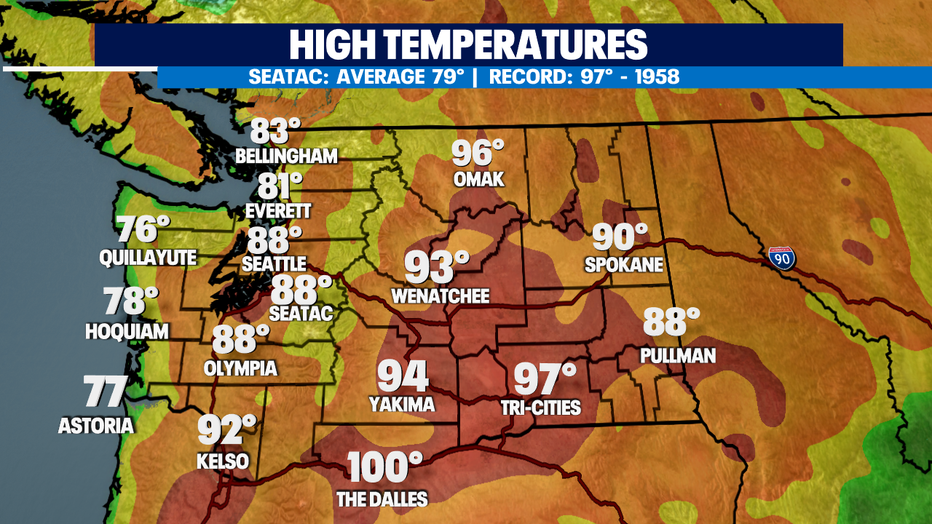 Highs east of the mountains will be very hot as well!  Temps will push into triple digits for many areas, and that's why there's a "Heat Advisory" in effect Thursday - Saturday.  With extreme heating during the day overnight temps will be warm, only dropping off into the upper 70s making for uncomfortable sleeping conditions. 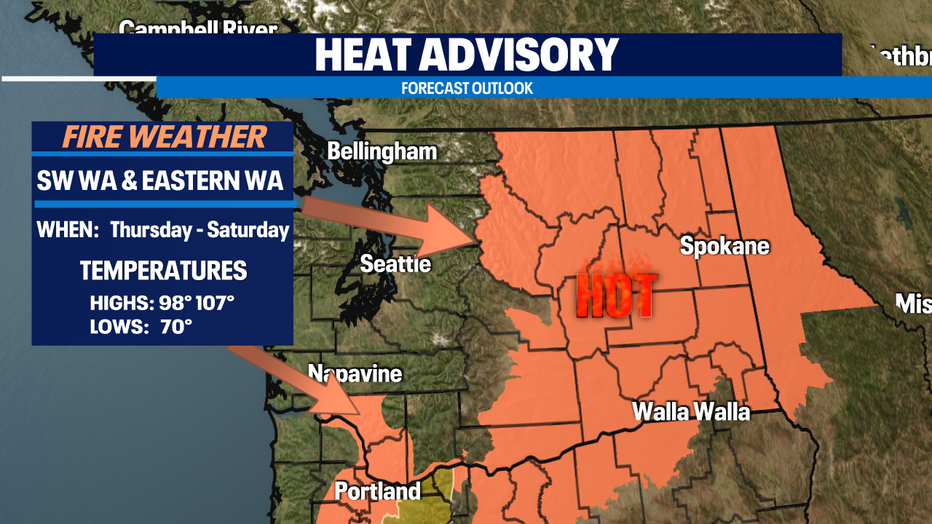 Not only will Eastern WA deal with extreme heat they're also still in the critical zone for fire danger.  With grounds tinder dry fires are spreading rapidly making it so difficult for firefighters to keep up and gain control of so many areas burning.  We expect smoke and haze to blanket the region for some time. Unfortunately, that means very unhealthy to hazardous air quality values east of the mountains.  West of the Cascades we're still in the "green" good zone. 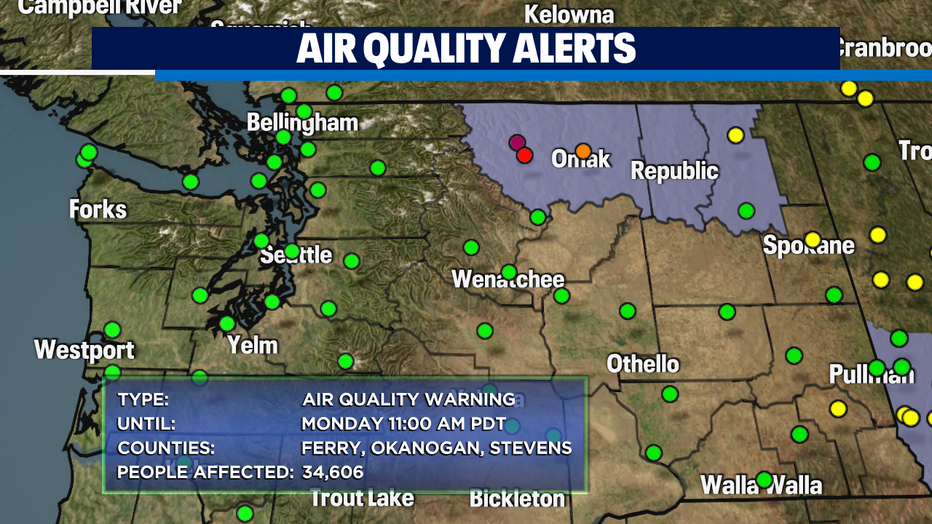 Back in Western WA as temperatures climb above average over the next several days we can expect lows to hang on the warmer side, in the mid to upper 60s.

Thursday looks like a repeat of Wednesday with Friday a few degrees warmer into the 90s for some.

The interesting element to the weekend forecast is a chance for some light rain in the lowlands with most of the moisture hanging over the mountains where we could see some thunderstorms rumble through starting Sunday.  We may see some lightning east of the Cascades and that is not good as one small strike could ignite a whole new fire.

And if you don't like the 90s…. we'll cool right back down to normal by Monday with another chance of some t-storms popping up Tuesday.

Have a great rest of the week all!  ~Erin Mayovsky, Q13 Forecaster 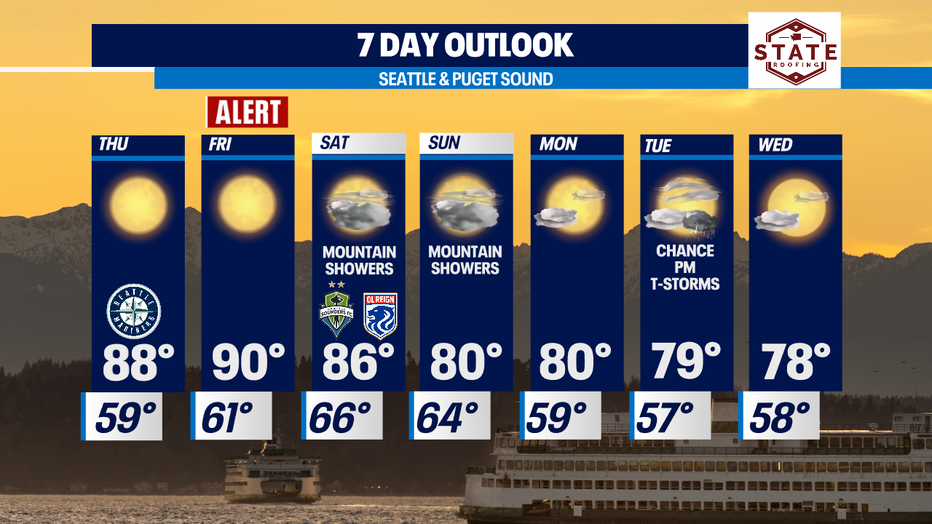 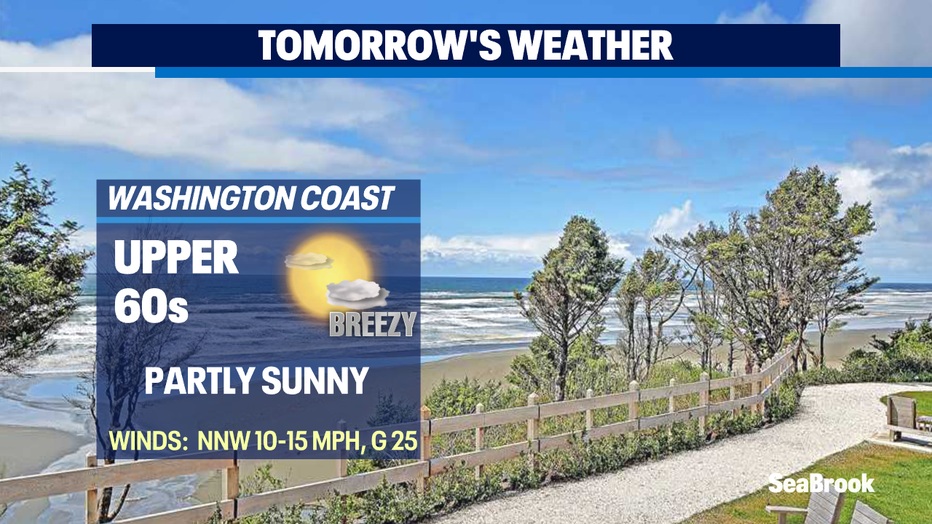 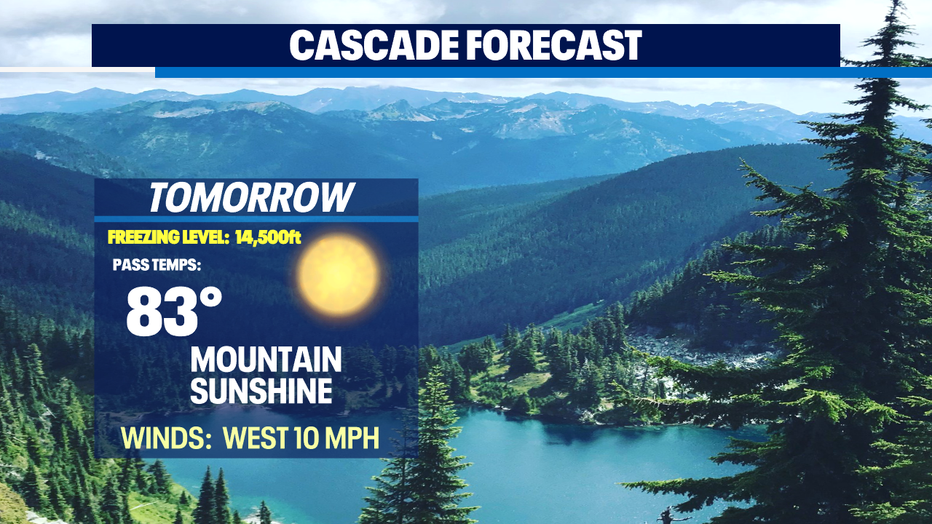 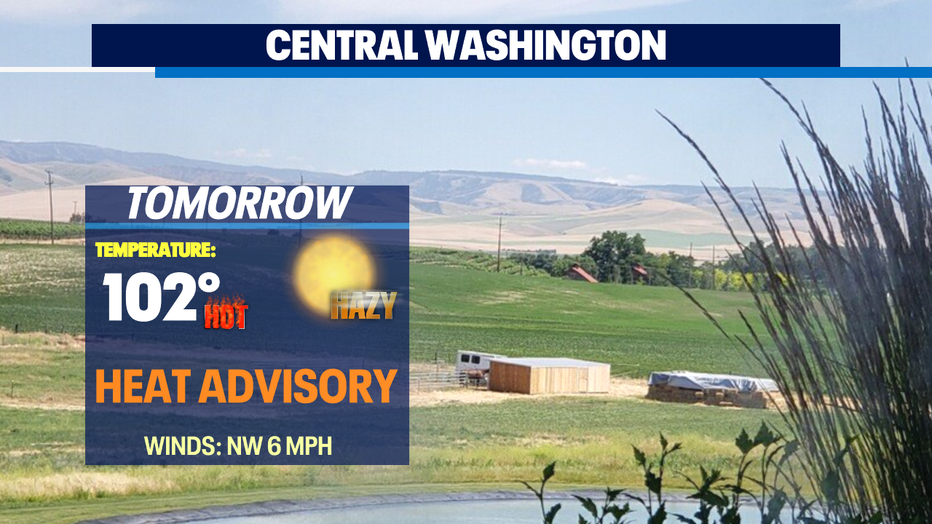