A little rain heading our way won't amount to much relief from wildfire smoke.

SEATTLE - We've been hoping that the weather arriving today in the PNW would be enough to help mix out the hazardous smoky air that's been gripping our region for almost a full week now. Unfortunately, the weather system is looking pretty weak. Winds so far have been pretty light to nonexistent. Instead of a few hours of steady cleansing light rain, it looks like we'll end up with passing light showers that won't amount to much. 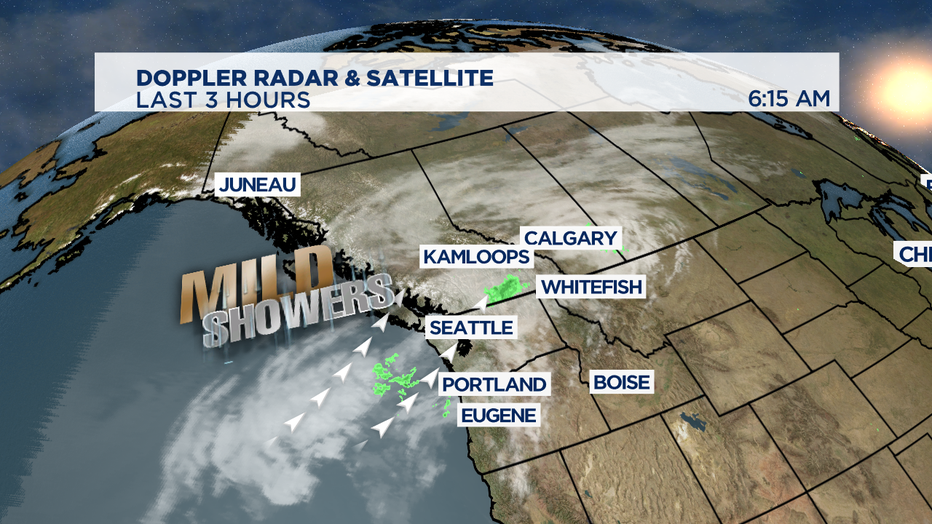 So where does that leave us for today? It likely leaves us pretty smoky smoggy today with high temps again in the mid to upper 60s. Hazardous to unhealthy air quality means to limit your time outside and definitley avoid strenuous activities like exercise outside. Normal high temp is 71 for the last week of summer. Some areas might see a few passing on/off showers this afternoon, but the haze will continue into tonight and tomorrow, too. 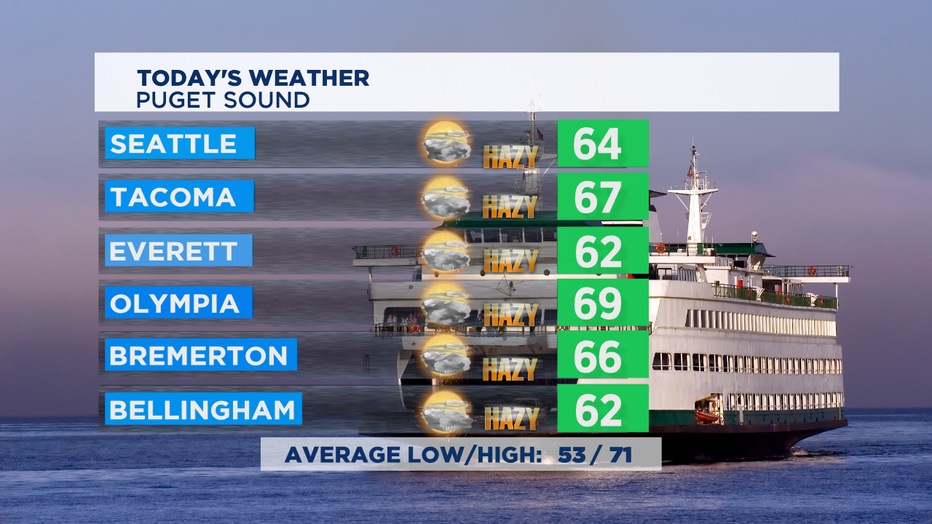 We'll have a low pressure system sitting off shore that will spin in some Tuesday showers, but again, probably short of what we'd need really scour out the smoke particles from the air. We dry out in the middle of the week -- but will probably still have air quality that's unhealthy for sensitive groups to moderate in the nicer spots. 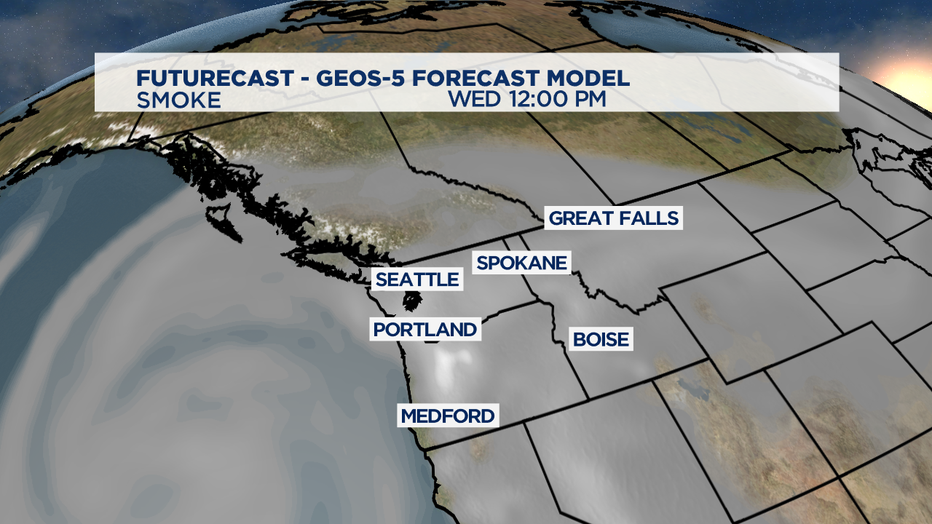 The next round of light rain coming in late in the week (Fri into Sat) could end up being enough to help finally get the smoke out of here. 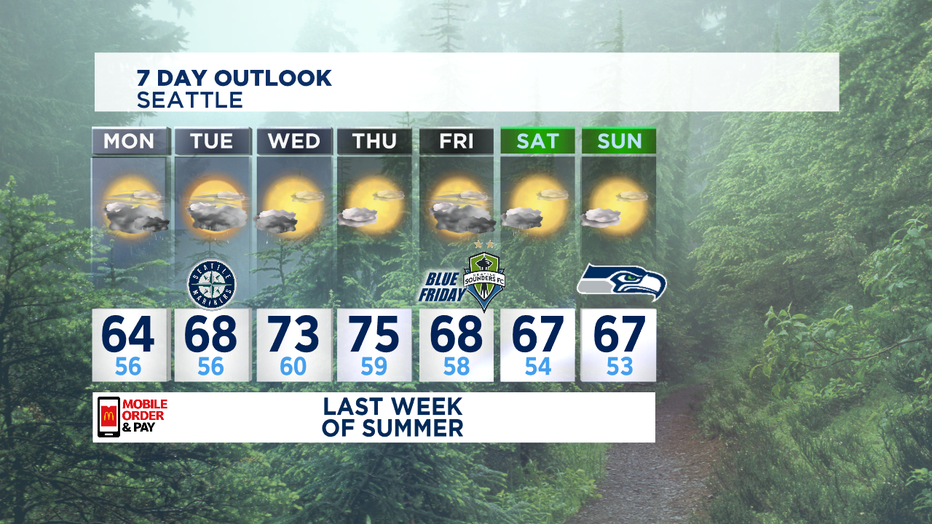 The wildcard remains fresh new wildfires. The blossoming wildfire in SW Washington in the Gifford Pinchot National Forest is just one of several sources of new additional smoke in our area. Stay tuned.