SEATTLE - The first day of winter packed a punch!

We had record breaking temperatures and rainfall amounts along with snow accumulation and gusty winds! A warm front pushed through early Monday, allowing for the warmer weather and heavy downpours. Behind that, a cold front pushed through, dropping our temperaturs enough to see snow in the lowlands. 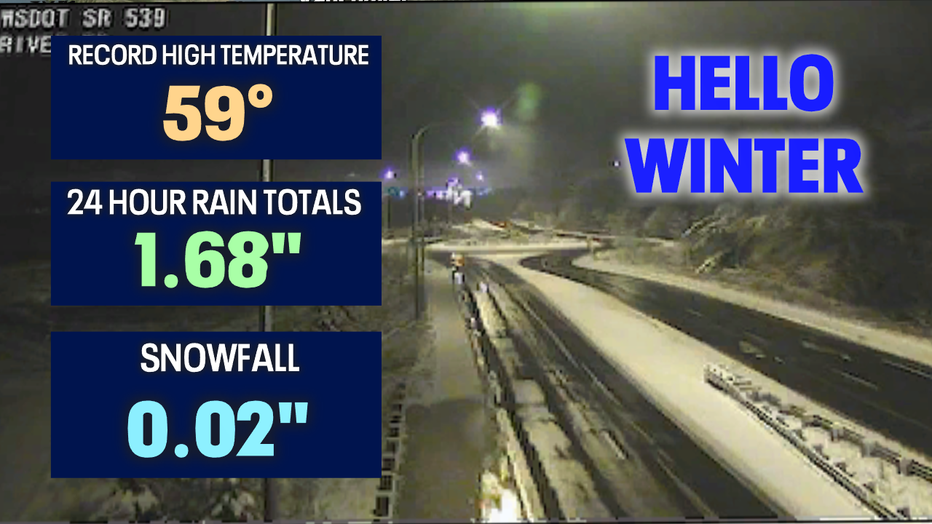 Now that the cold front has cleared, the temperatures will hover just above freezing. It will continue to be damp Tuesday but most of us will dry up. 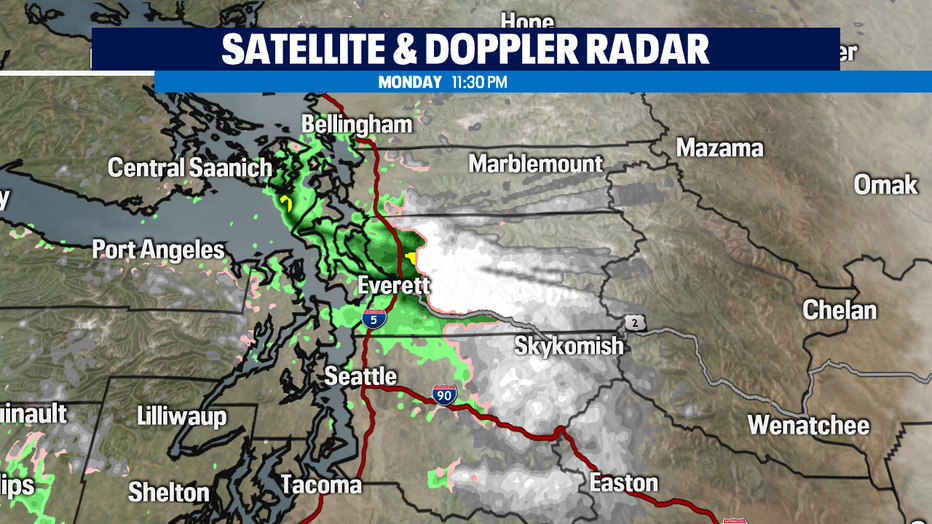 The fog will roll in overnight. Moisture is in place and expect patchy spots of dense fog on your early morning commute. 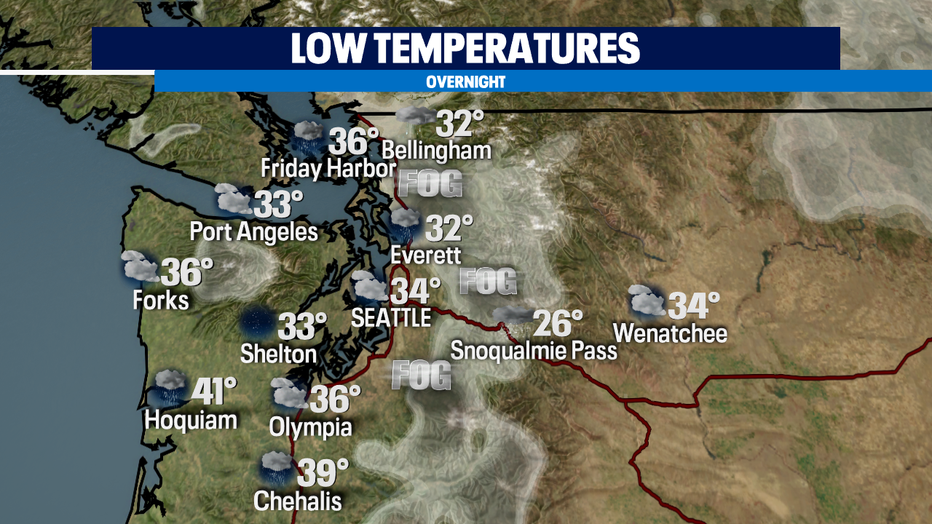 The sunshine will return Tuesday afternoon and we'll continue with, relatively, clear skies for the next couple of nights. This will allow for the temperatures to plunge. Stay warm! 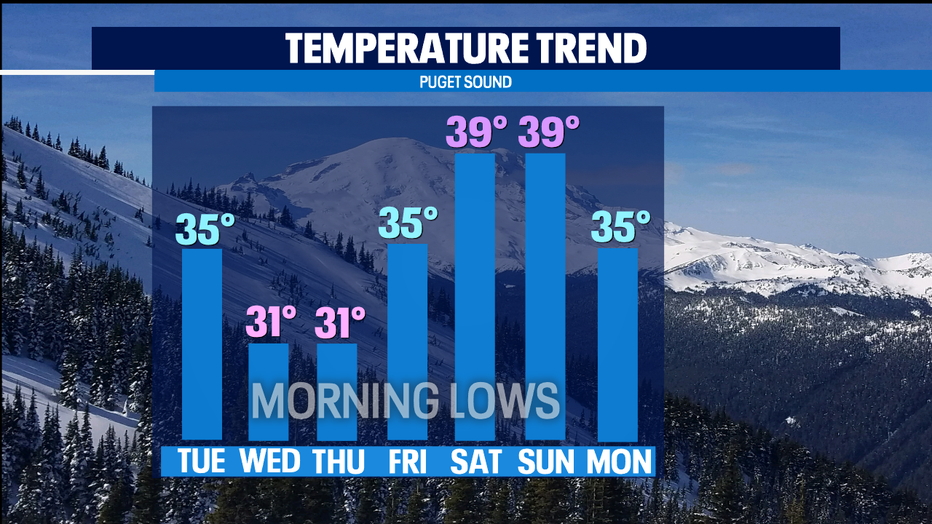