Showers all week, then drying after the weekend

Seattle - What a gorgeous start to Wednesday! Our morning time-lapse caught this beautiful shot of the sunrise. Highs Wednesday landing in the upper 60s to low 70s with Seattle at 71. 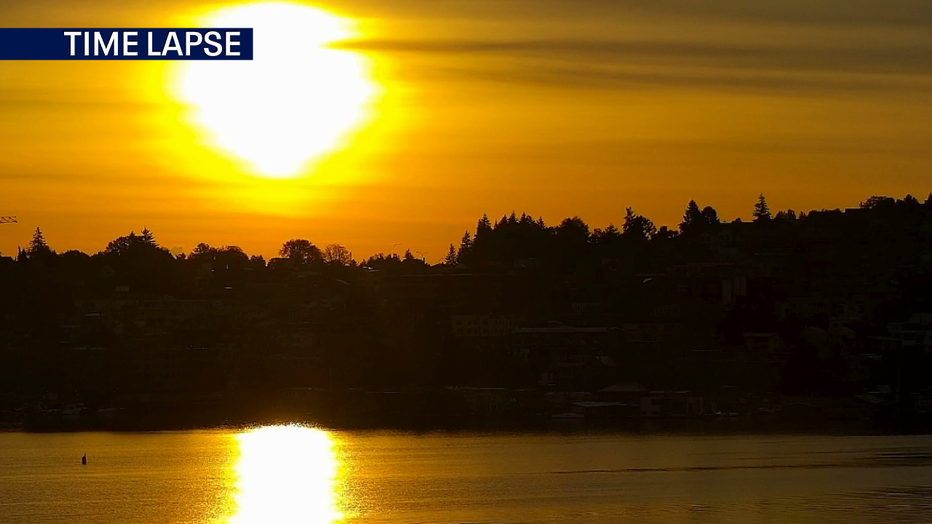 As we close out the week the forecast will change again. We'll enjoy one more day of near-average highs in the upper 60s to low 70s before a series of systems deliver occasional showers and the potential for afternoon/evening thunderstorms, especially over the mountains.

The weekend looks to see the heaviest shower activity with Saturday night into Sunday the key time period. 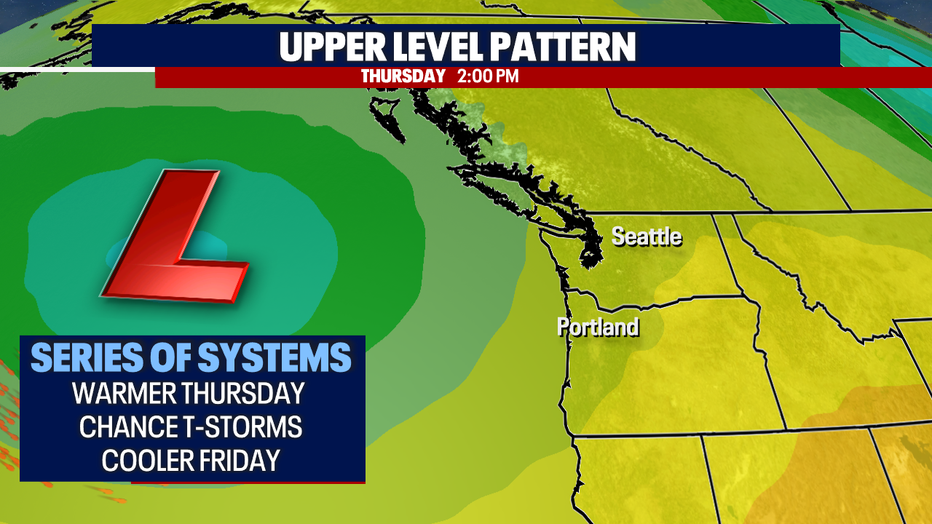 Waking up Thursday morning will feel slightly warmer as temperatures only fall into the low to mid-50s. Our average overnight low for this time of year is now 51. 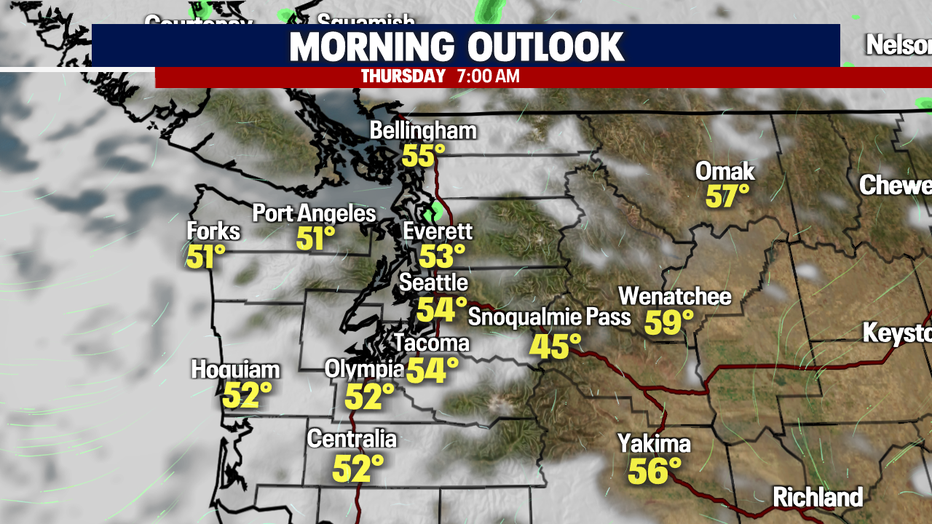 By 7 pm Thursday, look for showers to pick up intensity over the Cascades.  Some areas will see heavy downpours, and small hail along with rolling thunderstorms as instability remains in the upper atmosphere. Don't be surprised if a few stronger cells pop up into the foothills and lowlands. 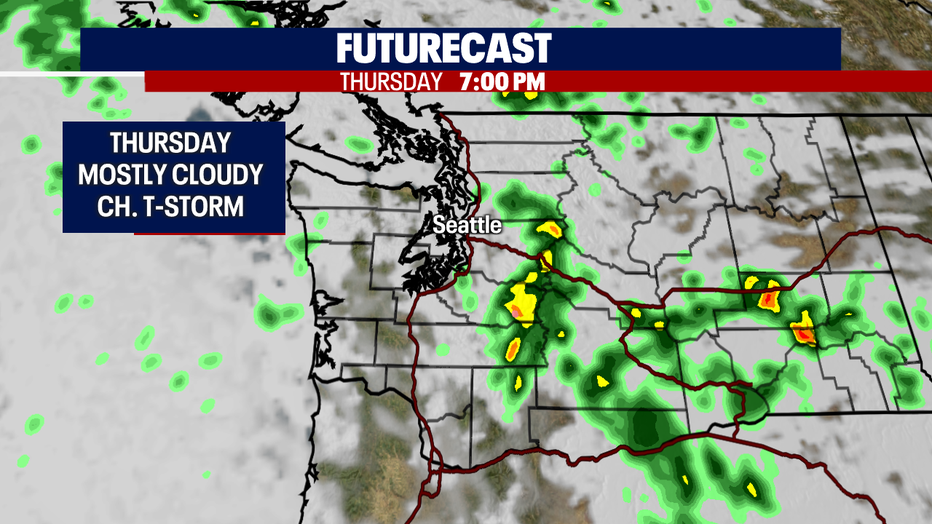 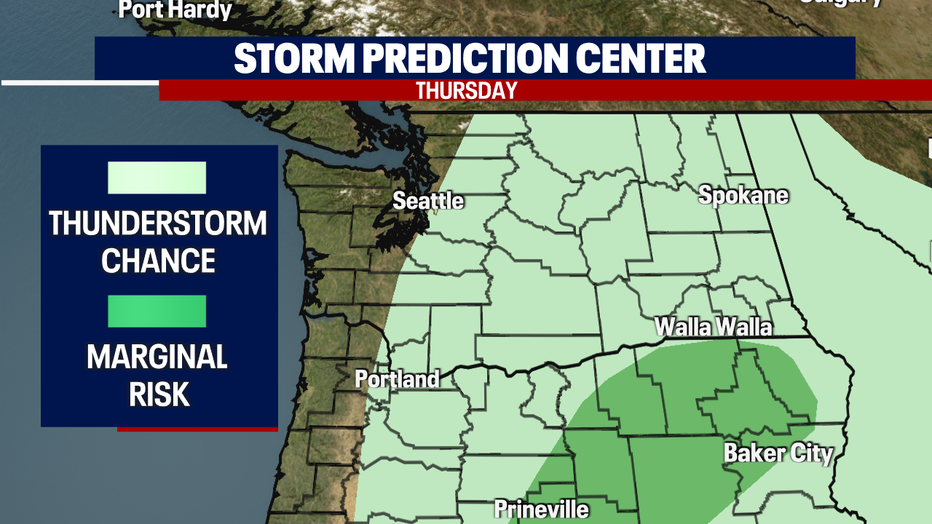 With the intense downpours forecast for the eastern slopes of the Cascades pushing into portions of northeastern WA the National Weather Service is issuing a "Flash Flood Watch" for late afternoon Thursday through just before midnight early Friday. During this time, flash flooding could occur, especially where fires have created burn scars over the terrain. 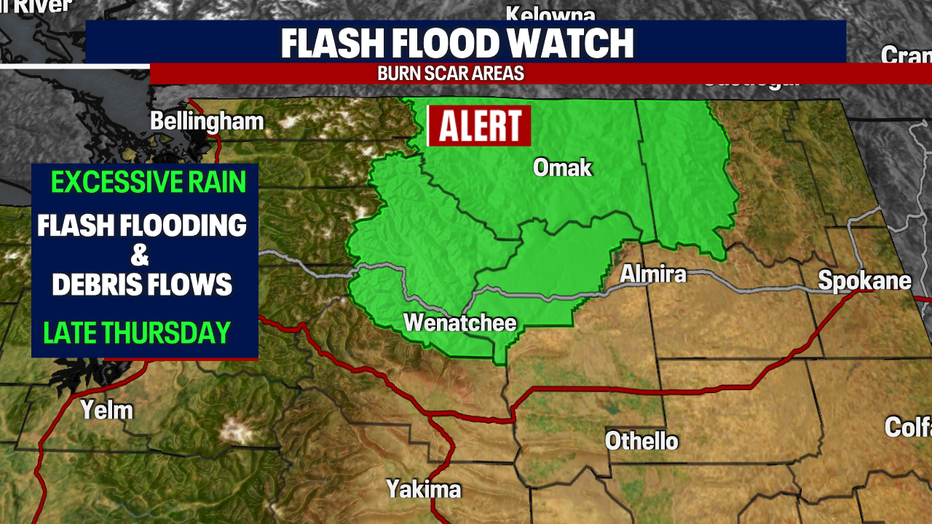 Friday, we'll cool off into the low 60s with widespread showers returning. We'll see a brief break in systems Friday night into Saturday ahead of the next stronger system.

Late Saturday night into early Sunday rain will pick up, blanketing the region yet again.  Winds will become breezy at times. Highs over the weekend hang in the mid-60s.

We will gradually dry out as we start next week, but at this point, another low offshore will keep a chance of more systems finding their way into Western WA midweek.

Have a great night all!  ~Erin Mayovsky, FOX 13 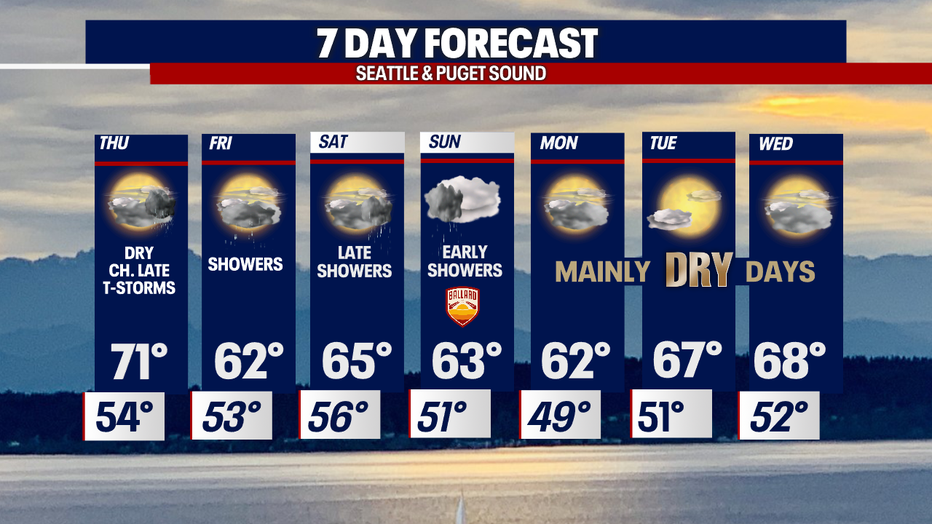 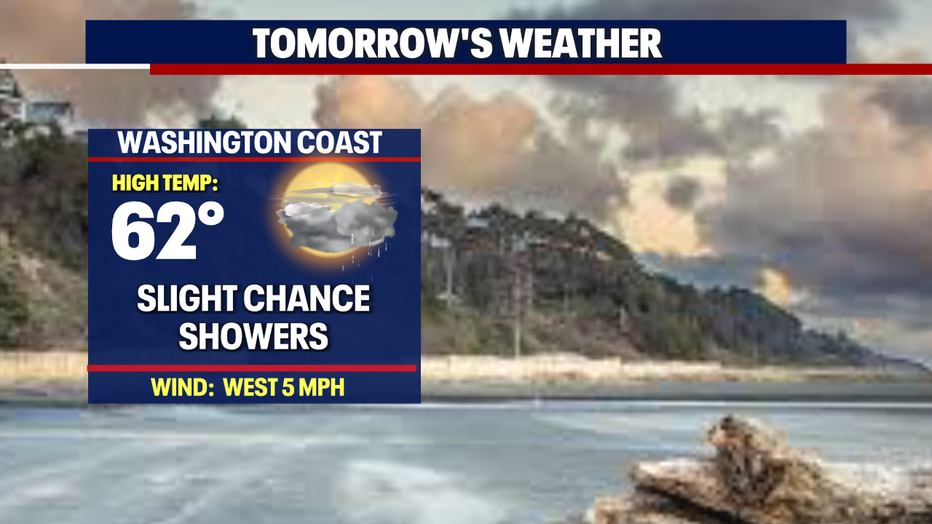 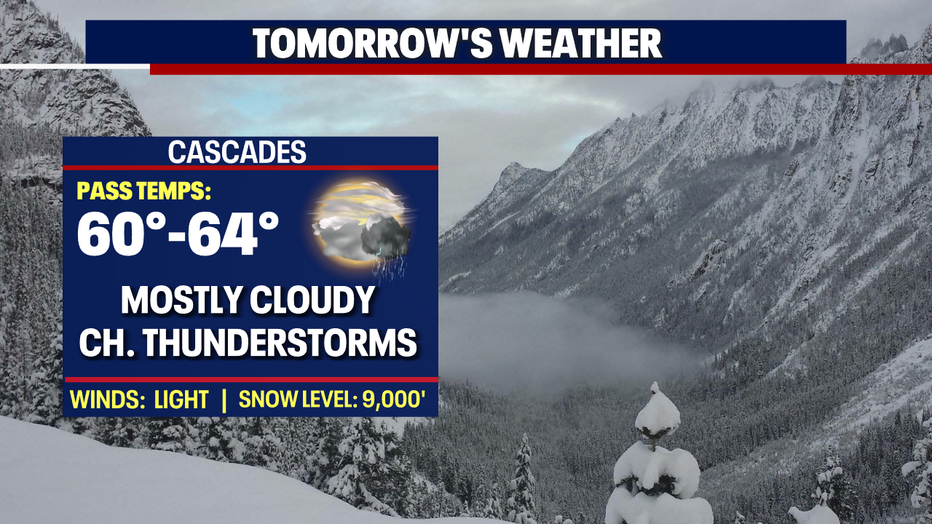 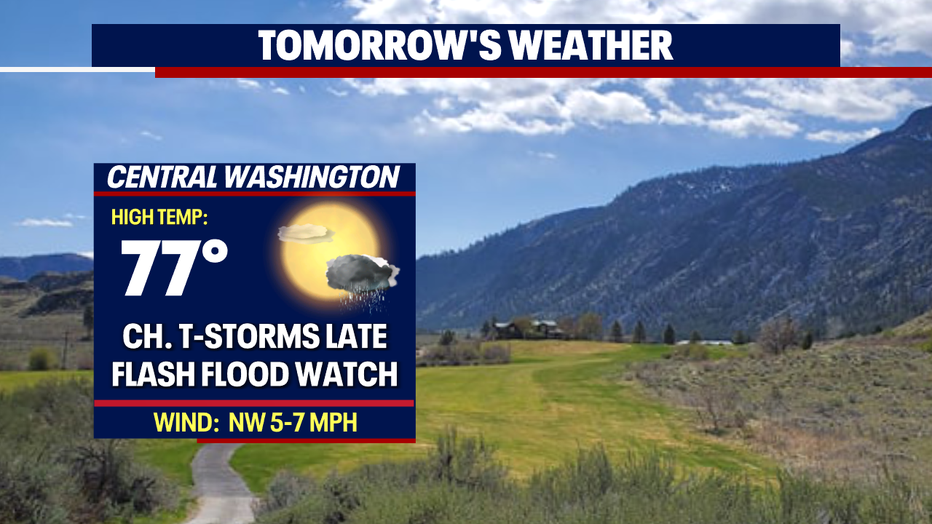