Although there has been steady rain and a decent snowpack, much of the PNW is still in drought

Both the California Department of Water Resources and the Metropolitan Water District of Southern California are projecting shortages in water supply to occur later this year.

According to the Las Virgenes Municipal Water District, about 70% of water usage is for used outdoor landscaping in the suburbs just outside of Los Angeles.

The water district recently declared a state of emergency, activating their water shortage contingency plan. Outdoor watering budgets have been reduced by 50% effective May 1.

But water hogs beware: the water district has a new tool to crack down on homes using too much water. 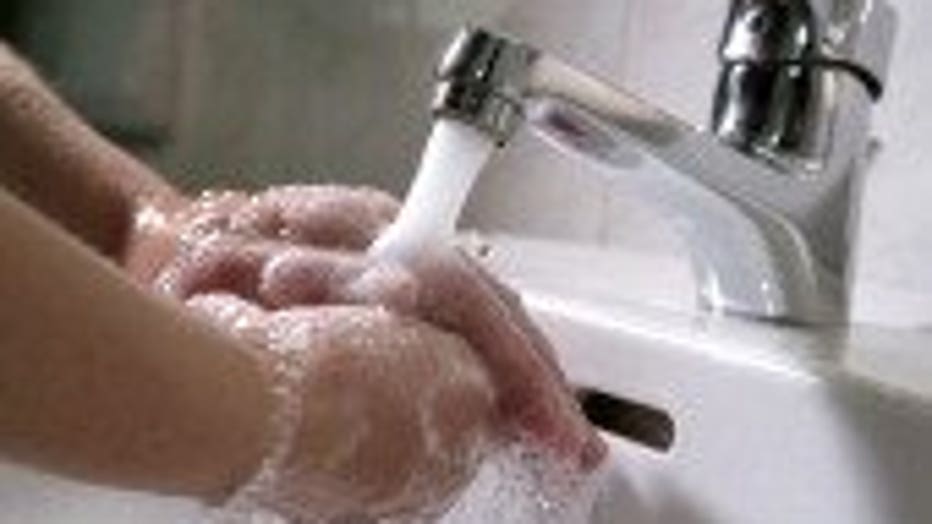 Flow restrictors have been installed in 20 homes of customers who use too much water. The device is about the size of a half dollar with a small hole in the middle. Once installed, the ability to water anything outside is eliminated.

"Not everybody is going to be getting this, and hopefully just the minority of homes will be getting these flow restrictors," Las Virgenes Municipal Water District spokesman Mike McNutt said.

While the current number of homes with the device currently installed may not seem like a lot, there are over 1,600 customers earmarked. 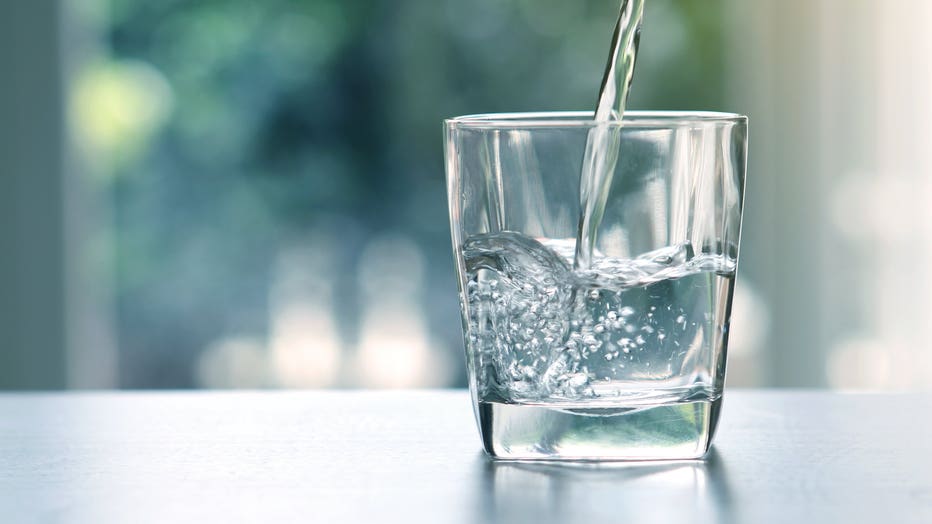 "A lot of these people are very egregious water users, meaning that they have consistently gone over 150% of their allocated water budget, and that puts them eligible for sure to have a flow restriction device put on," Las Virgenes Municipal Water District spokesman Mike McNutt said.

For many water customers in the service area, McNutt said they have the means to pay for exceeding water budgets and penalties, and it's not a real issue for them.

STOP THE SPRINKLERS OR PAY FINES IN PARTS OF CALIFORNIA

Customers that exceed their revised water budgets by more than 150% could be charged as much as $10 more per unit of water. Penalties range from the hundreds if not thousands of dollars, depending on how much water they use.

The flow restriction device is not meant to be monetary or punitive but as a deterrent to get people's attention. It’s installed for at least two weeks while the customer works on their water conservation. 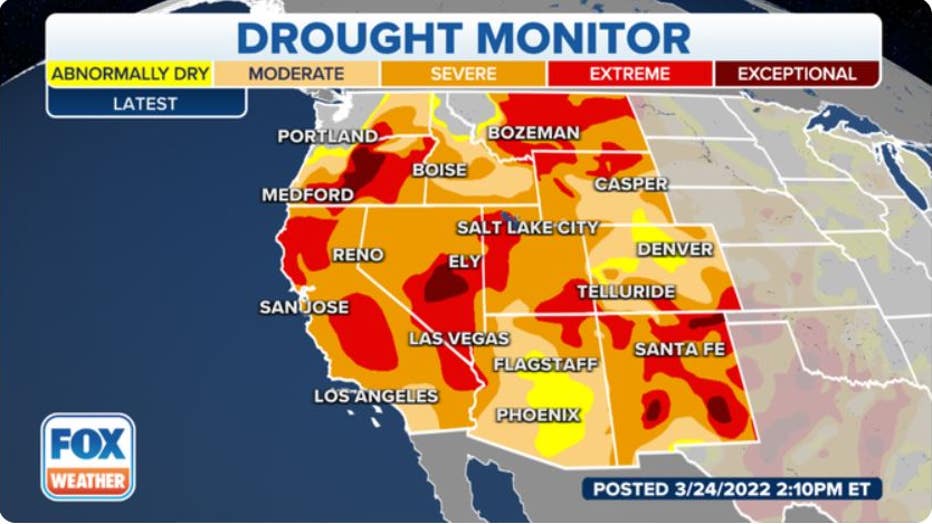 Most of the West is dealing with drought conditions. (FOX Weather)

"This is a way for us to get attention from not just those homeowners, but to really highlight that we're serious about this because the drought is incredibly serious," McNutt said.

The U.S. Drought Monitor puts 97% of California in "severe drought" and 60% in "extreme drought." The state is in the midst of a third consecutive year of drought.

THE US DROUGHT MONITOR EXPLAINED

"When somebody exceeds their water budgets, then we know that they're exceeding how much water they should be using," McNutt said.

Tampering with the restrictor device could lead to a $2,500 fine.

Track the temperatures in your area with the FOX Weather app. The free FOX Weather livestream is also available 24/7 on the website and app and on your favorite streaming platform. The FOX Weather Update podcast also provides weather information for the entire country.